“We have to just make sure that the people who need to get around on public transit options can do so.”

The 15-member board unanimously to appoint Richards, the first planner to lead SEPTA, during their November board meeting, ushering in a new era of leadership for the authority, as she replaces outgoing general manager Jeffrey Knueppel in January 2020.

“SEPTA is critical to the vitality of the Philadelphia region, and to the Commonwealth of Pennsylvania as a whole,” said Richards, a former board member, in a press release. “I am honored to be selected as the next General Manager, and look forward to working with SEPTA employees, riders, residents, and other stakeholders to ensure we meet the region’s transportation needs now and for years to come.”

Gov. Tom Wolf appointed Richards to lead PennDOT in 2015.  The University of Pennsylvania-educated city planner began PennDOT Connects, a program that seeks input from local stakeholders before a transportation project begins to ensure it will be a good fit for the community.

The soon-to-be GM said Thursday that she wants to bring a similar approach to SEPTA. 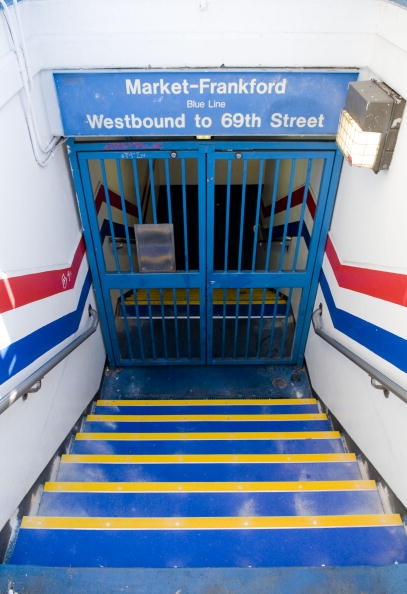 Entrance to a subway stop on the Market-Frankford line.

She will be “really looking to see how we can engage our community and our advocacy groups to see where the needs are,” Richards said.

Transit equity is a concern, she said. “I’m very well aware that quality-of-life issues are tied to transportation.”

“We have to just make sure that the people who need to get around on public transit options can do so,” Richards said. “[That] they can feel safe when they do it and that they can access it just as easily as others.”

Richards takes SEPTA’s helm as Act 89, a state funding mechanism for public transportation throughout the state that helped fund the authority’s capital projects, approaches its end. The program sends hundreds of millions of dollars in PennDOT funds to SEPTA annually, money now at risk.

“I’ve been working on that every single day in my responsibility as transportation secretary, said Richards. “And I will continue to [do that] as the general manager of SEPTA” by working with state and federal officials because “we cannot risk losing that amount of money.”

In the meantime, Richards says she is eager to get to work on projects such as the expansion of platforms on the Market-Frankford Line to accommodate eight-car trains, the comprehensive bus network redesign, trolley modernization, and the King of Prussia Rail.

And then there is the SEPTA Key, which has been a headache for riders and with its clunky rollout, perhaps SEPTA officials, too.

“That is one of the areas that I really want to get a handle on,” she said. Richards, a Key card user herself, acknowledged it hasn’t been a smooth transition from tokens and paper passes to the key card, but “from what I understand, these types of improvements and these types of transitions never are.”

“It’s not like you start it, and you end it and it’s over,” she said. “We have to continually tweak it” and “figure out what works best and how to best utilize the technology.”

“I want to see where the details are,” she added. “I know a lot of work needs to be done.”

Richards is also chair of the Council on Active Transportation for the American Association of State Highway Transportation Officials, a nonpartisan nonprofit that represents highway and transportation departments in the United States and Puerto Rico.

While there, Richards advocated for cyclist and pedestrian experts to sit at the table alongside highway experts when it comes to setting national standards, according to one report. She touts herself as an advocate for “active transportation” and the “multi-modal network.”

“Public transportation is just a piece of it,” she said. “It doesn’t pick you up at your door and drop you off at your exact location. There is that first mile, last-mile issue. And whether people want to walk that first mile, last mile whether they want to hop on a bike, there’s the bike share that’s already available in a lot of the SEPTA region, whatever it is we know that public transportation is a piece of that.”

PlanPhilly is part of WHYY,  the leading public media station serving the Philadelphia region, including Delaware, South Jersey and Pennsylvania. This story originally appeared on WHYY.org.