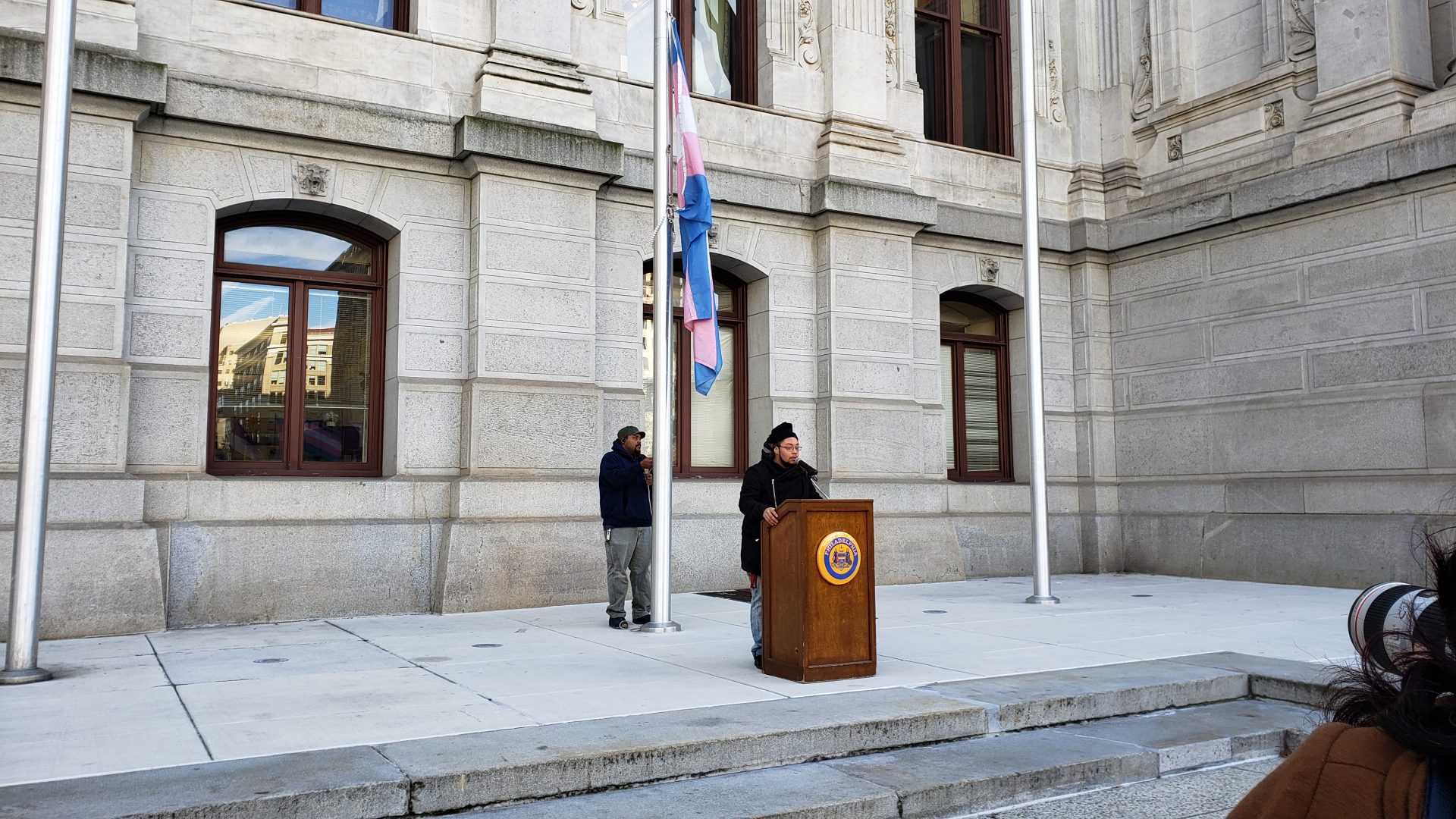 (Philadelphia) — A flag raising was part of Transgender Day of Remembrance at Philadelphia City Hall. The event brought out people from many diverse communities in Philadelphia including Marcus James, who identifies as trans person of color, and says it’s difficult to live in Philadelphia.

This is the 20th Transgender Day of Remembrance in the U.S. and the fifth year Philadelphia raised the trans flag at City Hall. Mayor Jim Kenney attended the ceremony.

Johniece Greer says being a member of the trans community can result in a great deal of heartache.

“I get sick and tired of repeating myself over and over, or going to marches over and over, and being disappointed when I find out my trans siblings are being murdered or committing suicide because of who they are,” Greer said.

Greer says members of the community are hard-working and want to live a life without threats and intimidation.

“The work that we do and the work that my trans family does, we’re doing it to make it better for us, and to deal with how society views us,” Greer added.

“We are strong, resilient and courageous. You give us lemons, we can turn it into wine.”

In New Jersey to mark the day, Attorney General Gurbir Grewal issued a directive to all state, county and local law enforcement agencies that governs interactions with transgender individuals. The “LGBTQ Equality Directive” is an attempt to ensure that all individuals are guaranteed safety and dignity in their encounters with law enforcement, regardless of their sexual orientation, gender identity or gender expression, the office said.

The Attorney General today also announced a new public awareness campaign by the Division on Civil Rights to protect the rights of lesbian, gay, bisexual, transgender, questioning and intersex individuals under the New Jersey Law Against Discrimination, and an expanded policy by the Juvenile Justice Commission regarding LGBTQ+ juveniles.