In this Thursday, Nov. 14, 2019 photo, Jerome Dillard poses in Milwaukee. Dillard, a former inmate who is now the state director of Milwaukee-based advocacy group Ex-incarcerated People Organizing, supports ending prison gerrymandering. A longstanding U.S. Census Bureau policy for counting inmates as prison residents means a significant portion of Milwaukee’s poorest neighborhoods will be undercounted because their incarceration rates are among the highest in the nation.

The government’s longstanding policy to count inmates as residents of the prison where they are held diminishes their political power back home. 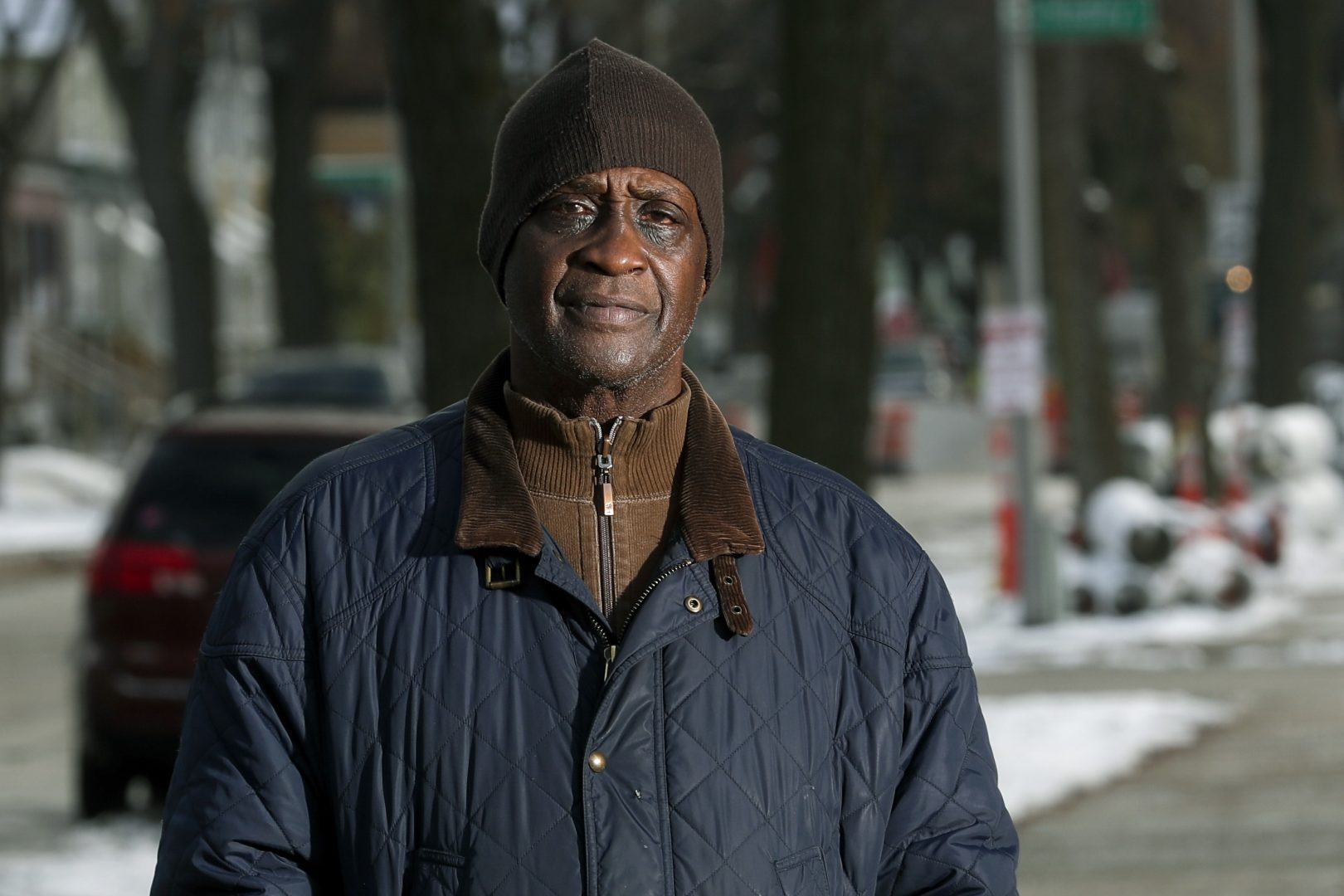 In this Thursday, Nov. 14, 2019 photo, Jerome Dillard poses in Milwaukee. Dillard, a former inmate who is now the state director of Milwaukee-based advocacy group Ex-incarcerated People Organizing, supports ending prison gerrymandering. A longstanding U.S. Census Bureau policy for counting inmates as prison residents means a significant portion of Milwaukee’s poorest neighborhoods will be undercounted because their incarceration rates are among the highest in the nation.

(Madison, Wis.) — When the U.S. Census Bureau counts residents of Milwaukee’s poorest neighborhoods next year, a significant portion of their population will be missing: prisoners.

For these predominantly black areas, with incarceration rates among the highest in the nation, the government’s longstanding policy to count inmates as residents of the prison where they are held diminishes their political power back home.

“When you undercount people for the census, they end up losing in that community dollars that could go toward services that can help remediate poverty,” said state Rep. David Bowen, a Milwaukee Democrat co-sponsoring legislation to end what critics call prison gerrymandering.

Democrats argue the system shifts resources from traditionally liberal urban centers — home to many inmates who are disproportionately black and Hispanic — to rural, white, Republican-leaning areas where prisons are usually located.

“It’s really artificially shifting money … based on something that isn’t reality,” said U.S. Rep. Mark Pocan, a Wisconsin Democrat who is co-sponsoring legislation in Congress to change the census policy.

Republicans, however, argue that towns with prisons need federal money for the additional costs they bring, such as medical care, law enforcement and road maintenance.

“There are a lot of costs. It’s not all peaches and cream having a prison in your community,” said Arizona state Rep. T.J. Shope, a Republican who represents the town of Florence, where prisoners represent about two-thirds of the population of 30,000.

Although the Census Bureau has counted inmates as prison residents since 1850, states control redistricting and can move those populations to their home counties for that purpose or not include inmates at all when maps are drawn. Some states controlled by Democrats are passing laws to prohibit using prison populations to draw legislative maps. Washington and Nevada this year became the fifth and sixth states to pass laws since 2010 banning using prisoners for redistricting, joining New York, Maryland, California and Delaware.

Nine other states, including Wisconsin, Pennsylvania, and New Jersey, have similar proposals pending. Connecticut, which has the fifth-highest incarceration rate for black men, argues in a federal lawsuit that using prisoners for redistricting purposes — and putting them in districts where they didn’t live before incarceration — violates the one-person, one-vote requirement of the 14th Amendment. A federal appeals court in September allowed the lawsuit to proceed. 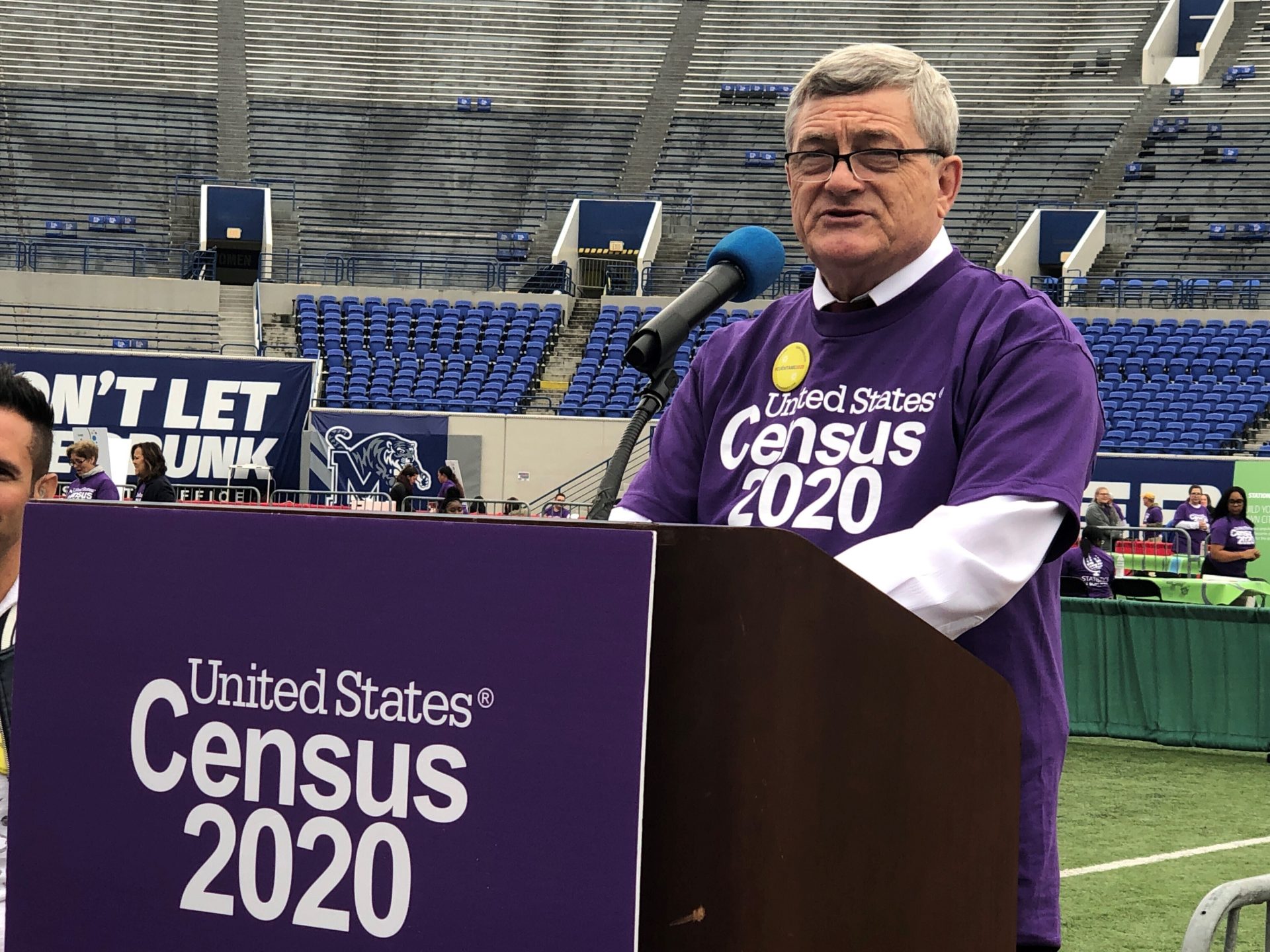 The Census Bureau’s policy pertaining to prisoners didn’t get much attention until recent decades because the population wasn’t large enough to alter representation, but now the U.S. imprisons more people than any other nation.

The way inmates are counted impacts the distribution of dollars and heightens political jostling over representation in legislative districts and local offices — even though prisoners can’t even vote in most states.

“The rural counties benefit tremendously off of the back of individuals who are incarcerated in those regions,” said Jerome Dillard, the state director of Ex-incarcerated People Organizing, a Milwaukee-based advocacy group that, among other things, wants to restore voting rights to former prisoners.

Dillard, 65, said he was in prison in Wisconsin from 1992 to 1996 for using a fake Social Security number to open a bank account. He said prisoners often know nothing of the community where they’re counted and never benefit from services available to permanent residents.

Meanwhile, the districts that inmates call home diminish in size and political representation.

An April study from two Villanova University professors illustrates this.

Professors Brianna Remster and Rory Kramer counted more than 100,000 black inmates as residents of Philadelphia, where they were from, rather than in Pennsylvania prisons. Their finding: The city would have gained at least one majority-minority state legislative district.

Wisconsin’s prison population is smaller than Pennsylvania’s but the effects of using prisoners in redistricting are still apparent.

Wisconsin state prisons confined about 23,500 black men as of August, including 7,800 from Milwaukee — a Democratic stronghold.

State legislative District 53, about 90 minutes northwest of Milwaukee, has a large black population — larger than 74 other state districts, at least on paper. But of the 2,784 African-Americans in the district in the last census, almost 80 percent were incarcerated, according to the Prison Policy Initiative, a nonprofit that wants to end using prisoners for redistricting.

“What we see is that you’re kind of padding the numbers, you’re allowing certain districts to have a particular voting power when they don’t actually have that population,” said Rep. David Crowley, a Milwaukee Democrat co-sponsoring the bill to count prisoners where they last lived.

Crowley said most prisoners aren’t serving long sentences; nearly 65 percent are expected to return home within five years, meaning the effect of the census count — undertaken every 10 years — will persist even after they’re back home, he said.

But Shope, the Arizona lawmaker, compared counting inmates as part of legislative districts to counting people in the country illegally.

“I don’t consider it a problem,” Shope said. “The census is a snapshot, a snapshot in time on one day, and we count inmates where they are currently housed the same way we count undocumented residents where they’re currently residing.”

The Census Bureau is not changing its current policy to count prisoners as prison residents, though it has opened the matter up for discussion. In a response to public comments on the issue, the bureau said the practice is consistent with how the agency has long defined what a person’s “usual residence,” is, meaning “where a person lives and sleeps most of the time, which is not always the same as their legal residence.” The decision came despite nearly 78,000 public comments in 2016 favoring counting inmates at their pre-prison address. Four commenters favored keeping the current policy.

But the Census Bureau said that since some states are considering whether to change where they count prisoners, states in 2021 can request a special dataset that will list prisoners at their pre-prison address for redistricting purposes.

Democrats hope Wisconsin seeks that data, but they face long odds in the state Legislature, where majority Republicans withstood years of litigation over accusations that they gerrymandered legislative districts in their favor in 2011.

Assembly Speaker Robin Vos, a Republican, said he opposes the bill to change how prisoners are counted.

“I think the system has worked well as it is,” Vos said.

Bowen disagrees. He said Wisconsin needs to come to terms with its history.

“When you are growing up in areas that have been, you know, that have been on the receiving end of oppression and plunder, of decades of resources being taken from those communities,” he said, “it really means that we should be advocating to right that wrong.”