A Corrrections spokeswoman says the suspension of employees over an inmate death is uncommon. 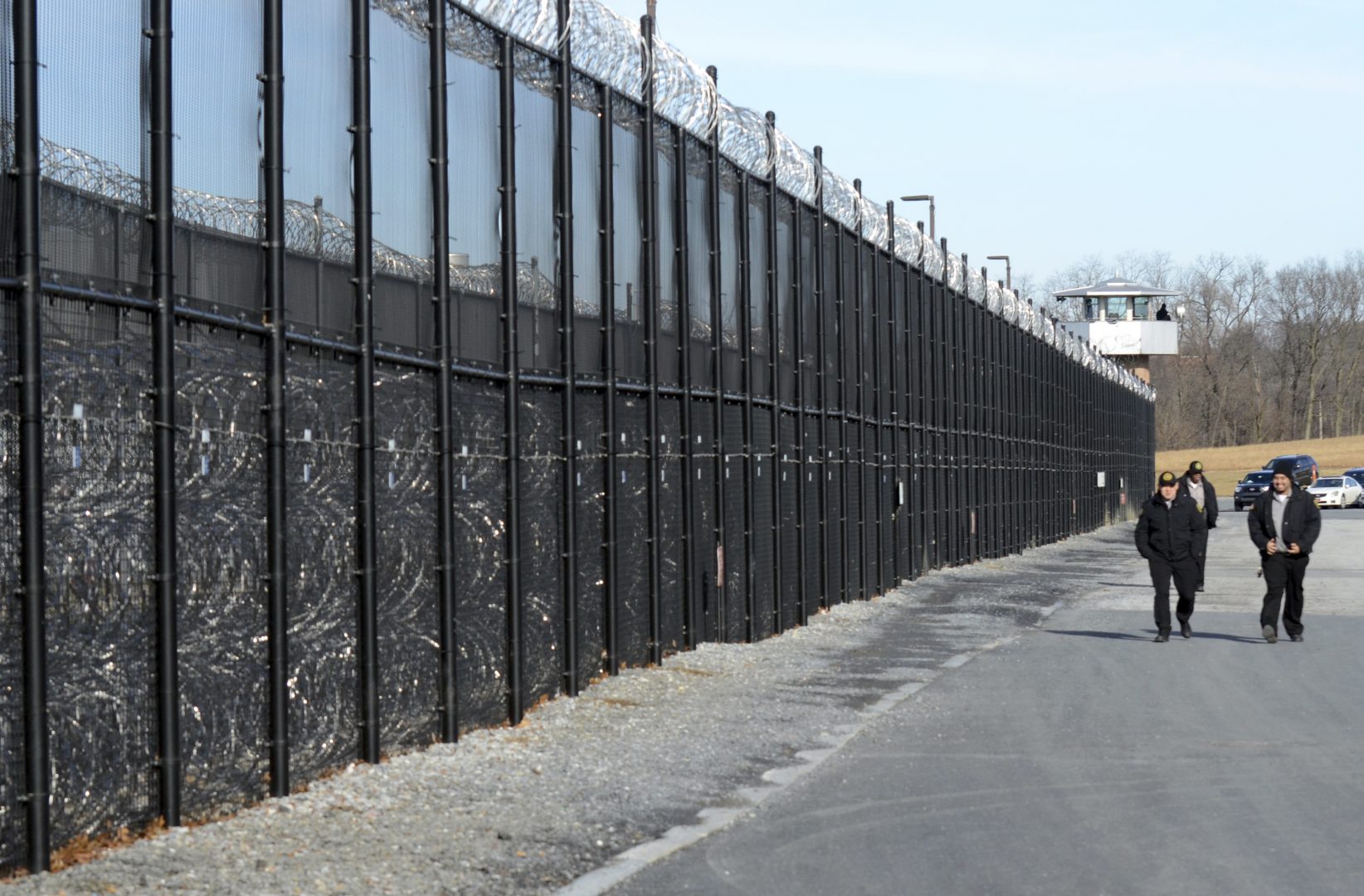 (Harrisburg) — Thirteen employees at a Pennsylvania state prison have been suspended without pay while the agency investigates the death of an inmate last week.

Officials say Corrections Secretary John Wetzel made the decision to suspend the 13 employees until administrative and criminal investigations are completed.

The agency’s news release did not explain why the employees have been suspended but noted state police are investigating. Those suspended include medical and security staff, but no one was identified by name.

The state police station at Frackville had no information about the matter.

Corrections spokeswoman Sue McNaughton said in an email Sunday morning that the suspension of employees over an inmate death is uncommon, and that the county coroner will determine the cause of Briggs’ death. A message for the coroner was not returned. This undated photo from the Pennsylvania Department of Corrections shows inmate Tyrone Briggs. The Pennsylvania Department of Corrections has suspended 13 employees while authorities investigate Briggs’ death. A Saturday, Nov. 16, 2019, release says Briggs died “following an inmate-on-inmate assault” on Nov. 11 at the State Correctional Institution at Mahanoy. The release says department secretary John Wetzel on Friday, Nov. 15 suspended the employees without pay during the criminal and administrative investigations.

“Whatever the outcome of this case, we are going to be as transparent as possible, and the DOC will take whatever remedial measures deemed to be necessary,” Wetzel said in a statement.

The prison warden announced Briggs’ death on Wednesday, saying Briggs and another inmate had an altercation in a walkway near their cells.

Briggs had been waiting to be processed into a restricted housing when he became unresponsive, according to the prison’s news release. It said staff performed CPR before Briggs was pronounced dead.

Larry Blackwell, president of the Pennsylvania State Corrections Officers Association union, issued a statement saying his organization disagreed with the decision to suspend the employees without pay.

“These are people who have rights and families to support,” said Blackwell, declining to comment on the pending investigation. “They should be placed on restricted duty with pay.”

The Corrections Department said Briggs was serving 15 to 30 years for raping a child in Philadelphia. He began serving the state prison sentenced in August 2008 and was at the Mahanoy State Prison since August 2011.

Pennsylvania’s prison system has had 24 deaths from non-natural causes in the past year and 25 in 2018. Those deaths include accidents, assaults and suicides.