“Next year, I’m just really worried because...the lines may be well out the door." 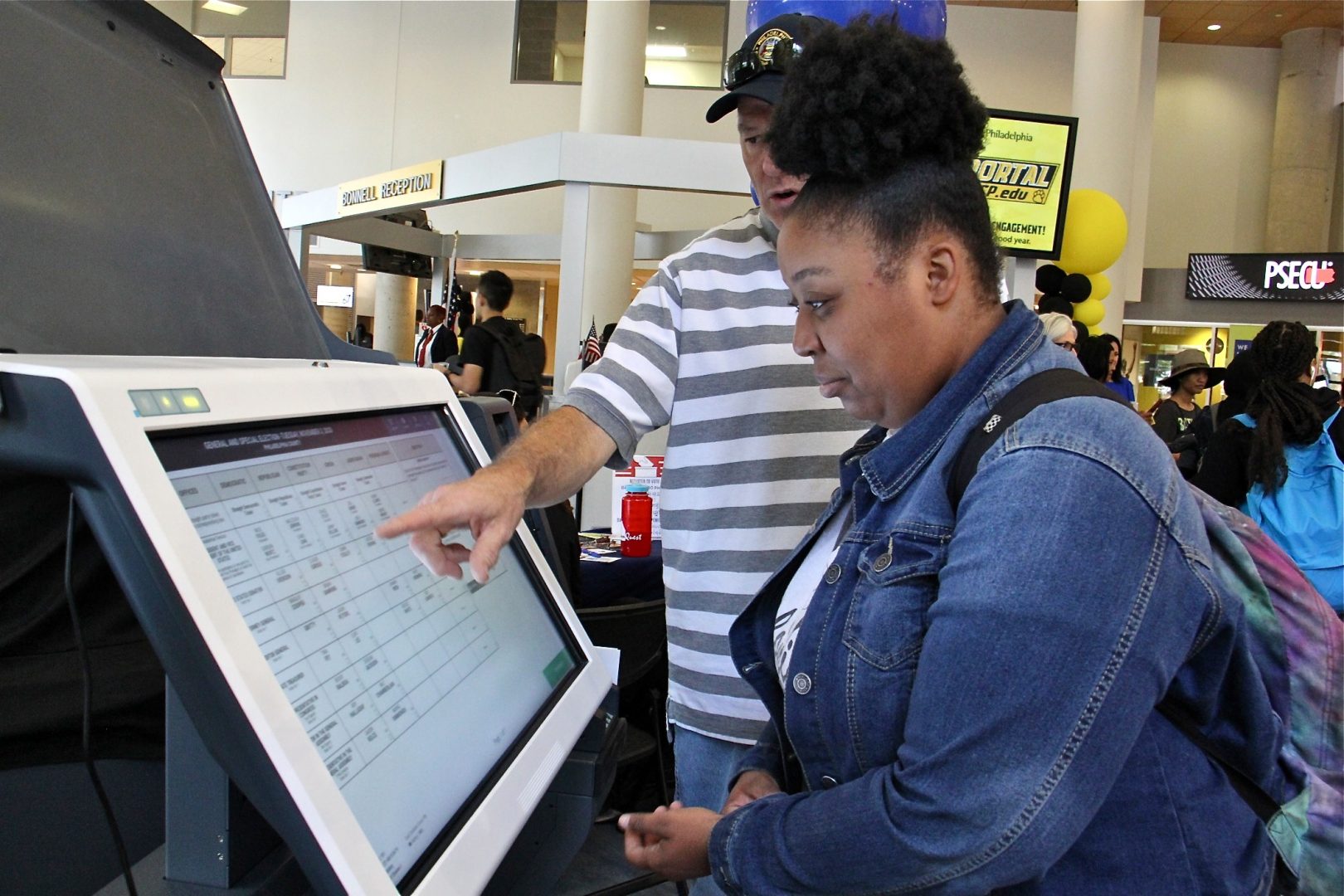 (Philadelphia) — The debut of the brand new touch-screen voting machines in Philadelphia created delays and confusion throughout Election Day.

Voters in West Philly waited for more than an hour to cast a ballot on Tuesday evening, with some having to leave before exercising their civic duty.

The complaints varied on the controversial machines. Across the city, some complained about the touch screen’s sensitivity, in which it changed their selections, while others found the font of the printed ballot too small to read. Some glitches put machines out of commission for a few hours.

Emma Tramble from West Philadelphia said the booth was so dark that she could hardly see the candidates she was selecting.

She added that people at her polling place had to wait a long time to vote, which she attributes to a combination of people getting used to the new machines and others not being familiar with the election itself.

“I think it was that they were learning what was on the ballot at the same time that they were working on a new machine,” Tramble said. “Next year, I’m just really worried because our poll is going to be really active, and the lines may be well out the door, and I don’t know how many people are just going to walk away.” 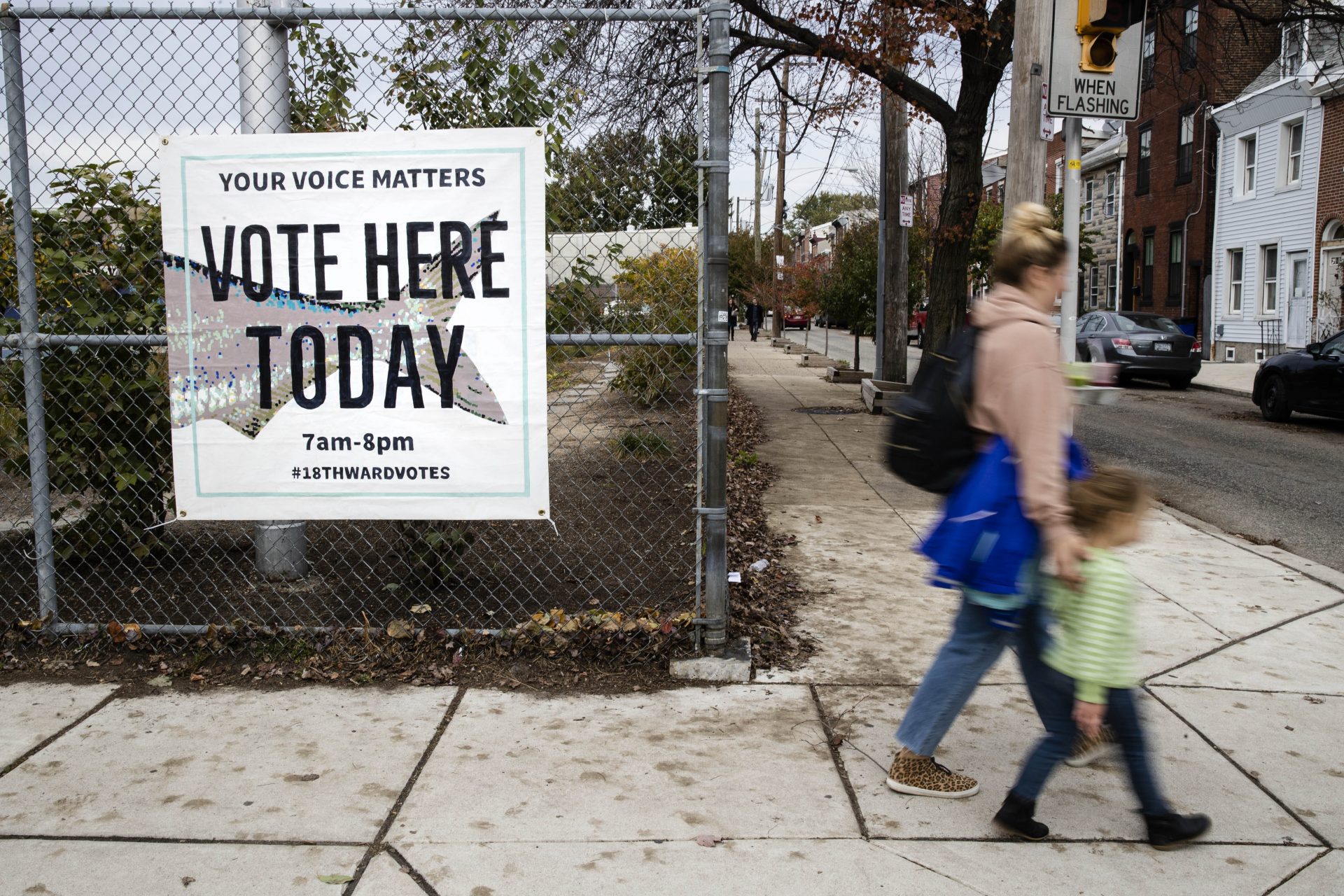 But for the City Commissioners office, which oversees elections in Philadelphia, the rollout of the voting machines — which cost the city $29 million and were rushed into place to be tested before the presidential election in 2020 — was positive.

“It seemed to have done pretty well yesterday, and there wasn’t a room full of complaints,” said Commissioner Anthony Clark. “In terms of the technology of how the machines worked, we had about three or four complaints and those complaints will be looked into.”

Clark said his biggest issue with the machines was the cost for the taxpayers.

“Things went well for the most part,” said Deputy Commissioner Nick Custodio. “We had uptakes in calls in the morning, uptakes in calls at the end of the day, as people who were working on the new procedures of opening, closing polls.”

Custodio said the office will be looking into particular complaints but said results took longer to show because there were new procedures at the end of the night and that users had issues with the machines because they’ve never used them before.

“That’s why we are doing things in the mayoral general [election] and not the presidential year, so we can see where those hiccups are and adjust it going forward so we have a good smooth 2020 election,” Custodio said.

According to the city, the new machines didn’t affect the turnout, which was slightly larger than during the last election. With unofficial results from 94.5% of machines, 26.7% of the total 1,062,588 voters registered for this election turned out to vote. In 2015 during the last mayoral election, the turnout was 26%.

“Twenty-six, 27% is better than what we usually get in one of these off-year municipal cycles,” said Patrick Christmas, policy director with the Committee of Seventy, an elections watchdog group.

Christmas said for presidential elections the turnout is 60% or higher, which is why it was really important to have the new machines out yesterday for a tryout.

“There are tens of thousands of Philadelphians who will be coming out for the first time in a while in April 2020, and then November 2020, who were not there yesterday, and did not see these voting systems,” Christmas said. “And education and engagement around these machines is going to be really, really critical. And that comes down both on city officials and folks outside the building.”

The Committee of Seventy mostly heard complaints of long lines at polls all across the city, where people had to wait 30 or 40 minutes to vote, and of lack of sufficient lighting for people to read their ballots.

Overall, Christmas said, it was a “fairly smooth election” but not without some “significant wrinkles.”

“The city is starting to hear some of the current concerns that came out yesterday but they will certainly be hearing more and no doubt they’ll have plenty on their plates to fix before April 2020,” he said.

Staffers from the City Commissioners office said they didn’t receive complaints of people waiting in line on election night, even though some were voting nearly an hour after the polls officially closed.

As far as the sensitivity of the voting machine screens, Custodio said apparently the problem was people touching the edges of the box containing the name of the candidate instead of the middle of it.

People also took to social media to lament about the way the city published its unofficial election results on Tuesday night.

The results of the election were tabulated on a downloadable PDF instead of sending the numbers to the old elections website. That website is owned by a former vendor, Custodio said.

“Our A plan for election night results didn’t really pan out,” he said. “We’re looking to have a much more robust election nights results for the primary election.”

Official elections results will come in the next 15 to 20 days. After that, staffers from the City Commissioners office will begin to track the issues tackled at voting sites by about 60 technicians during Election Day and also look into voter complaints.