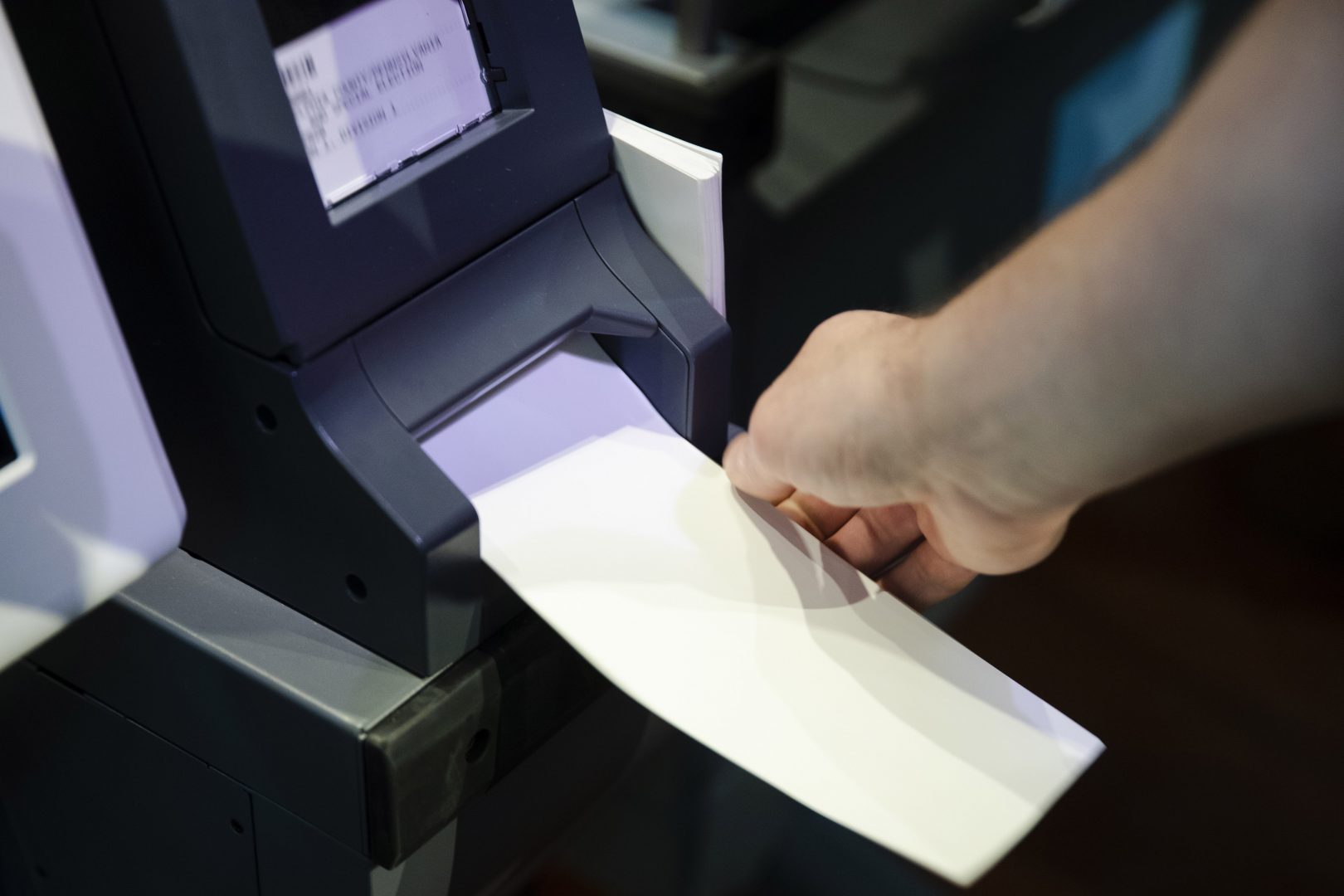 EASTON –  Northampton County and the nation’s largest vendor of voting systems said Wednesday they are working to understand why votes in some general election races were not correctly tabulated.

But answers could be slow to arrive.

Victor Scomillio, a Republican candidate in the judicial race most impacted by the errors, secured a court order Wednesday morning to impound the county’s 320 touchscreen ExpressVote XL machines for 20 days.

It’s unclear how the impoundment order will affect the investigation into what went wrong with the brand new devices.

The process of reviewing the paper ballots delayed unofficial results for countywide tallies several hours until after 5 a.m. the next morning, McClure said

“If there are any positive notes to take away from yesterday — and there aren’t many — in advance of 2020, we know that machine-marked verifiable paper ballots work,” McClure said  during a press conference on Wednesday afternoon.

All counties have until April 2020 to implement new election systems that include voter verifiable paper ballots to comply with a state mandate stemming from a lawsuit over vulnerabilities in Pennsylvania’s election system.

Northampton finalized its nearly $3 million contract with ES&S at the end of May after much debate within the county , not to mention objections to Philadelphia selecting XL and ongoing controversy over the Pennsylvania Department of State’s certification of the machine.

“There is no excuse for this failure. ES&S needs to diagnose the problem, fix it and ensure this never happens in the future. The people of Northampton county paid millions of dollars for this system, and they expected it to work as advertised,” McClure said as he stood alongside ES&S Senior Vice-President of Product Development Adam Carbullido at Wednesday’s news conference.

Carbullido also apologized for the issues with the machines.

“As we go through this analysis and root cause identification process, we want to be very transparent to everyone and let you know exactly what we’re finding exactly what we’re seeing what we conclude and what the resolution is,” Carbullido said.

Carbullido said the company will look first to ballot programming logs to try to figure out the root of the problem. That can happen even with the impoundment order in place.

“But we do need to eventually get to those machines,” Carbullido said.