One exception was York County, where problems at some polling places led to delays, frustration 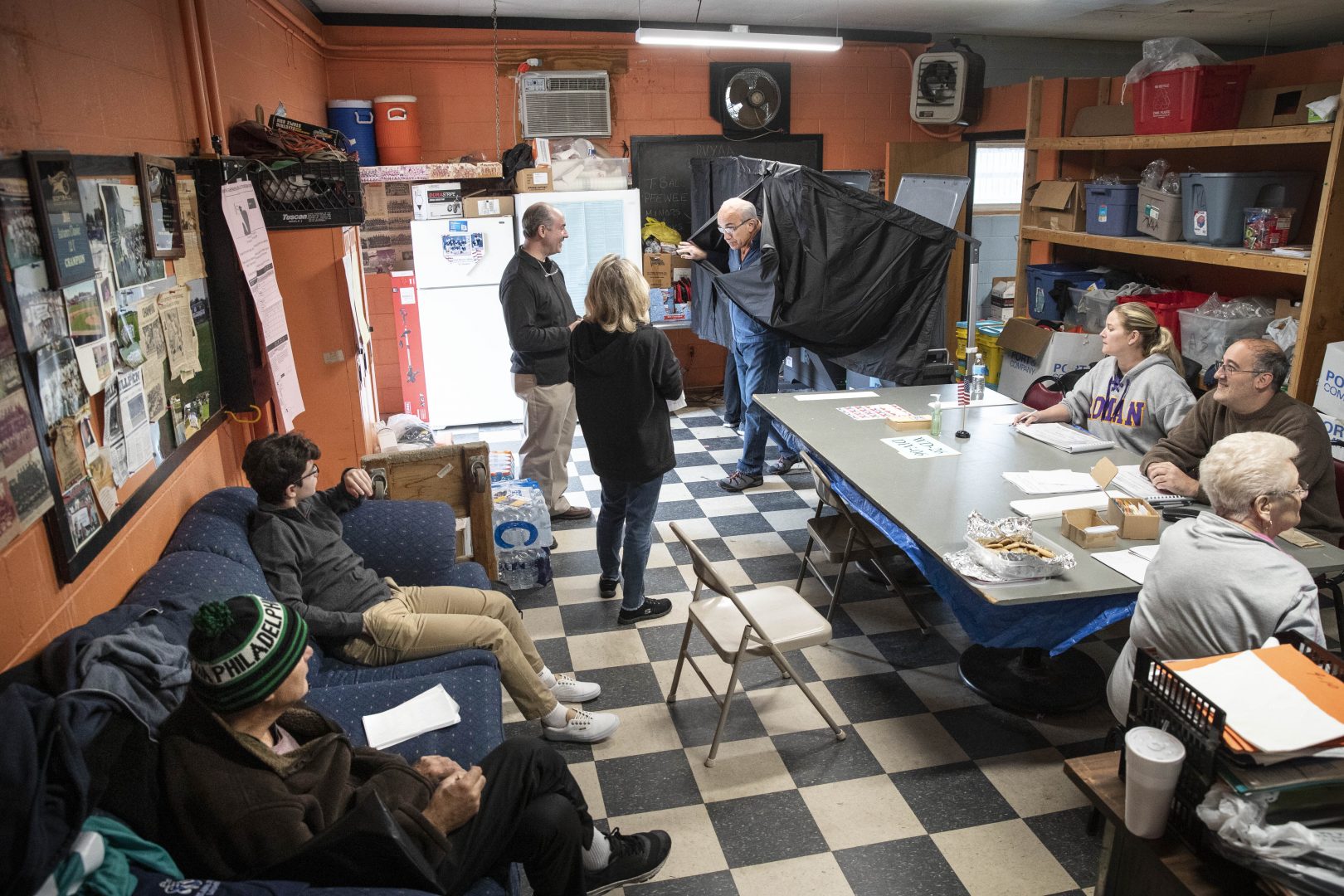 About half of Pennsylvania’s 67 counties rolled out new voting machines for the off-year election Tuesday, with only a few reports of problems or confusion at the polls.

Voters in York County complained early in the day of delays caused by problems with the ballot scanning devices.

State Sen. Kristin Phillips-Hill, R-York, says she started getting calls shortly after the polls opened Tuesday morning that the machines were jamming and causing delays. She said those problems could affect voters’ confidence in the election.

“One machine per polling place was simply not enough to move smoothly,” county spokesman Mark Walters said in a statement. “The county also misjudged the time it would take to scan two ballot sheets per person.”

York County introduced voting machines made by Dominion Voting Systems Inc. The optical-scan ballots are marked by voters using pens, then are fed by each voter into a scanning machine, with every paper ballot kept on file should an audit be needed.

Dominion did not respond to a request for comment.

Walters said if ballots could not be immediately scanned by the machines, there is a way to store them so they can be counted later. In his emailed statement Tuesday night, he said ballots that were put in “emergency holding boxes will be scanned at the polling places.”

The state Republican Party said it received “endless reports of voter machine malfunctions” across the state. It said there was a “complete breakdown” of the electoral process.

However, acting Secretary of State Kathy Boockvar said Tuesday’s election — which featured 45 counties using new voting systems — was held with “little incident” and said “the majority of the state saw only isolated issues.”

In Jefferson County, which also debuted its Dominion system, poll workers reported problems with Sharpie markers bleeding through the paper ballots and causing them to be rejected, according to chief clerk and elections director Karen Lupone.

It wasn’t happening in every precinct, but Lupone advised poll workers to stop using the markers in favor of black pens packed in their equipment bags as a backup in case the Sharpies ran dry or extras were needed.

As of Tuesday’s election, two-thirds of Pennsylvania’s counties have implemented new voting technology, part of a complete statewide replacement required under the terms of a lawsuit filed in the wake of the 2016 election. That settlement requires every county to use systems that produce an auditable paper trail. A handful of counties introduced new machines for the May primary.

At a news conference in Harrisburg, state officials said they are on high alert for any efforts by hackers to disrupt the voting systems across Pennsylvania. But the state’s top elections officer downplayed complaints about the new machines introduced in most of the state on Tuesday.

“Most of the issues are actually fewer than normally we would receive from the old systems,” Acting Secretary of State Kathy Boockvar said. “There are always issues no matter what the system, but everything has been very routine.”

Carbon County Democratic Party chairman Billy O’Gurek said things seem to be going well there with the county’s new Dominion machines. As in York and Jefferson counties, Carbon voters expressed concerns upon noticing the permanent marker bleed-through issue and were assured their ballots would be tabulated correctly.

O’Gurek said he heard of one ballot being rejected for over-voting because the voter had picked three choices in the commissioners race (only two selections were permitted); in that case, the voter recast a new ballot without a problem.

Fulton County introduced a Dominion system on Tuesday and experienced no delays or problems at the polls, according to Eldon Martin, the county’s director of technology.

“But the real test will come tonight,” Martin said. “The vast majority of voters are just filling out ballots by hand and dropping them in a slot. So, zero problems at this point, but the actual scanning of ballots happens this evening.”

Armstrong County Democratic Committee Chairman Steve Atwood has been hearing about the issue with Sharpie markers, too.

“At a lot of them, the markers bled through and voters had to redo their ballots,” Atwood said. “They’re small complaints, but I thought that was a big issue – if you have markers bleeding through, throw them out and use something that works.”

Mercer County voters filled out ballots by hand Tuesday for the first time in decades. Countywide, the rollout went relatively smoothly, according to Jeff Greenburg, Mercer’s director of elections & voter registration. He said there were some problems scanning “folded absentee ballots” after polls closed. As many as several dozen will need to be counted Wednesday at the courthouse, he said.

A few polling places in Mercer County saw lines during the early morning rush. Election judge Patsy Heath attributed that to the transition to hand-marked ballots, which took voters longer to complete than the touchscreen direct-recording electronic, or DRE, device previously used by the county. Also, turnout was higher than it usually is for a municipal primary, she said.

In Northampton County, leaders with the Republican and Democratic parties both said multiple polling places saw longer lines than usual this morning ​as the process took longer with new machines.

The county introduced the ExpressVote XL machine, a touchscreen system that prints out a paper record for voters to review. ​

The details of what led to longer lines weren’t clear.

Becky Bartlett, a spokesperson for the county, declined to comment about the reports of delays. Bartlett said in an email that the Northampton County Election Commission will not release a statement until the election is concluded.

At a Bethlehem elementary school, a steady stream of voters came in and out Tuesday morning and early afternoon. Most voters interviewed said they thought the new machines were very easy or relatively easy to use. But voter Cheryl John said the new machine is “touchy.​” By that, she means it is easy to pick the wrong candidate with the new machine.

“If you touch something, you don’t even know you’re just going down the line, and you could accidentally pick it and not know you did,” John said.

She caught a mistake after reviewing her choices on the screen. She said it’s important that others do the same.

“If they don’t pay attention, they’re going to vote for somebody they don’t even want to,” she said.

Joe Rasley left the Charles Chrin Community Center in Northampton County around 7 p.m. He said he waited more than an hour to vote.

“It was pretty bad. One of the machines went down. There was a paper jam, and this manual process in there is a mess,” Rasley said.

He is not a fan of the new machines.

“I think they’re awful,” he said and laughed. “So we’ll see when it’s all taken care of. And hopefully next year is a better process.”

Karla Harris voted in a room right next to the room with the hour wait time.  Her polling district wasn’t having any problems. She waited a few minutes.

“It was very easy,” she said. “It was surprisingly pleasant.”