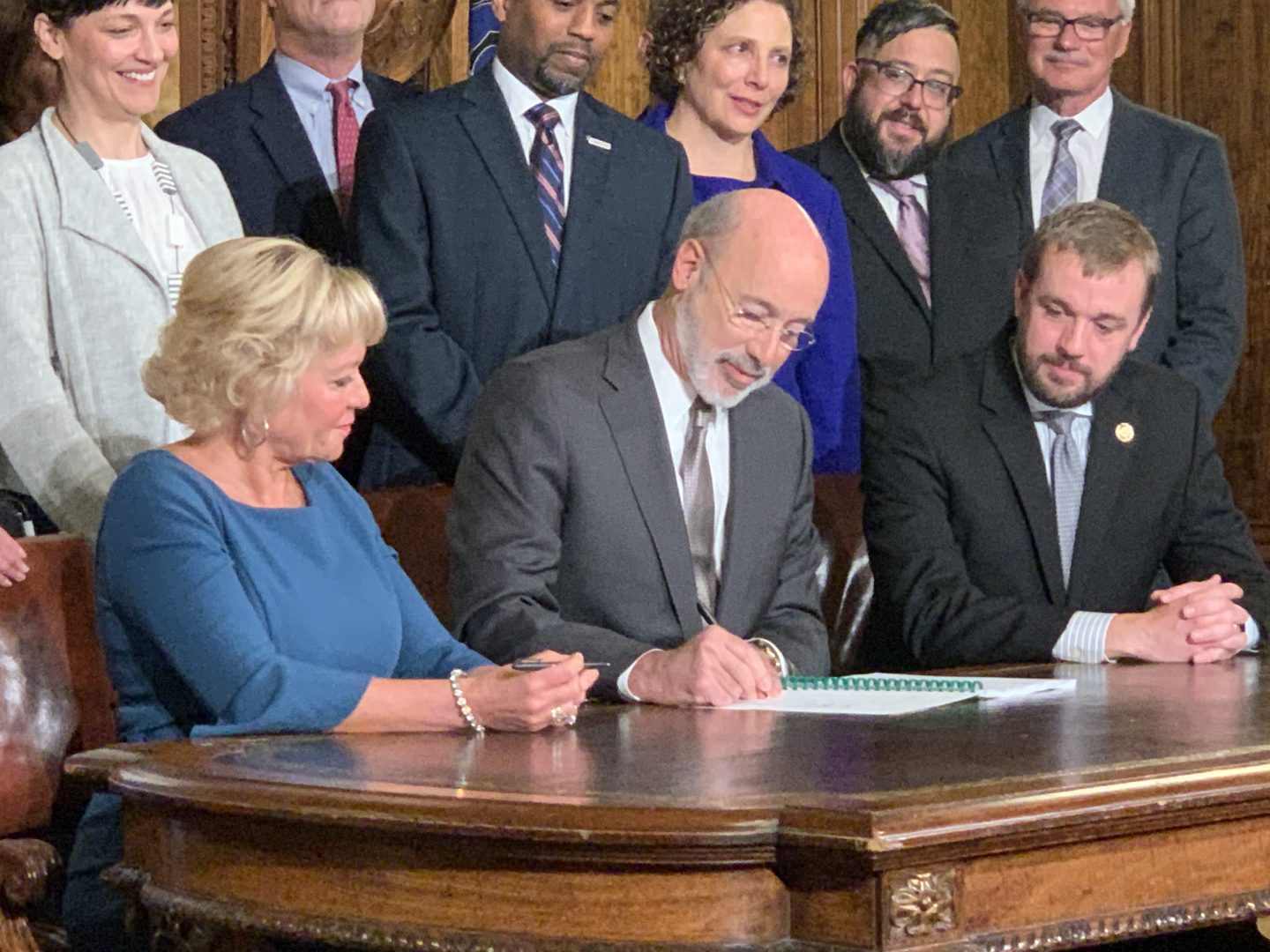 I’m in Mercer County for elections coverage today, continuing to follow Pennsylvania’s mass upgrade of voting machines. Voters here are filling out ballots by hand – versus using touchscreen machines – and the county will keep the ballots for an audit the Pa. Dept. of State will pilot later this month. By next spring’s presidential primary, those changes will be in effect statewide, as per a lawsuit settlement. The endeavor entails individual decisions by each of the state’s 67 counties – and $150 million, combined, in taxpayer funds. It’s been a lot to keep track of. But secure elections are critical to holding officials accountable, and our work to cover our government depends on support from readers like you. PA Post is running a fundraising initiative now that triples your support of our accountability reporting. Details on our NewsMatch campaign are here. -Emily Previti, Newsletter Producer/Reporter

How does Pa. compare on absentee ballot deadlines? A photo of Marsy Nicholas, the namesake for victim rights legislation that has passed in several states, sits against a chair during a 2013 rally in Santa Ana, Calif. Nicholas was killed in 1983. (Bret Hartman/AP Images for Marsy’sLawForAll.org)