Filmmaker M. Night Shyamalan testifies in support of film tax credits during a hearing before the Pennsylvania House Democratic Policy Committee, held at the Museum of the American Revolution in Philadelphia.

‘One of the greatest places to shoot in the world’: M. Night Shyamalan pushes Pa. to boost film tax credit

The tax credit offers a 25% tax break to film productions that spend at least 60% of their costs in Pennsylvania. 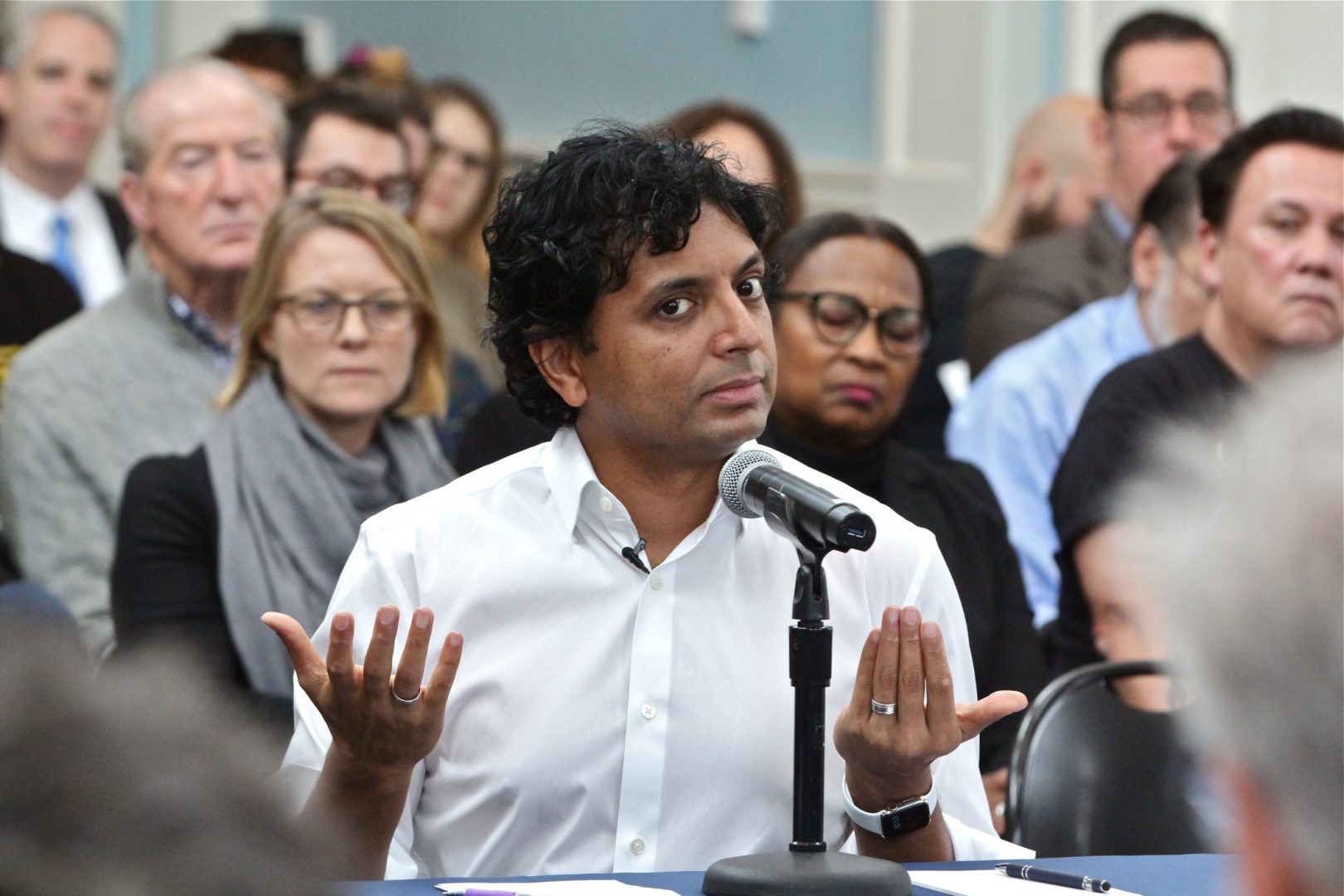 Filmmaker M. Night Shyamalan testifies in support of film tax credits during a hearing before the Pennsylvania House Democratic Policy Committee, held at the Museum of the American Revolution in Philadelphia.

(Philadelphia) — Night Shyamalan was still unknown in the film industry when his script for “The Sixth Sense” sparked a bidding war in the 1990s. He made a career gamble: He wanted to direct, and he wanted to do it in Philadelphia.

That gamble paid off. The film was a hit, establishing Shyamalan’s talent and making him a big name director. For the next two decades, he leveraged his clout to keep making movies in and around Philadelphia.

He said if he did not have the celebrity to force production companies to make movies in Pennsylvania, they would not do it. Shyamalan told a committee of state representatives on Thursday that the film industry is repelled by Pennsylvania’s inadequate financial incentives.

“I’ve made that commitment for me and my personal life. I want to live in Philadelphia,” he said. “I’ve been really, really, really lucky. If they want me, they have to pay whatever to shoot here.”

“There are 500 shows being made now, with streaming and all that stuff. We can’t have any of them that I don’t direct,” Shyamalan added.

It was a dark and stormy morning at the Museum of the American Revolution in Philadelphia, where the House Democratic Policy Committee gathered for a hearing about Pennsylvania’s film tax credit. Inside the museum’s grand ballroom on Halloween, with windows looking out at rain driving against the fire-ravaged building across the street, the scene was not unlike a Shyamalan movie.

The Film Production Tax Credit offers a 25% tax break to film productions that spend at least 60% of their costs in Pennsylvania. Currently, the credit has a $70 million cap, meaning once the combined tax credits across all participating productions hit $70 million, no more credits are available to anyone until the next fiscal year.

The tax incentive maxed out six weeks into this fiscal year, according to Sharon Pinkerton, director of the Philadelphia Film Office. 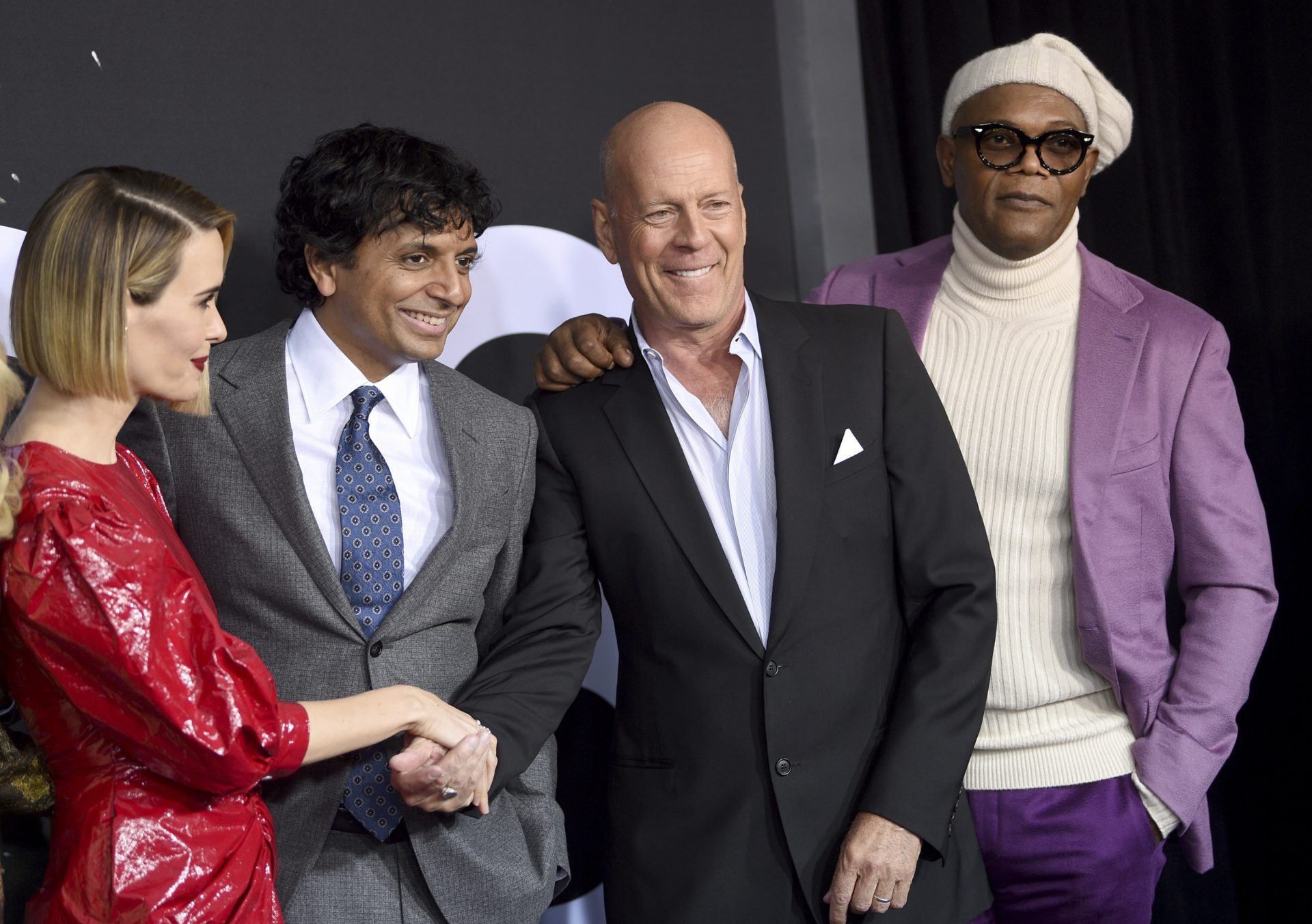 “The Pittsburgh and Philadelphia film offices projected that in the current fiscal year, the combined cities could attract 24 feature films and 13 television series that would require $175.8 million in tax credits,” Pinkerton told the state reps. “But the state budget only allowed for $70 million.”

Every year Harrisburg reconsiders the credit, raising or lowering it according to the needs of the state budget. The current $70 million cap is more than last year’s $65 million but less than the original $75 million in the 2007 legislative act.

By comparison, New Jersey has a similar incentive, with a slightly higher cap of $75 million. N.J. Gov. Phil Murphy is considering raising the cap, but legislators are pushing back, saying the incentive won’t improve the state’s bottom line.

Other states, like Georgia and Massachusetts, have no cap on their film tax credit. Atlanta has become a hub of filmmaking as a result.

The panel was organized by Democratic state Representatives Maria Donatucci and Joseph Ciresi, both of whom advocated to expand the tax credit, as did Committee Chairman Rep. Mike Sturla. People who spoke before the committee included representatives from the film industry, hospitality industry, labor unions and hotels. They all argued to expand the credit.

One argument that kept emerging was infrastructure. Without financial incentive that is both attractive and consistent year-over-year, film companies are wary about building permanent production facilities in Pennsylvania and fostering a reliable pool of local talent.

Sustainable financial models are particularly attractive to new streaming media platforms, which want to make high-profile, serialized programming that potentially stay in production for years. Think “Stranger Things” or “House of Cards,” both shot in Georgia where there is no credit cap.

Shyamalan was the celebrity in the room, offering boots-on-the-ground testimony about wrestling the film industry to his home state.

He recently wrapped production on a new series for Apple’s new streaming platform, Apple TV+. “Servant” will launch in November. By Shyamalan’s insistence, the first season was shot nearby in Delaware County.

“For my Apple show, I built a set in a warehouse in Garnet Valley,” Shyamalan said. “We retrofitted everything, and the building came up for sale. I wanted to buy it. I wanted to buy it and expand it and buy the next building and keep going. But I didn’t, because I’m not sure [the show] will be there next year.”

“They will come here. We have one of the greatest places to shoot in the world, I believe. Between our major cities and the countryside you can shoot anything,” he said.

“Our show for Apple, they loved it. It’s going to be one of their marquee shows,” Shyamalan continued. “It was on budget, they loved the experience, the crew, the people of Philadelphia. They would do other shows here if the cap wasn’t there.”