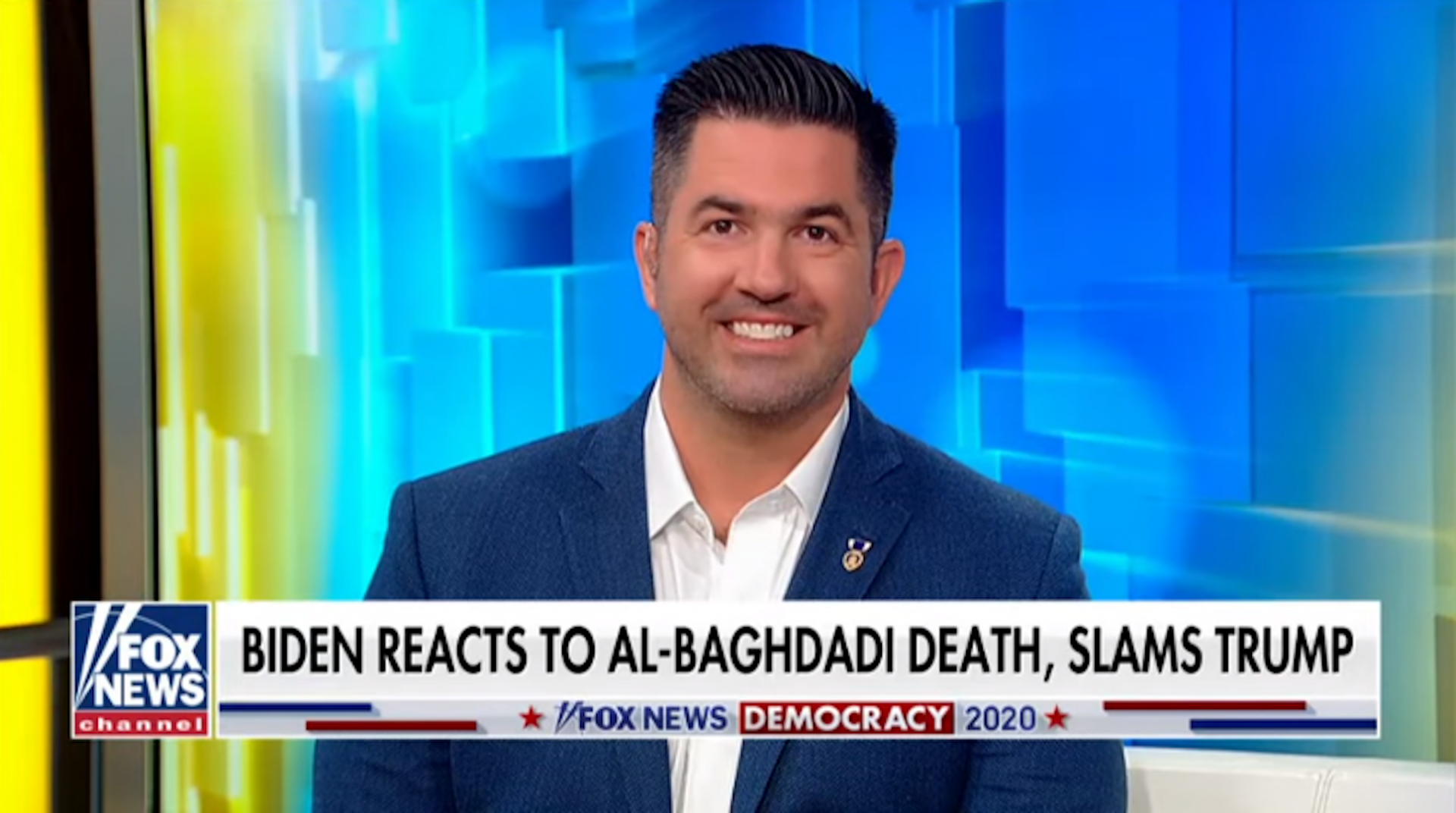 “I think that Pennsylvanians, and specifically the people of western Pennsylvania, deserve leadership that truly represents them, and right now my opponent does not represent them at all,” Parnell, an Army veteran, Fox News contributor and author said on “Fox and Friends.” Lamb, he charged “has voted lock-step with [Speaker of the House] Nancy Pelosi 98 percent of the time, and the policies that he’s advocating for would be absolutely devastating to the people of western Pennsylvania.”

Parnell revisited the criticism at a reception for the Republican Committee of Allegheny County Wednesday evening.

The 17th Congressional District includes Allegheny County suburbs and Butler County. It narrowly supported Trump in 2016, but in 2018, Lamb won the district by a comfortable 12 percentage points over Republican U.S. Rep. Keith Rothfus.

The Lamb campaign declined to comment on Parnell’s candidacy Wednesday. But while Lamb votes with the Democratic majority frequently, he has broken from his party on several notable occasions. They include voting for an amendment in the now-passed universal background check legislation that alerts Immigration and Customs Enforcement (ICE) when someone without legal status tries to purchase a firearm. Lamb was also one of only three Democrats in 2018 to vote for legislation that would make Republican tax cuts permanent.

Efforts to link Lamb to Pelosi are nothing new: They were a staple of Republican attacks when Lamb won a special election to Congress in 2018. During that campaign, he pledged not to back back Pelosi for Speaker, and once elected supported U.S. Rep Joe Kennedy to lead the chamber.

Parnell enters a field of GOP hopefuls. Air Force veteran Scott Timko was the first to declare his candidacy. A second would-be nominee, Brian Thomsen, launched his bid with astory in the conservative website Breitbart, though subsequent reporting in the Beaver County Times showed he was not a registered voter in the state and had pleaded no contest to fraud charges.

Parnell presents a different profile. He’s a veteran who served in Afghanistan in the elite 10th Mountain Division, where he received a Purple Heart and two Bronze Stars. He has since written a series of military-themed novels, and been active in veterans causes, as well as a Fox News commentator who champions President Trump. After word that Parnell would enter the race, the University of Virginia Center for Politics changed the district’s rating from a “Safe Democratic” district to a “Likely Democratic” one, citing Parnell’s access to a media platform and Trump’s support.

His campaign launch did not go entirely smoothly. While Lamb resides in Mt. Lebanon, Parnell lives outside the district in Cranberry Township, an issue he addressed on Twitter and in a press release after a query from WESA on Wednesday.

“I live in Cranberry Township, split in half in 2018 by the [state Supreme] court that redrew districts, putting much of my community into the new 17th,” he tweeted. “I am running to represent the 17th district; my home is 2 miles outside the line drawn by the court.”

Candidates for the U.S. House are not required to live in the district they run in, as long as they reside somewhere within the state. And Parnell is just the latest of western Pennsylvania hopefuls to have his Congressional aspirations muddied by the state Supreme Court’s redistricting. Even so, GOP rival Timko Tweeted that “I can actually vote for myself.”

Parnell’s candidacy was first thrown into the spotlight when President Trump announced that Parnell would run against Lamb next year on a White House visit to Pittsburgh, a move that surprised even the candidate himself.

After Trump spoke, “I woke up to 56 missed calls and like hundreds of text messages from people,” Parnell said Wednesday evening. He said he has never spoken to the President. “I have no idea where he learned about my name or where he found out about me. … But I just didn’t think I could ignore that call to duty from the President.”

“I thought [Lamb] was a Republican until I found out,” Trump said in his Pittsburgh speech. “I said, ‘This guy’s gotta be a Republican,’ but he never votes with me. We have to stop this Democrat insanity, get back to work. There’s a guy named Sean Parnell who is a fantastic military man, brilliant, got everything going. I hear that Sean Parnell is going to run against Conor Lamb.”

Trump went on to say that he thought Parnell “should win” and that “Sean will vote for us, he’ll work for us.”

But while he supports the President now, Parnell originally supported U.S. Sen. Marco Rubio (R-FL) during the 2016 primary.

“I just felt like our country’s on the brink, it’s time to choose,” Parnell said on Fox and Friends in February 2016. “I think Marco Rubio has the unifying voice that our country desperately needs right now.”

This fall, Parnell acknowledged his previous support for Rubio, saying he “believed in a younger conservative,” on an episode of “Leather Talk,” a military and veteran-focused YouTube series. But Parnell said his views have shifted since the President took office.