FILE PHOTO: Pittsburgh Pirates General Manager Neil Huntington talks with reporters after firing manager Clint Hurdle before the final baseball game of the season between the Pittsburgh Pirates and the Cincinnati Reds in Pittsburgh, Sunday, Sept. 29, 2019. 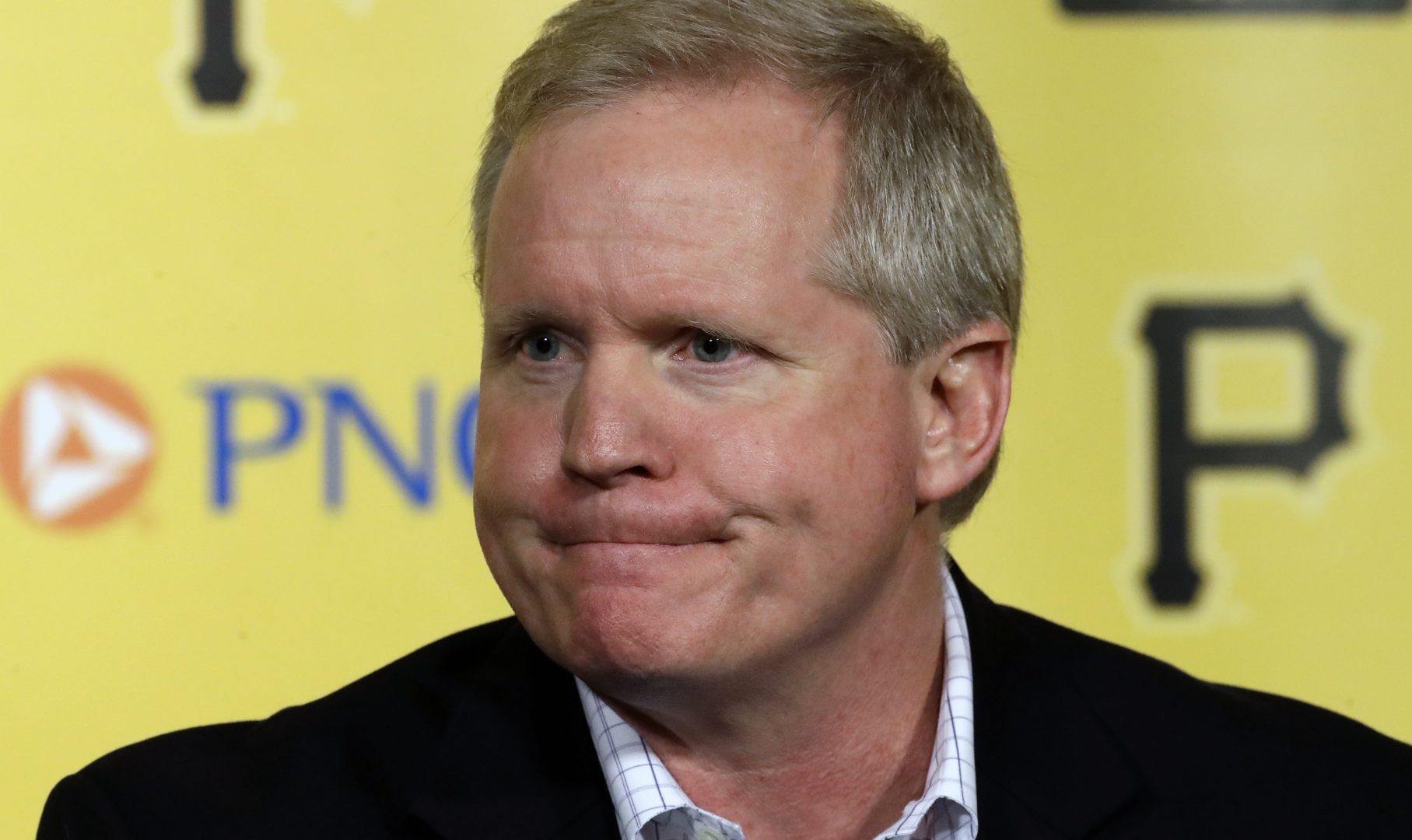 FILE PHOTO: Pittsburgh Pirates General Manager Neil Huntington talks with reporters after firing manager Clint Hurdle before the final baseball game of the season between the Pittsburgh Pirates and the Cincinnati Reds in Pittsburgh, Sunday, Sept. 29, 2019.

Pittsburgh parted with manager Clint Hurdle on the final day of the regular season. Team president Frank Coonelly stepped away last week and will be replaced by former Pittsburgh Penguins executive Travis Williams. Kevan Graves will serve as interim general manager while the club begins the search for Huntington’s full-time replacement.

Huntington arrived in Pittsburgh in 2007 and oversaw a franchise-wide makeover in which the club emerged from two decades of losing to reach the playoffs three straight times from 2013-15. The team began to slide out of contention in 2016 and has finished under .500 in three of the last four seasons. Huntington and Hurdle signed four-year contract extensions in 2017 saying they were confident the team had the right plan to stay competitive in one of baseball’s toughest divisions.

Now they’re both out of work following a stunning second-half collapse in which Pittsburgh finished 69-93 amid a series of on-the-field and off-the-field issues, including the arrest of All-Star closer Felipe Vazquez on felony charges related to a sexual relationship with an underage girl.

FILE PHOTO: In this Sept. 1, 2019, file photo, Pittsburgh Pirates pitcher Felipe Vazquez works against the Colorado Rockies in the ninth inning of a baseball game in Denver. Pirates All-Star closer Felipe Vazquez has been arrested on charges of pornography and soliciting a child. Vazquez was taken into custody Tuesday morning, Sept. 17, 2019, by Pennsylvania State Police on one count of computer pornography/solicitation of a child and one count of providing obscene material to minors.

Pirates chairman Bob Nutting appeared to give Huntington a vote of confidence when the team dismissed Hurdle, saying on Sept. 29 he strongly believed “Huntington and the leadership team that he has assembled are the right people to continue to lead our baseball operations department.”

After what he called a “thorough review,” Nutting changed course. Coonelly walked away last week, saying he felt new voices were necessary for the franchise to move forward. Nutting stressed that Huntington’s dozen years in Pittsburgh “should always be remembered for ending a long stretch of futility” but felt the move to fire Huntington was “critical” to giving Williams the fresh slate necessary so the Pirates can start anew.

Williams spent a decade with the NHL’s Pittsburgh Penguins, eventually rising to chief operating officer while serving as part of a management team that helped the franchise win Stanley Cups in 2009, 2016 and 2017. He left the Penguins last fall to become president of business operations for the New York Islanders.

Williams will have his hands full when he starts Friday. Finding a general manager will take top priority. The team said it is halting the managerial search until the general manager job is filled.

“Travis was an integral part of the Penguins leadership team over the past decade of success,” Nutting said. “He has a keen understanding of Pittsburgh and appreciates how important our fans are. He will drive a culture of success within our organization.”

Williams called the decision to join the Pirates a “homecoming.”

“It is a tremendous opportunity to come back to a city and a team that I love,” Williams said. “I am excited about working with Bob and the rest of the Pirates family to return this franchise to a winning tradition.”