Unchained at Last, a nonprofit working to end child marriage, worked to get legislation banning childhood marriage passed in Pennsylvania.

Courtesy of Unchained at Last 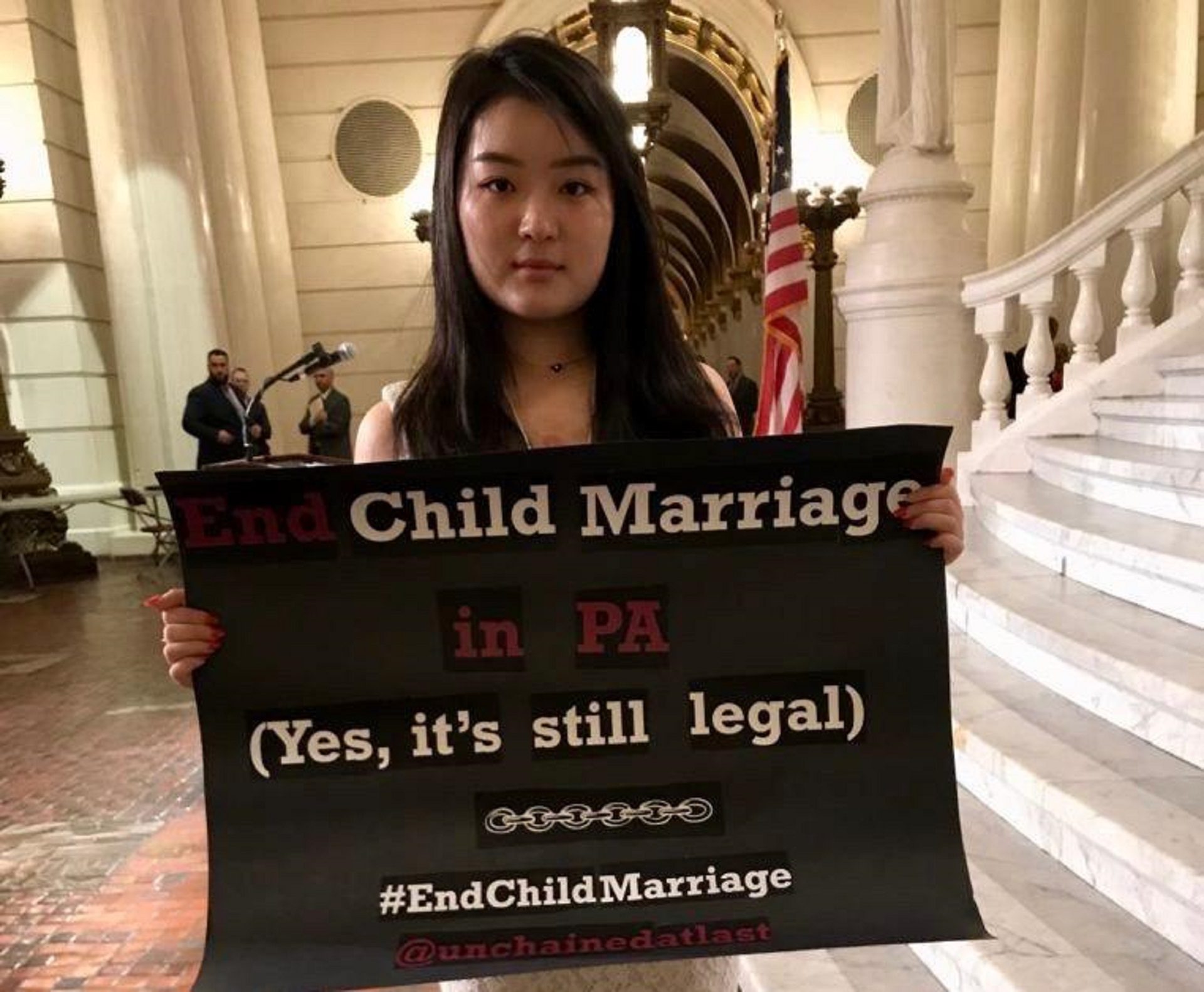 Courtesy of Unchained at Last

Unchained at Last, a nonprofit working to end child marriage, worked to get legislation banning childhood marriage passed in Pennsylvania.

(Undated) — Right now in Pennsylvania, there’s no minimum age for marriage. A 16 or 17-year-old can get married with a parent’s permission. A child younger than that can be married with consent from a parent and judge.

But legislation passed by both the state Senate and House would change that.

“It’s that rare legislation that harms no one, costs nothing and saves children from a human rights abuse. There is no drawback,” said Fraidy Reiss, founder and executive director of Unchained at Last, an organization working to end child marriage.

Reiss said Pennsylvania would be the first state to end childhood marriage with unanimous support from legislators.

The state Senate unanimously approved legislation Oct. 22 that would get rid of exceptions for getting married before 18. The House already approved similar legislation, so the bills need to be reconciled.

Reiss said Pennsylvania would be only the third state to ban all childhood marriage. She said marriage before 18 can be forced.

“Even when a child enters into a marriage willingly, there are such devastating lifelong repercussions for girls in the U.S. who marry before 18, that the U.S. state department calls marriage before 18 a human rights abuse,” Reiss said.

She said it’s bad for girls’ health, education and economic opportunity, and it increases the risk for violence in that marriage.

A spokesman for Gov. Tom Wolf said he supports the legislation and will sign it when it gets to his desk.