What you need to know about the victims’ rights amendment on the Nov. 5 ballot 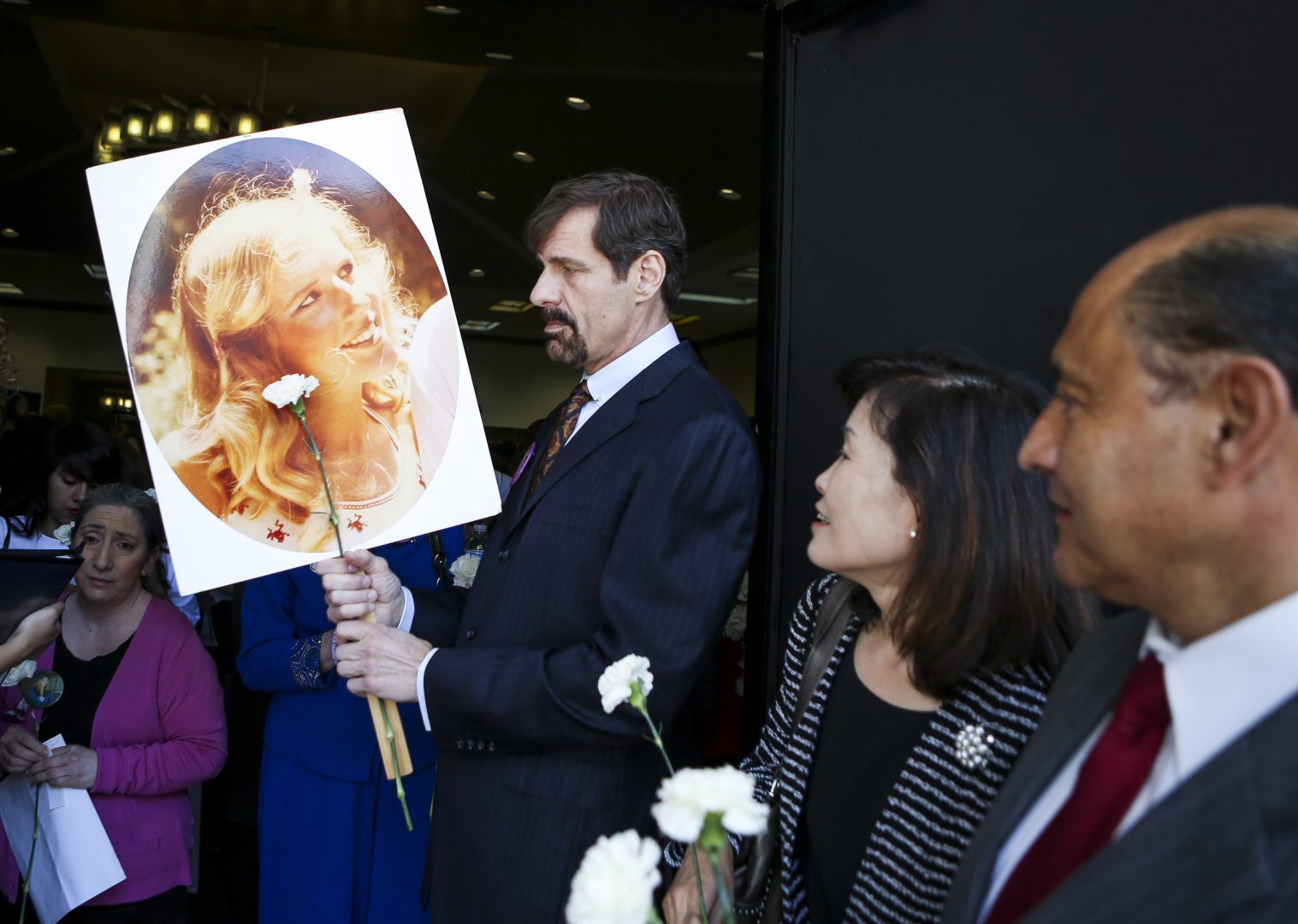 This is an evolving story. We will continue to update this post with the latest information.

NOV. 4 UPDATE: The Pennsylvania Supreme Court confirmed the Commonwealth Court judge’s ruling. Votes cast on the proposed victims’ rights amendment this Election Day will not be certified by the state until courts decide whether the victims’ rights proposal is constitutional.

OCT. 31 UPDATE: State attorneys appealed to Pennsylvania’s Supreme Court in an attempt to get the injunction overturned.

OCT. 30 UPDATE: A judge’s ruling issued on Oct. 30 put the proposal’s status in limbo until a legal challenge is resolved.

When Pennsylvanians go to the polls on November 5th, they’ll see a question on the ballot alongside the candidates for Superior and Commonwealth Court judges. It reads:

“Shall the Pennsylvania Constitution be amended to grant certain rights to crime victims, including to be treated with fairness, respect and dignity; considering their safety in bail proceedings; timely notice and opportunity to take part in public proceedings; reasonable protection from the accused; right to refuse discovery requests made by the accused; restitution and return of property; proceedings free from delay; and to be informed of these rights, so they can enforce them?”

That question is about Marsy’s Law, a proposed victims’ rights amendment to the state constitution that—per Pennsylvania’s amendment process—was approved by the legislature two sessions in a row. The final step to ratification is a statewide referendum.

Marsy’s Law is named for Marsalee Nicholas, a California college student who was killed by an ex-boyfriend in 1983. Her family said that after the murder, they unexpectedly encountered the perpetrator in public—an event that led them to champion additional rights and protections for victims and their families.

California adopted a version of the Marsy’s Law amendment in 2008, and many states have considered it since. Versions of the original language have so far made it into 12 state constitutions, according to Ballotpedia. However, supreme courts in two of those states—Montana and Kentucky—have since found the amendment unconstitutional.

Pennsylvania’s legislature passed the proposed amendment by wide margins, but it still faces organized opposition. In particular, the American Civil Liberties Union believes that Marsy’s Law is too vague and could set up conflicting rights between crime victims and the accused. A lawsuit filed by the group on behalf of the League of Women Voters and an individual Pennsylvanian succeeded, as of Oct. 30, in blocking election officials from tabulating the results on Election Day until constitutionality issues are resolved.

The state appealed that decision on Oct. 31, arguing the injunction would suppress voter turnout and “foment irreparable uncertainty” among voters.

Pennsylvania’s Supreme Court on Nov. 4 upheld the earlier order barring the state from counting and certifying votes on Marsy’s Law until courts decide whether the victims’ rights proposal is constitutional.

What would Marsy’s Law do?

Pennsylvania’s version would essentially shift a package of existing victims’ rights laws from the state’s legal code to the constitution, plus a few additional provisions.

The commonwealth’s Victims’ Bill of Rights was adopted in 1998. It gives alleged victims over a dozen different privileges they can invoke while they’re navigating the criminal justice system, including the right to be informed of developments in their case, the right to almost always be present during court proceedings, the right to submit a victim impact statement to the court, and the right to be notified if the perpetrator of a crime against them is released from prison.

Jennifer Riley, who directs the commonwealth’s chapter of the advocacy group Marsy’s Law for All, said she thinks it’s important to move those rights to the constitution because it would allow victims to influence their case in a way a simple law cannot.

“In order for a victim to motion the court, they need to have standing in court—that’s basically what’s missing from statute,” she said, adding that under current law there is “basically no meaningful way for them to assert their rights in court.”

Riley said that if, for instance, a victim isn’t given a chance to make an impact statement at sentencing, Marsy’s Law would allow them to motion a judge to re-do that part of the proceeding. The judge would then decide whether to grant the request.

That might make the court process take a little longer, Riley acknowledged, but it wouldn’t change the outcome.

Marsy’s Law promises victims a few things that aren’t in the existing Victims’ Bill of Rights—significantly, the right for a victim to refuse discovery requests from “the accused or any person acting on behalf of the accused.”

In the pre-trial process, part of a defense lawyer’s job is to collect information that might exonerate the accused person or allow them to plea for a lighter sentence. Often, they must turn to the victim to get information if they can’t get it from police or other sources.

In many states, a victim may have to sit for a deposition during pre-trial discovery. But it’s not required in criminal cases under Pennsylvania common law, so defense lawyers generally ask a judge to issue an order for the information they want. The judge then decides whether it’s relevant, and if it is, a victim is ordered to provide it.

Riley and other Marsy’s Law defenders say the amendment wouldn’t affect how criminal cases are tried in Pennsylvania because the accused and defense counsel already aren’t able to demand information from victims. But she said they included the provision anyway as a safeguard.

“If it were excluded from the rights enumerated in Marsy’s Law, it would almost be presumptive that the defense could require a victim to participate in pre-trial discovery,” she said. “It would be conspicuously absent.”

Marsy’s law would also give victims the right to receive restitution, which is already accepted law in Pennsylvania though not included in the bill of rights. The amendment would give victims the assurance that proceedings are “free from unreasonable delay.” Riley said it would be up to a judge to determine whether a delay—say, a request by a defendant to call additional witnesses or review new evidence—is unreasonable.

Why are some people against Marsy’s Law?

Along with the American Civil Liberties Union, the League of Women Voters and many defense attorneys oppose Marsy’s Law.

The ACLU filed a lawsuit on October 10 challenging the proposed amendment on technical grounds. Specifically, the group argues that the Marsy’s Law ballot question makes too many changes at once, a violation of an existing provision in the constitution. The suit asks for a preliminary injunction, granted by a judge on Oct. 30, that blocks the proposal from taking effect until the courts rule on the questions raised by the ACLU.

The suit, laid out in commonwealth court on Oct. 23,  argues that Marsy’s Law violates Article XI of the state constitution, which says if the legislature wants to submit two or more amendments to the constitution, those changes “shall be voted upon separately” in the subsequent referendum. The ACLU says Marsy’s Law may only change the language in one part of the constitution, but it affects, by their attorneys’ count, 3 articles, 8 sections and a schedule.

Marsy’s Law backers say the different elements included in the proposal are united under the goal of preserving victims’ rights, and so it is constitutional.

Constitutionality aside, the amendment is certainly wide-ranging. Ellen Ceisler, the commonwealth court judge who heard arguments in the Marsy’s Law case, remarked to the attorneys that she believed the “scope and sweep of this amendment is far beyond anything we’ve seen before.”

Underlying the ALCU’s challenge on technical grounds is a more fundamental issue: Attorneys for the groups involved in the suit believe judges could interpret Marsy’s Law in ways that would make it harder for people accused of crimes to be proven innocent.

Philadelphia defense attorney Ronald Greenblatt testified at the Oct. 23 hearing and said one of his many concerns is that pre-trial discovery procedures could change.

Greenblatt, who has been practicing in Pennsylvania for decades, is very familiar with the commonwealth’s accepted pre-trial process of asking a judge to order victims to turn over important information.

But he said he’s worried if the victim has a constitutional right to refuse to comply with defense discovery motions, at least some judges won’t issue orders to compel it.

“It would result in innocent people being convicted,” he said.

“There is absolutely nothing to support that claim,” Riley said. “It’s not interpreted that way in other states that have constitutional rights for crime victims.”

What does the lawsuit mean for you?

On November 5th, voters can cast ballots for Marsy’s Law and any other elections as they normally would. Counties will collect and count votes as usual, and send tallies to the Department of State. However, under the commonwealth court’s preliminary injunction — which was upheld by the state Supreme Court — the Department of State will not formally tabulate or certify the Marsy’s Law vote until the legal process plays out.

If you have any questions about Marsy’s Law, feel free to send us a note through the Listening Post, and we’ll do our best to answer it.

This story has been updated to correct a date. Arguments on a lawsuit over Marsy’s Law were heard on Oct. 23, not Nov. 23.