A vehicle outside the Hershey Fire Department is seen on Aug. 29, 2019.

The decision, which prompted debate Tuesday, is part of an effort to bolster struggling first-responders. 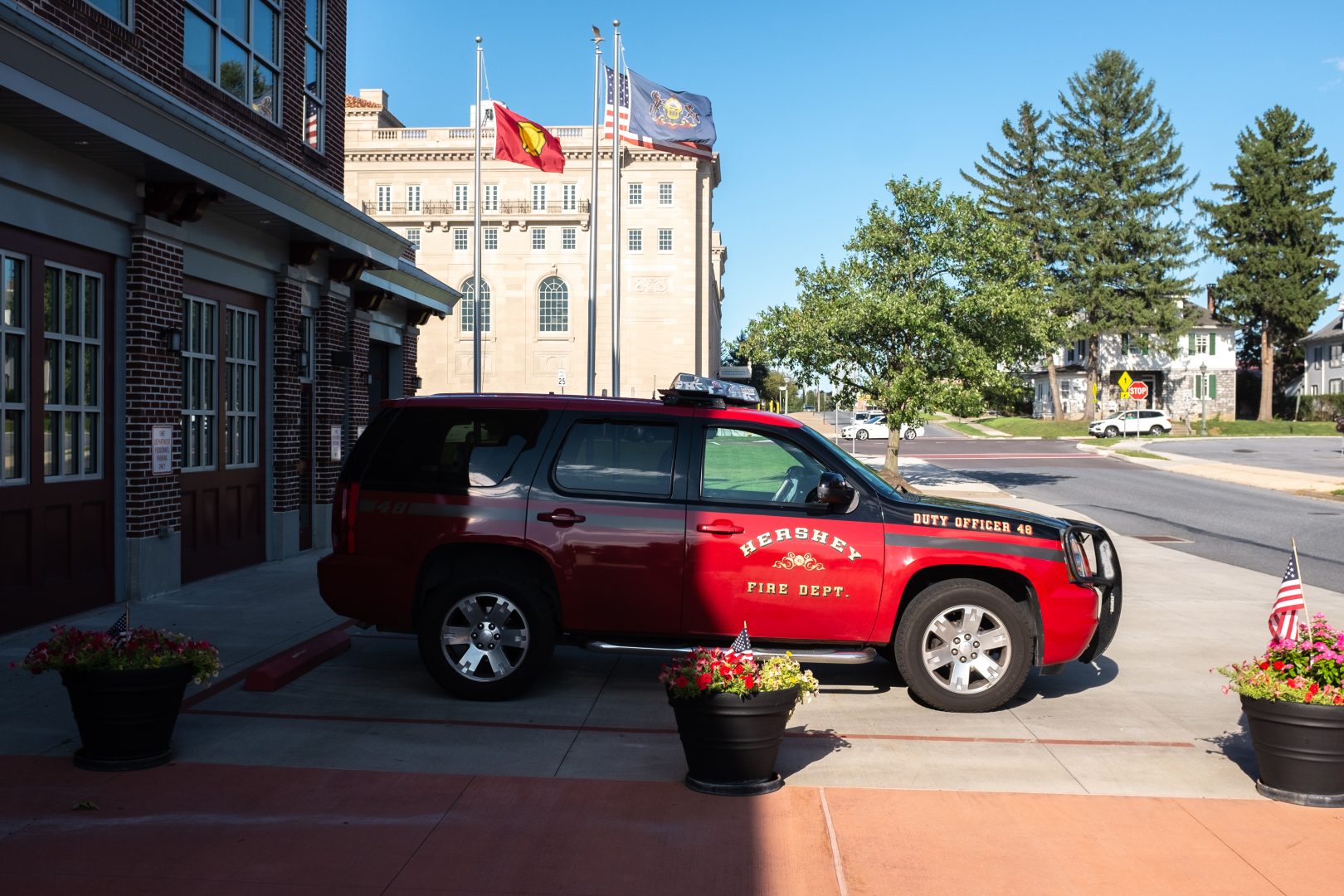 A vehicle outside the Hershey Fire Department is seen on Aug. 29, 2019.

(Harrisburg) — The state House has voted to exempt volunteer fire departments from Pennsylvania’s Right to Know Law, which journalists and the general public can use to request information from public entities.

Supporters of the bill say it is a needed correction to a burdensome system, but opponents say it just makes the departments needlessly opaque.

The Right to Know exemption is one of eighteen bills the legislature is considering this week in a package intended to help fire departments and emergency medical services find more volunteers and get on firmer financial footing.

But the exemption prompted debate. Sponsor Lee James, a Venango County Republican, said volunteer fire departments should never have been subject to Right to Know in the first place.

“The essence of the bill is to relieve the firefighters, let them do training, and let them go fight fires and get them out of the office on frivolous Right to Know requests,” he said.

He added that lots of financial records—like annual state grants and money from municipalities—can be obtained through the offices that provided them.

Tony Deluca, a Democrat from Allegheny County who supported James’s measure, took aim at the Right to Know Law and the media more generally.

Volunteer fire departments, he said, “don’t need somebody coming in and making a complaint, the papers blowing it up, and all of a sudden their contributions, how they survive, go down. That’s wrong.”

He said since the departments are mostly government-funded, they should by definition be subject to Right to Know. Plus, he said, many records might be closed off to the public if Right to Know is sealed.

“This goes to basic health and safety issues,” Vitali said. “A community should know how their fire companies are doing as far as response times go. That’s very basic information.”

Other opponents of the bill, like Montgomery County Democrat Steve McCarter, said they weren’t sure it would do much to bolster understaffed departments.

The measure passed the House by a wide margin and now goes to the Senate.

A spokesman for Governor Tom Wolf said he hasn’t decided whether he supports it.