The August Wilson House will include a restoration of the two-room apartment the Wilson family occupied, plus artists’ studios and gallery space, with a focus on arts education. 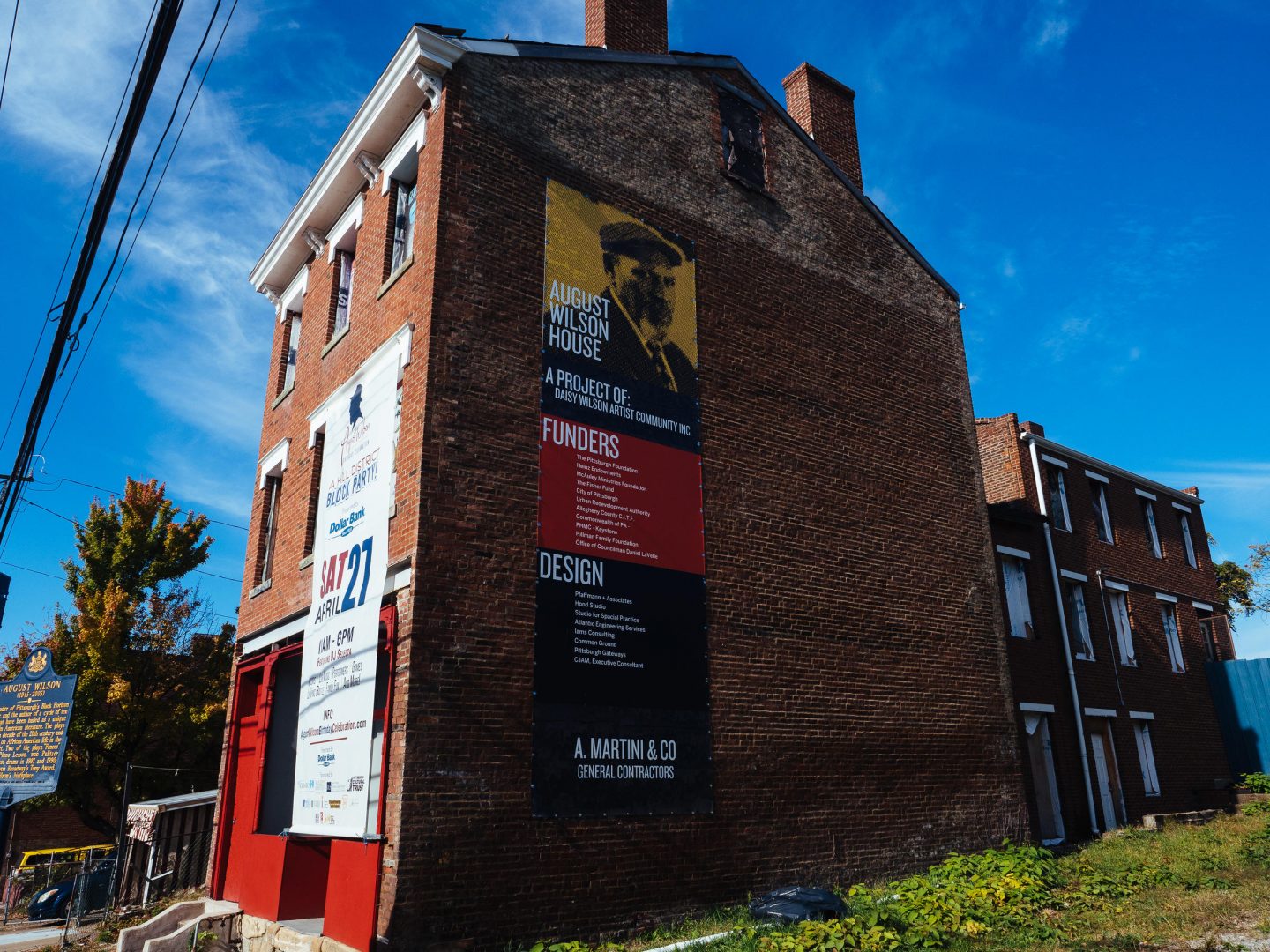 (Pittsburgh) — The August Wilson House has awarded a federal grant of nearly $500,000 toward restoration of the famed, Pittsburgh-born playwright’s boyhood home in the Hill District.

Officials say the funds will allow construction to begin on the 1840s brick house on Bedford Avenue, where Wilson, his mother and six siblings lived in the 1940s and ’50s. The $499,628 grant, administered by project partner Duquesne University, complements $5 million raised last year by a group of celebrities organized by actor Denzel Washington, among the nation’s most prominent Wilson admirers.

The August Wilson House will include a restoration of the two-room apartment the Wilson family occupied, plus artists’ studios and gallery space, with a focus on arts education.

“This really is the final piece of the puzzle to make sure all of that really happens,” said Mayor Bill Peduto at a press event held at the City-County Building, Downtown. Peduto called the news “a big deal for preservation for Pittsburgh and in the history of preservation in Pittsburgh.” Peduto also tied the project to other ongoing redevelopment efforts in the Hill.

The grant marked a turning point for the $5.5 million project a decade in the making, said August Wilson House executive director Paul Ellis, who is a nephew of Wilson’s. Organizers envision the 6,000-square-foot property as a “cultural hub” and economic driver for the neighborhood and the city, as well as a place where the legacy of the “Fences” and “The Piano Lesson” playwright can inspire artists of the future.

Ellis has worked on the project from the outset, along with partners including Duquesne (whose campus sits about a mile from the site) and architect Rob Pfaffmann, of Pfaffmann + Associates.

The biggest single financial boost came just over a year ago, when Washington – who had directed and starred in a big-screen adaptation of “Fences” that was shot here – announced that $5 million gift, from donors including Oprah Winfrey and Tyler Perry, who pledged $1 million each.

The funds helped August Wilson House exceed the target for matching funds to qualify for the Saving America’s Treasures grant, organizers said. Ellis called the grant “very competitive.”  (The grant comes out of a group of federal agencies including: the National Parks Service, Department of the Interior, National Endowment for the Arts, National Endowment for the Humanities, and the Institute of Museum and Library Science.) The federal grant is earmarked specifically for interior renovations.

“I think that to their credit, [grant-makers] recognized the powerful stories and substories that we have to tell throughout this city, throughout the Hill District,” said Ellis.

Nationally, 41 sites received such a grant this year. Seventeen of them were in the $400,000 to $500,000 range, including funds for the Smithsonian Institution to save sound recordings from Alexander Graham Bell’s Volta Laboratory, and restoring author Willa Cather’s childhood home in Red Cloud, Neb. (Cather, coincidentally, also lived in Pittsburgh for a time.)

Wilson was born in Pittsburgh in 1945 and spent 13 years of his childhood at 1727 Bedford Ave. He left high school his freshman year, and famously educated himself at the main branch of the Carnegie Library. His artistic legacy is built around his Century Cycle of 10 plays, each chronicling African-American life in a different decade of the 20th Century.

While Wilson left Pittsburgh before garnering acclaim for his plays, all but one of them was set in the Hill District. “Fences” and “Piano Lesson” won Pulitzers, and along with works like “Seven Guitars,” “Joe Turner’s Come And Gone,” and “Gem of the Ocean” comprise a singular body of work revered by theater artists, critics and audiences around the world. He died in Seattle, in 2005.

Ellis said “hundreds and hundreds” of visitors already come each year to the site, which is little more than a historical marker outside the building’s shell. He said they consider it “sacred ground.”

Wilson already has one building here named after him – Downtown’s August Wilson African American Cultural Center, which is unaffiliated with August Wilson House.

The Wilson House has been vacant for years, though the site has been activated with events like the annual August Wilson Birthday Block Party, begun in 2016, and outdoor productions of Wilson plays by Pittsburgh Playwrights Theatre Co. (With Duquesne, the Wilson House has also created an artist fellowship, which began last year with programs featuring former U.S. Poet Laureate Natasha Tretheway.)

Pfaffmann, the project architect, said removal and labeling of interior trim could begin as soon as next week, and major construction later this year. Organizers hope to host a grand opening on or before April 27, 2021, which would have been Wilson’s 76th birthday.

“We’re going to witness a rebirth of the spirit of August Wilson and the spirit of his birthplace in the Hill – a place where art, music, and literature will once again be brought to life,” Duquesne president Ken Gormley said at Monday’s announcement.

Organizers stressed, however, that the funds raised to date cover only the capital costs of renovation. More fundraising is required to sustain the organization’s programming for the long run.