Sacred battleground: Why the Philadelphia Archdiocese surrendered to preservationists

(Philadelphia) — Saint Francis de Sales Church in West Philadelphia looks like no other building in the city. This massive Catholic Church takes up half a block, its tiled dome soaring above the sea of Victorian townhomes that surround it.

Inspired by the Hagia Sophia in Istanbul, the 112- year-old building is a treasured icon in this neighborhood just off the bustling commercial corridor of Baltimore Avenue. The dome was carefully designed inside and out by the same tile artists and engineers team that created Grand Central Station and Carnegie Hall in New York City.

That’s why Corey Loftus was stunned to learn last year that the 6,400-square-foot behemoth did not grace the Philadelphia Register of Historic Places, a designation that would protect it from demolition or substantial alteration.

“I’m quick to assume that any big corner church is historically protected because they are always such neighborhood icons,” said Loftus. “Saint Francis de Sales, in particular, is part of the West Philly skyline. It’s so clearly a part of the fabric of the city, it must be protected. But I was wrong.”

Loftus did not think getting the church on the local register would be easy. The building, after all, is still an active Catholic church and the Archdiocese of Philadelphia’s attitude towards preservation hasn’t always been favorable.

In the wake of a wave of parish closures in 2014, the church resisted historic protections for the recently deconsecrated St. Laurentius in Fishtown. Shortly thereafter, in 2015, Monsignor Daniel Kutys, circulated a memo reminding priests that they should not get involved in preservation efforts.

“We intend to challenge the current attempts to have various Church properties designated as ‘historic’ because of concerns that designation allows the government to place undue restrictions on religious structures and property,” the memo read, “which in effect interferes with the free practice of our religion.”

As recently as January 2019, a lawyer for the Archdiocese, Michael Phillips, argued before the Philadelphia Historical Commission that the designation of St. Rita’s on South Broad Street came “down to a separation of church and state issue.”

“The Catholic Church and its parishes must remain free to erect, alter, or modify any religiously significant element of its faith and houses of worship,” Phillips said.

Loftus attended that meeting and came away impressed by the Archdiocese’s resistance to preservation.

But at the October meeting of the Historical Commission, Loftus’s nomination of Saint Francis de Sales sailed through the process and met no opposition.

The city body considered her nomination for roughly four minutes and then voted in favor. 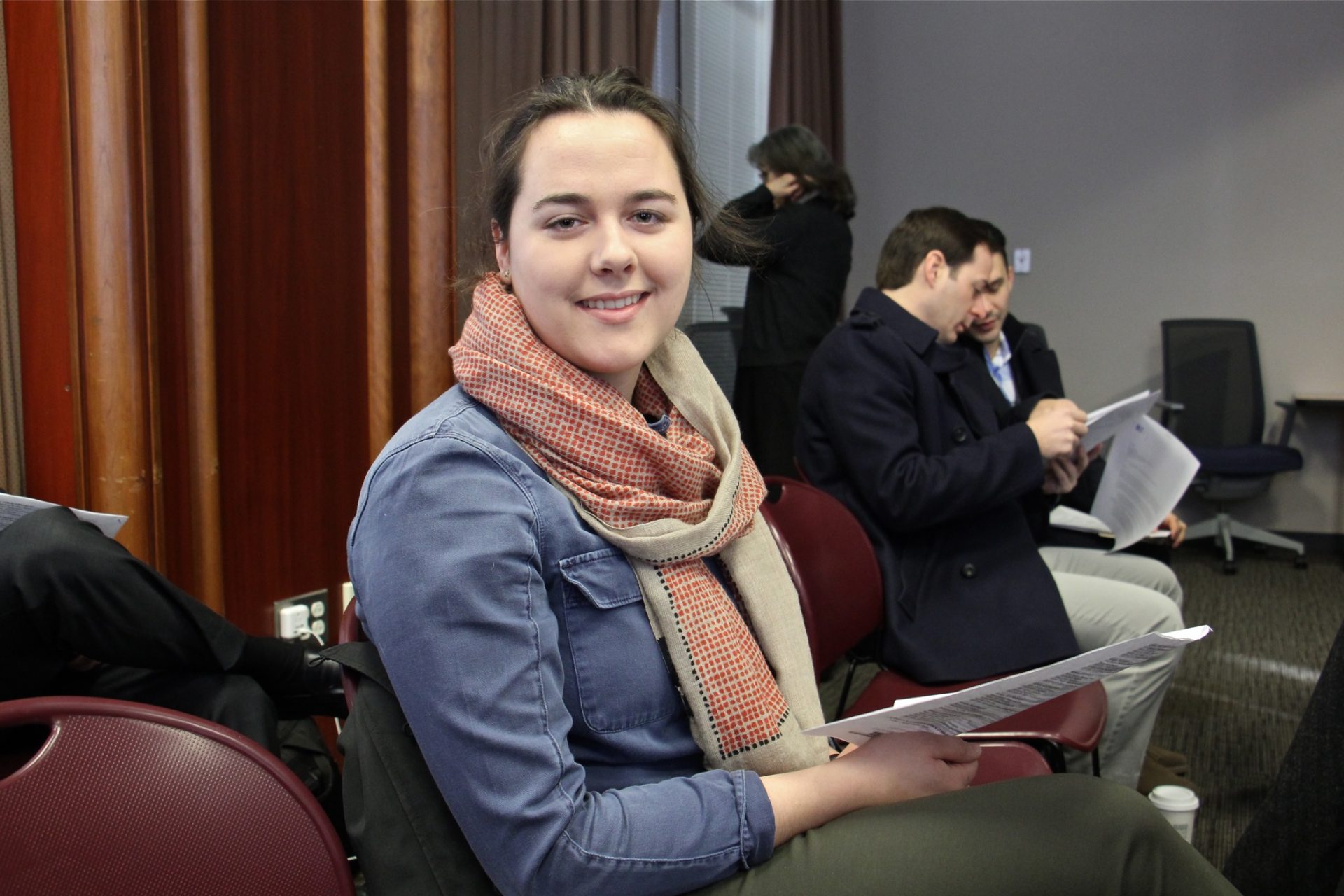 The Historical Commission considered four other Archdiocese properties during the October 11 meeting. The churches nominated were: St. Peter the Apostle in Kensington; Church of the Annunciation in Passyunk Square; Maternity of the Blessed Virgin Mary in Bustleton; and St. Paul’s Rectory in Bella Vista. All of them were quickly approved, with no backlash.

The woman behind the other nominations, Celeste Morello, said she was surprised by the lack of opposition from the Archdiocese. She’s been nominating Catholic churches to the historic register since 2014 and she’s used to receiving pushback.

In advance of the October meeting, she kept calling the Historical Commission, asking if they’d heard from the Archdiocese’s lawyers. The answer was always no.

Her explanation? “I wore them down,” Morello speculated, noting that their previous attempts to block her nominations had proven futile. “The costs involved were really unnecessary.” 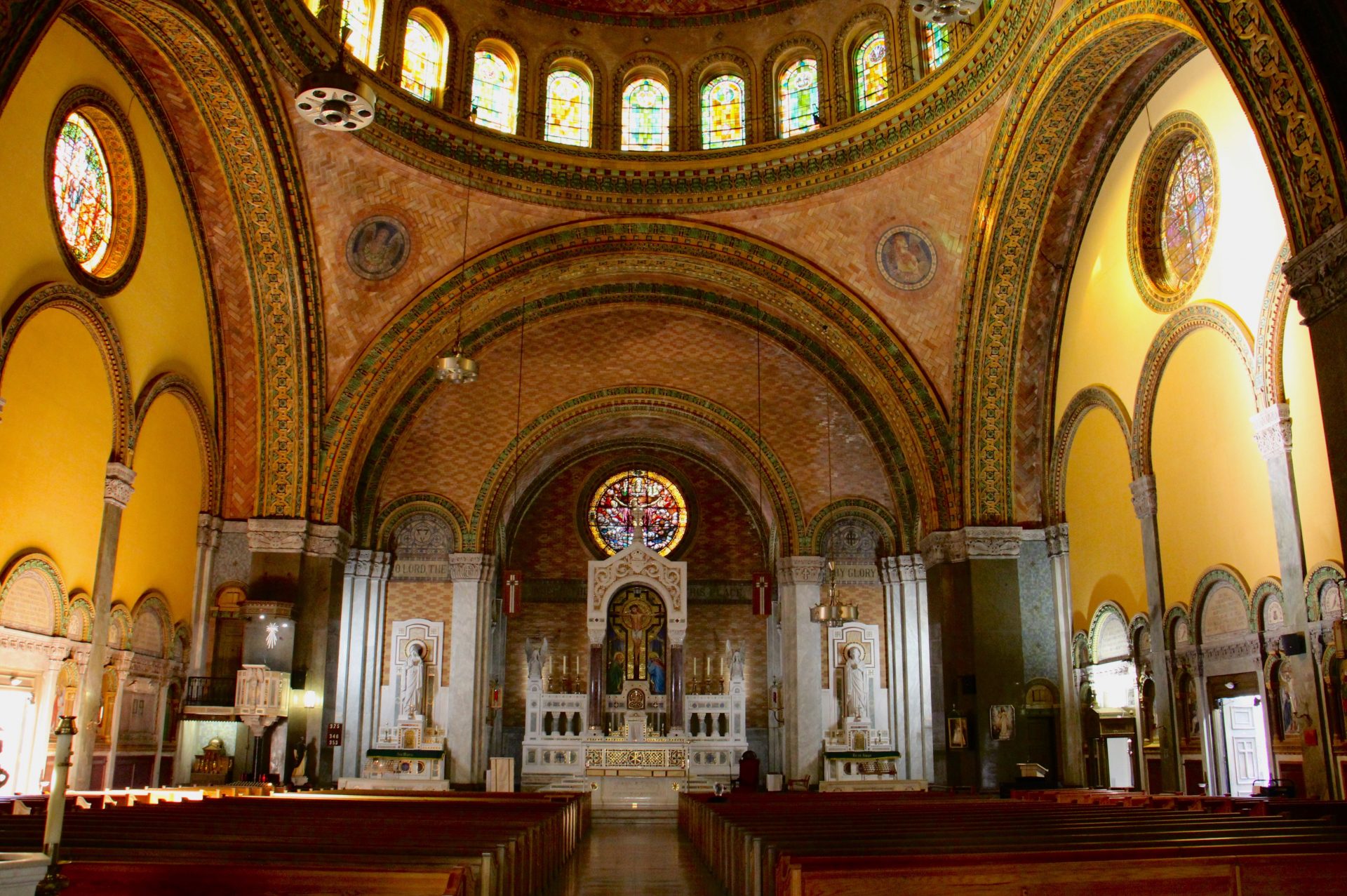 Arches above the altar in Saint Francis de Sales Church.

Why the Archdiocese shifted its stance on preservation

The Archdioceses of Philadelphia acknowledges that its position on preservation is no longer as oppositional as it once was.

Kenneth Gavin, a spokesperson for the organization, said that while the Archdiocese of Philadelphia contested the first several nominations, it now only objects to preservation efforts that affect church interiors.

“Over the last several years, the AOP’s position has been refined to only address interior nominations that affect sanctuaries and religious articles,” Gavin continued.

Since five church nominations heard on Friday only pertained to building exteriors,  “the Archdiocese of Philadelphia takes no position on the matter one way or the other,” Gavin said.

Gavin said that recent instances when the Archdiocese opposed a preservation effort were actually just examples of the Archdiocese backing individual religious orders when they objected to a designation. With St. Rita’s in January of this year, for example, the opposition was led by the Augustinians and “the Archdiocese merely joined in that defense.”

Church preservation is a recurrent battleground for historic preservationists, who argue that neighborhood religious structures are an integral part of a community’s built environment. But as congregations shrink across religious denominations, and buildings age, many religious groups have argued that preservation protections endanger their core mission. From their perspective, sometimes a building must be sold to allow the larger institution to thrive.

Bob Jaeger of Partners for Sacred Places, a non-profit dedicated to the preservation of religious structures, said he hasn’t seen local Archdioceses take uniform positions on historic preservation. He’s from Detroit, where the Archdiocese has been very supportive of local preservation efforts.

“Each diocese handles it differently, some are more wary and some are more supportive,” said Jaeger. “It’s not a monolithic thing, there may have been some conflict over St. Laurentius, but that doesn’t mean there has to be a permanent rift.”