A Mack Truck sits outside the U.S. Capitol, in Washington, on Wednesday, June 13, 2012, as part of a rally to urge the House-Senate Transportation Conference Committee to reauthorize the nation's surface transportation programs, due to expire on June 30. 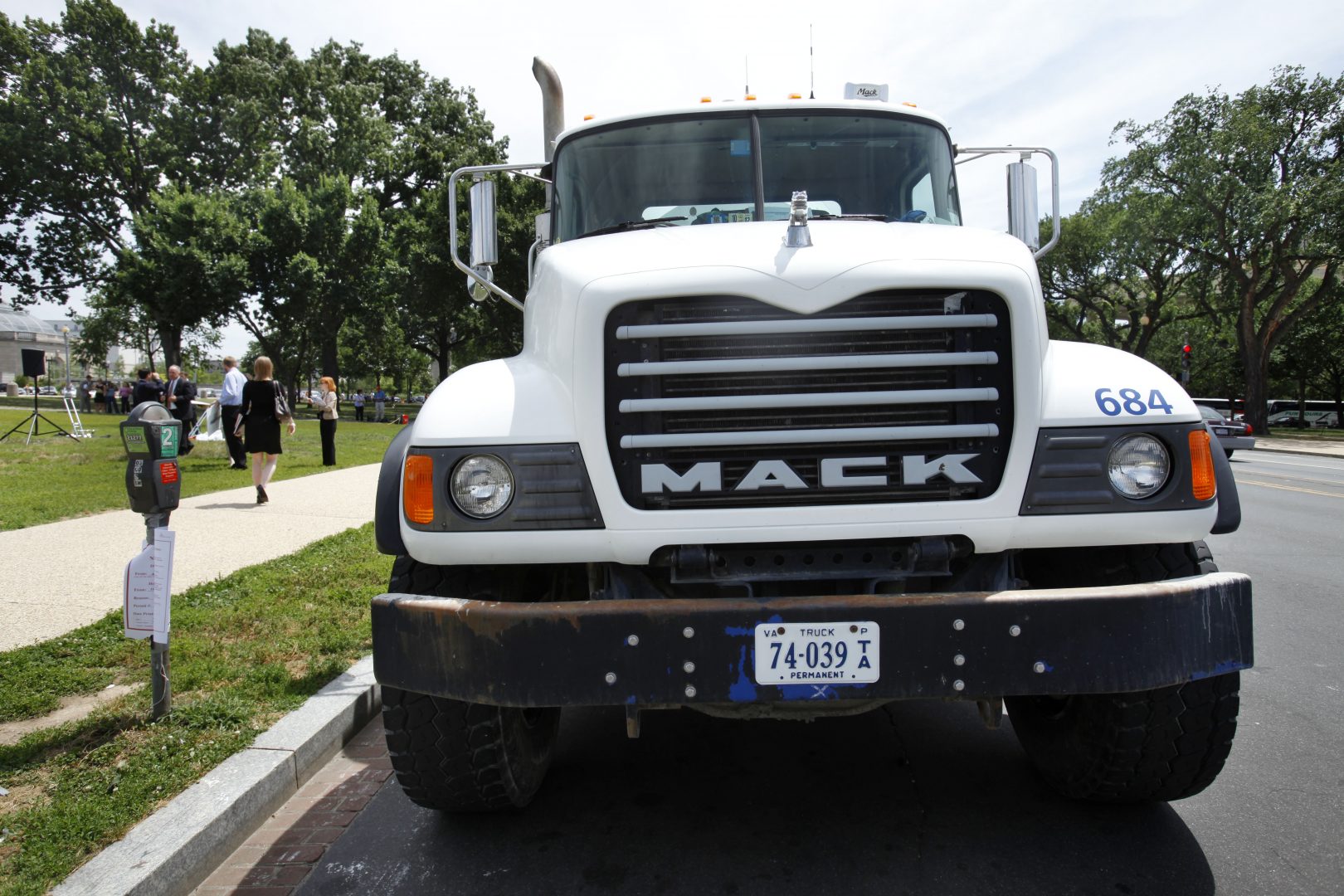 A Mack Truck sits outside the U.S. Capitol, in Washington, on Wednesday, June 13, 2012, as part of a rally to urge the House-Senate Transportation Conference Committee to reauthorize the nation's surface transportation programs, due to expire on June 30.

(Macungie) —  Thousands of Mack Truck workers were on strike Sunday at plants in three states, the first such walkout in decades.

United Automobile Workers union members, many wearing red T-shirts and carrying signs, began picketing in the morning at the Mack Truck cab and vehicle assembly plant in Macungie, Pennsylvania, where the company says “every Mack truck built for the North American market gets its start.”

Workers also walked out of plants in Middletown, Pennsylvania; Baltimore; Hagerstown, Maryland, and Jacksonville, Florida, the union said. In all, the company said the strike involves about 3,500 employees.

“One of the biggest issues for us is the job security,” Walter Smith, president of the local representing Pennsylvania workers, told WCAU-TV. “I’ve been here for 42 years at Mack Trucks, love working at Mack Trucks. But we need to have our job security.”

The union said many issues are unresolved, including wages, job security and pension and health benefits. Union officials say they will be available to reconvene negotiations Oct. 21, nine days after the beginning of picketing.

Mack Trucks President Martin Weissburg said he’s “surprised and disappointed” that the union decided to walk out “rather than to allow our employees to keep building trucks and engines while the parties continued to negotiate.”

Weissburg said in a statement that the two sides had been making progress and have a “positive working relationship.” He said the company had no plans to close any U.S. manufacturing facilities and had on the contrary invested hundreds of millions of dollars in them over the last decade.

Officials remain confident they can reach an agreement that “provides a competitive wage and benefit package for our employees and families, and helps to ensure the company’s competitiveness,” he said.

In 1984, some 9,200 Mack Truck workers went on strike for nine days, closing the manufacturer’s U.S. plants before a tentative agreement was reached, The (Allentown) Morning Call reported.

The action comes amid a weekslong United Automobile Workers strike against General Motors that shut down GM’s factories in the U.S. Factories in Canada and Mexico were later forced to close due to a lack of parts. Both sides are sparring over wages, job security, investments in U.S. plants and technology training for workers.