House lawmakers celebrate passing a slate of bills that they say will give victims equal rights, including Marsy's Law.

The amendment would enshrine certain rights for crime victims in the commonwealth’s constitution. 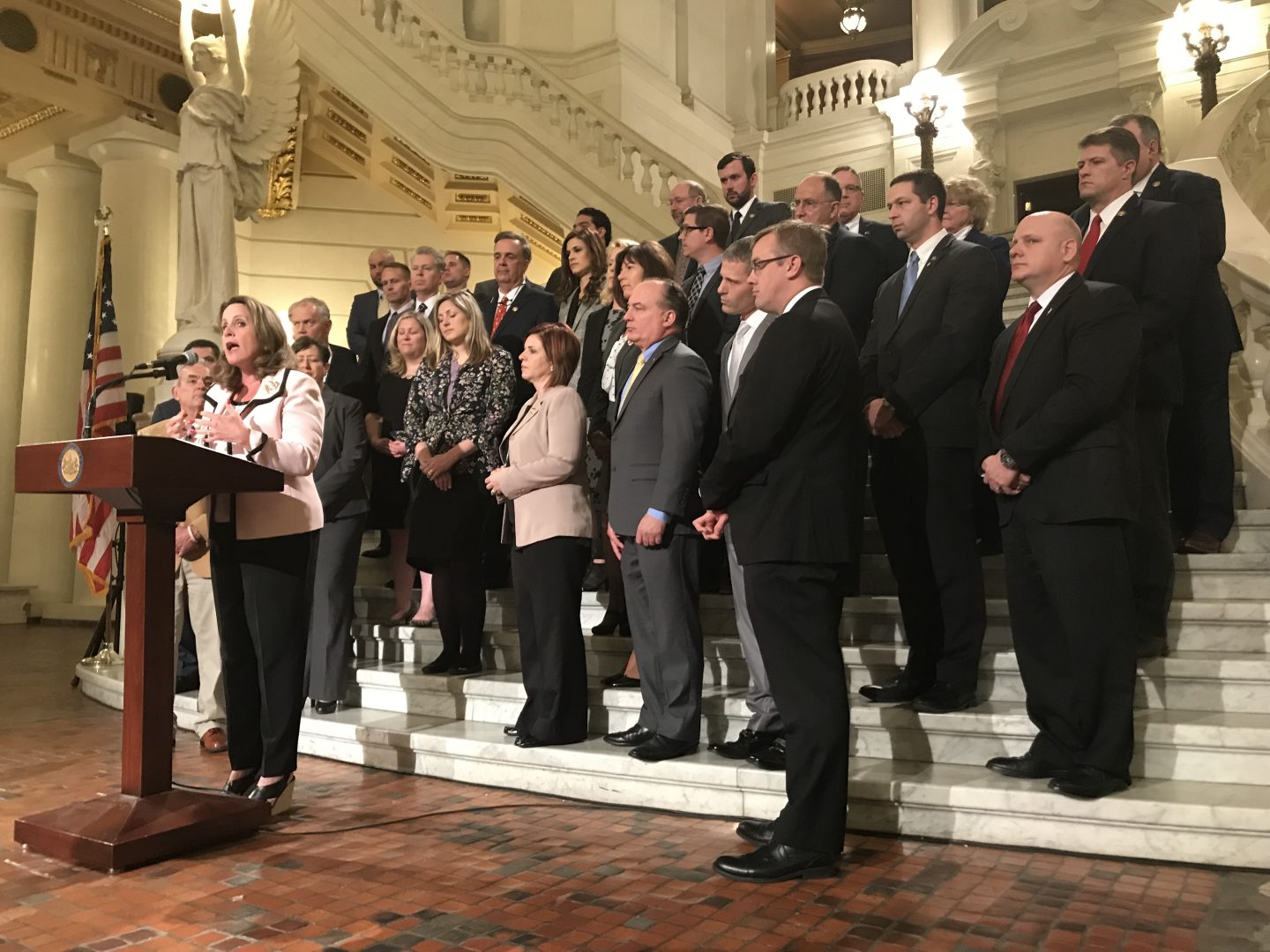 House lawmakers celebrate passing a slate of bills that they say will give victims equal rights, including Marsy's Law.

(Harrisburg) — The deadline to register to vote in the November election is fast approaching.

And while it’s an off year for high-profile races, Pennsylvanians will be deciding a major ballot measure.

If eligible voters don’t register by Monday, they won’t be able to weigh in on a contentious amendment that would essentially add the existing rights for crime victims to the state constitution.

Marsy’s Law, as it’s called, is already in constitutions in 10 states.

Supporters — like state Victim Advocate Jennifer Storm — say the main function of Pennsylvania’s version would be to let victims motion a court if they think their constitutional rights have been violated.

“If they’re not notified, or if nobody tells them that the court hearing is happening and they lose their opportunity to be heard, all we say to them now is, we’re so sorry, there’s nothing you can do,” she said.

She added, the rights of the accused are in the constitution for a reason: the weight of the state is against them.

Marsy’s Law, she said, “dangerously pits victims’ rights versus the rights of the accused.”

Storm and other backers maintain there’s no way for the amendment to cause that sort of conflict.

Marsy’s Law has already passed the House and Senate in two consecutive sessions, by substantial margins.