Students keep up the heat with worldwide climate protests

The demonstrations were sparked by Swedish teenager Greta Thunberg, with many participants echoing the anger she expressed to world leaders this week at a U.N. summit in New York.

“How dare you!” read one banner at a rally in Italy’s financial hub of Milan, where tens of thousands took to the streets and later gathered around a giant globe to watch it go up in flames.

More than 100,000 people also rallied in the Italian capital, Rome, where protesters held up signs with slogans such as “Change the system, not the climate” or just the word “Future.”

Fears about the impact of global warming on younger generations drew fresh protests in India, Spain, Portugal, Sweden, Finland and the Netherlands, a week after hundreds of thousands rallied worldwide ahead of the U.N. summit. 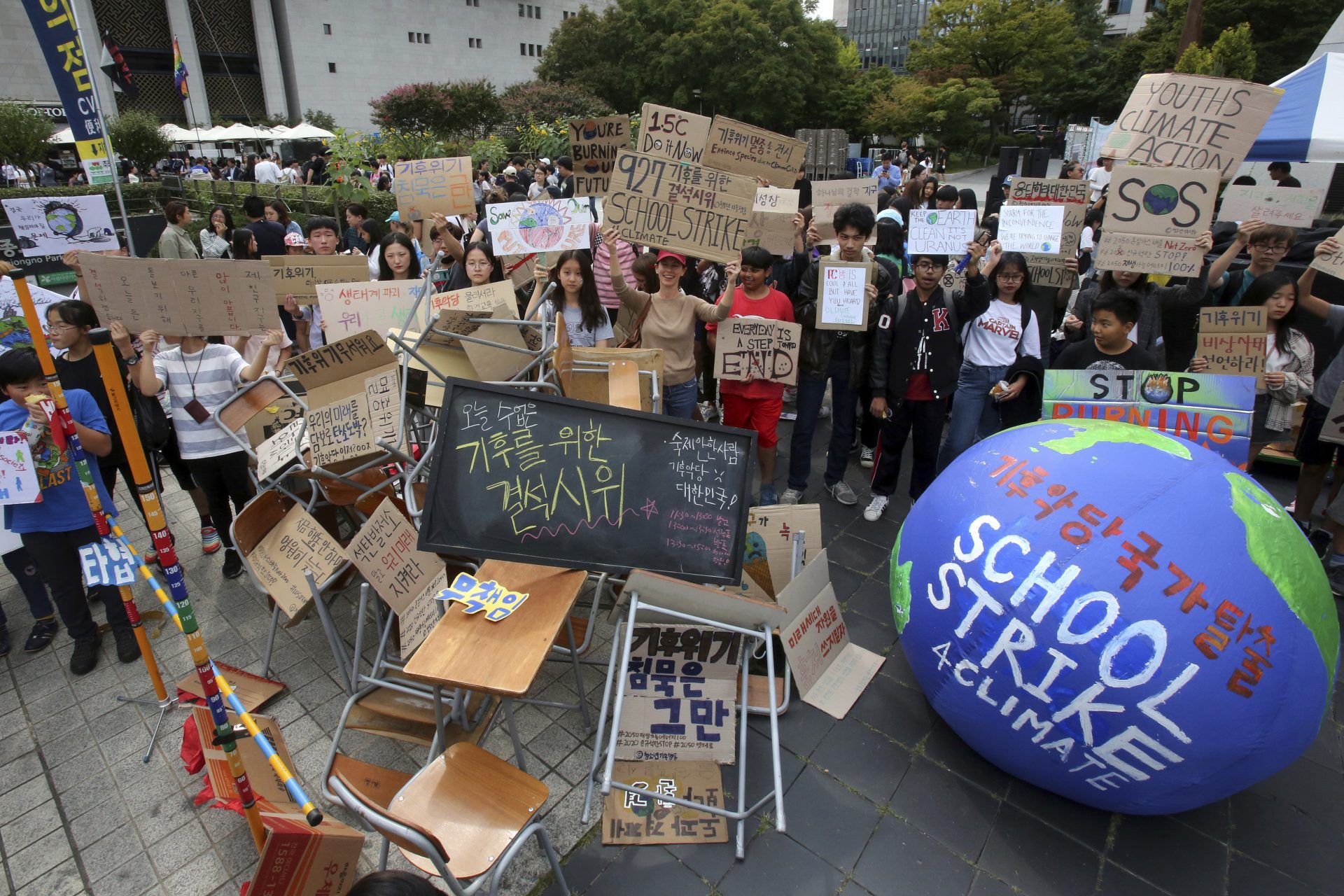 In New Zealand, students marched on Parliament in Wellington, staging one of the largest protests ever held in that capital.

In Berlin, activists from the Fridays for Future group braved persistent rain to denounce a package of measures that the German government recently agreed on to cut the country’s greenhouse gas emissions. Experts say the proposal falls far short of what’s needed if the world’s sixth-biggest emitter is to meet the goals of the landmark 2015 Paris climate accord.

Actor Javier Bardem joined dozens of young people in San Sebastian in one of several demonstrations and rallies held across Spain on Friday morning ahead of evening demonstrations in the major cities where big crowds are expected, especially in Madrid and Barcelona. Bardem was promoting a documentary he worked on with Greenpeace.

The youth climate movement has drawn criticism from some who accuse the students of overreacting and say they would be better off going to school. But Thunberg said children and teenagers taking part in the climate protests are just acting directly on the science that underpins climate change.

When asked about U.S. President Donald Trump and others who have mocked her, the 16-year-old activist suggested that their world view and interests were threatened and people like her should take it as a compliment.

In an apparent sarcastic jibe at Thunberg this week following her haranguing of world leaders, Trump tweeted: “She seems like a very happy young girl looking forward to a bright and wonderful future. So nice to see!”

In many ways, Thunberg displayed more maturity than her critics.

“I don’t understand why grown-ups would choose to mock children and teenagers for just communicating and acting on the science when they could do something good instead,” Thunberg said Friday at rally in Montreal.

“She is the voice of a generation, of young people who are calling on their leaders to do more and do better,” Trudeau said. “And I am listening.”

Thunberg, however, indicated that she expects more, even of leaders who welcome the movement. Scientists this week issued new dire warnings about the consequences of rising temperatures on the world’s oceans and cold regions.

“He (Trudeau) is of course obviously not doing enough, but this is just a huge problem, this is a system that is wrong,” she said. “My message to all the politicians is the same: Just listen and act on the science.”

Zampano reported from Rome. Rob Gillies in Toronto, Nick Perry in Wellington, New Zealand; Mike Corder in The Hague, Netherlands; and Ciaran Giles in Madrid contributed to this report.

Temple researchers will look at link between PFAS and cancer