Bog turtles, a federally listed endangered species, hibernate during the winter. Construction that would disturb their habitat must be conducted before March 31. 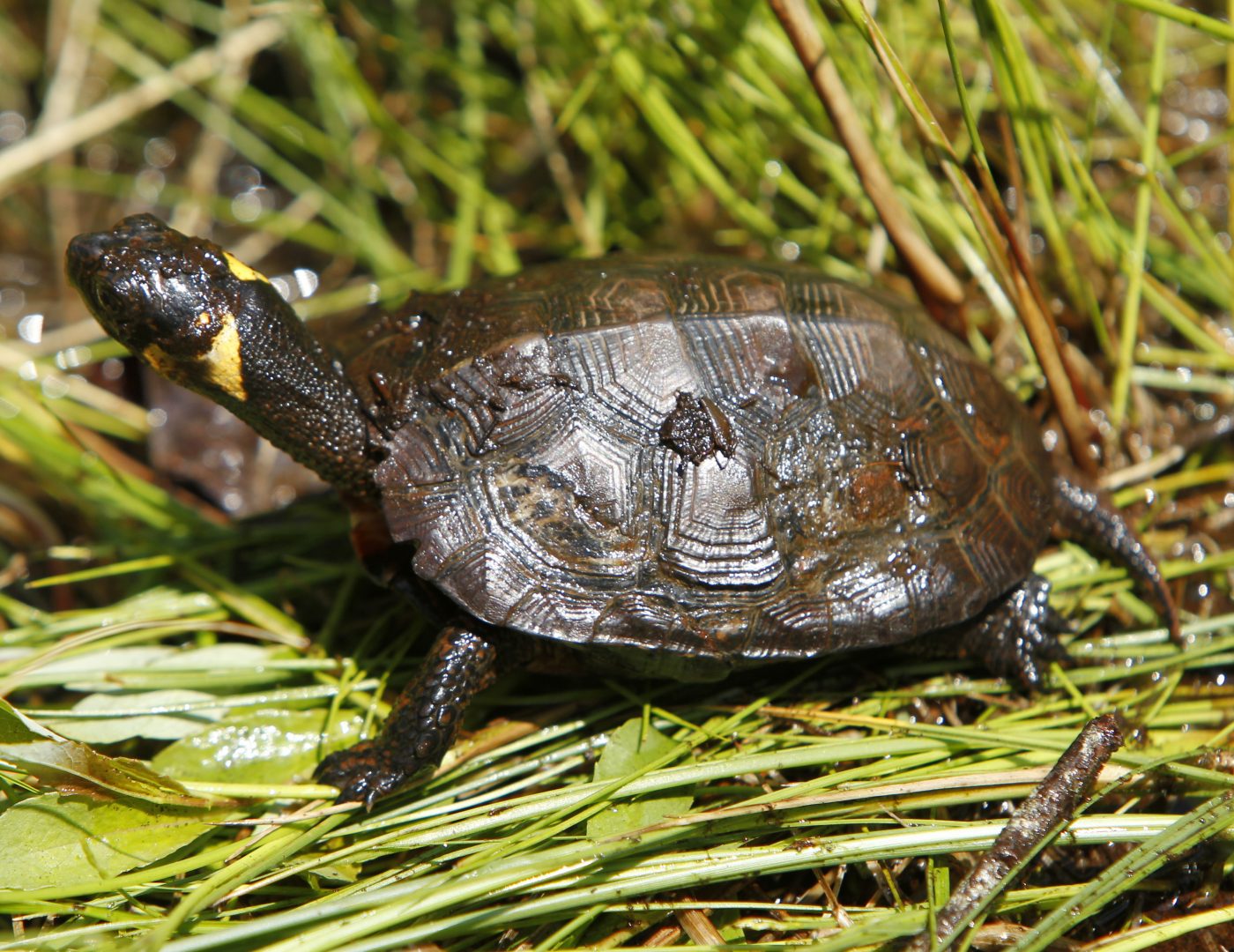 Bog turtles, a federally listed endangered species, hibernate during the winter. Construction that would disturb their habitat must be conducted before March 31.

(Seattle) — Pennsylvania and 16 other states sued the Trump administration Wednesday to block rules weakening the Endangered Species Act, saying the changes would make it tougher to protect wildlife even in the midst of a global extinction crisis.

The lawsuit, in federal court in San Francisco, follows a similar challenge filed last month by several environmental groups, including the Humane Society and the Sierra Club.

The new rules begin taking effect Thursday. They for the first time allow officials to consider how much it would cost to save a species. They also remove blanket protections for animals newly listed as threatened and make it easier for creatures to be removed from the protected list.

The law, signed by President Richard Nixon in 1973, has been credited with helping prevent the extinction of more than 220 species, including bald eagles, grizzly bears and humpback whales. It requires the government to list species that are endangered or threatened. The law also protects about 1,600 plant and animal species, designates habitat protections for them, and assesses whether federal activities will hurt them.

In this May 13, 2019 file photo provided by the National Park Service is a female condor in Zion National Park, Utah.

Critics have long complained that the environmentalists have weaponized the law to block economic activity such as logging and mining, infringing on property rights. The Trump administration and congressional Republicans have said the new rules will improve the law’s enforcement.

The revisions “fit squarely within the President’s mandate of easing the regulatory burden on the American public, without sacrificing our species’ protection and recovery goals,” U.S. Commerce Secretary Wilbur Ross said when the changes were announced last month.

Scientists say that globally about 1 million species are at risk of extinction, mainly because of habitat destruction by humans, overfishing and climate change.

They argue that the rules changes contradict the goals of the Endangered Species Act and that the administration failed to provide a reasoned basis for the changes or analyze their environmental impacts as required by federal law.

The lawsuit cites challenges faced by creatures that include piping plovers in Rhode Island, orca whales in Washington state and desert tortoises in the Mojave Desert in Nevada.

“We are running out of time,” said Michael Ross, vice chairman of the Snoqualmie Indian Tribe in Washington. “These changes aren’t in the right direction.”