Democratic presidential candidate Beto O’Rourke speaks to a group of supports during a community meeting to address gun violence at the McKinley United Methodist Church,Tuesday, Sep. 24, 2019, in Dayton, Ohio. 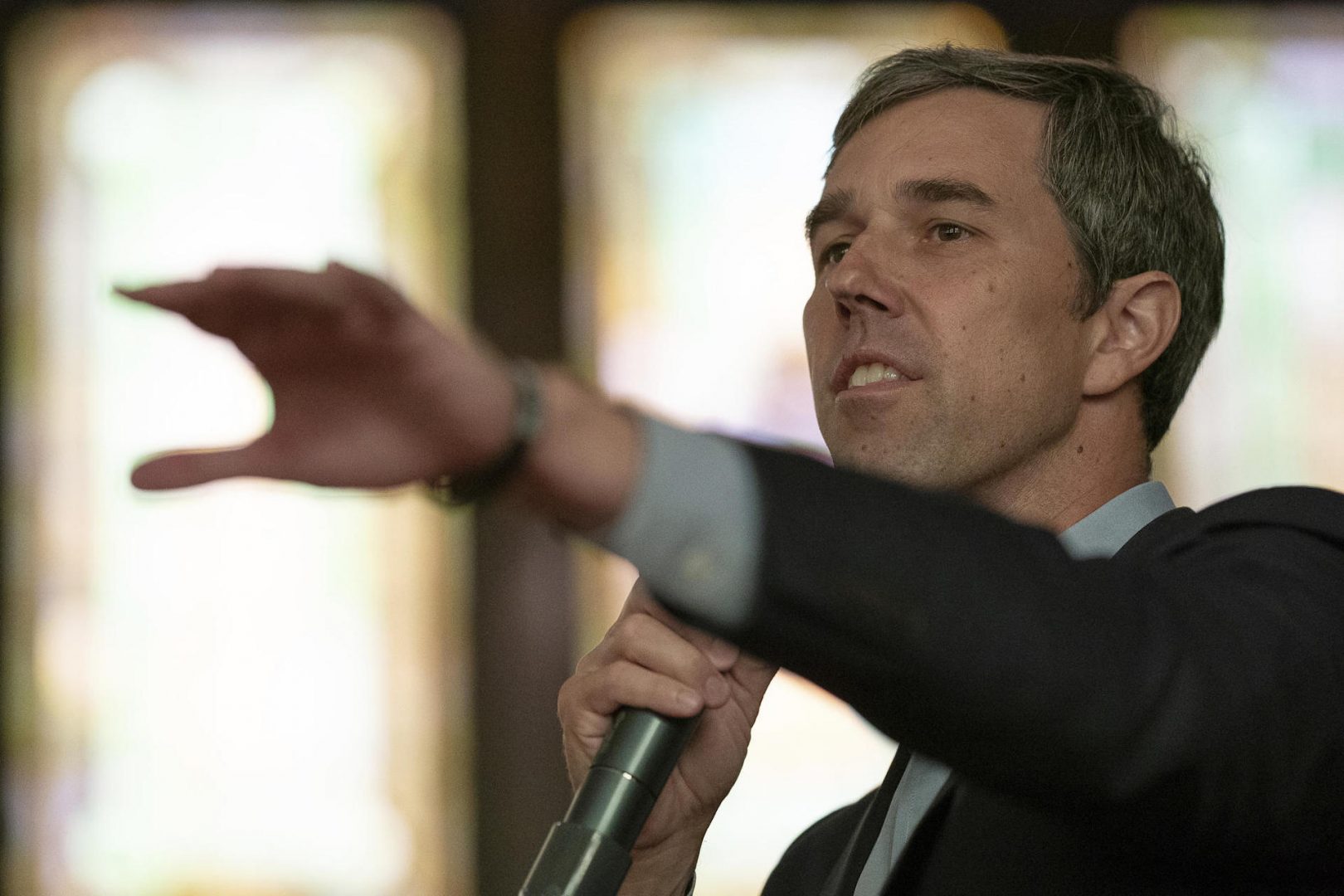 Democratic presidential candidate Beto O’Rourke speaks to a group of supports during a community meeting to address gun violence at the McKinley United Methodist Church,Tuesday, Sep. 24, 2019, in Dayton, Ohio.

(Pittsburgh) — Democratic Presidential candidate Beto O’Rourke came to Pittsburgh Wednesday with a forceful speech that made a case for progressive values on a host of issues: gun-control, the environment, racial inequity – and the pressing need to impeach President Donald Trump.

The former Texas congressman’s 45-minute appearance in Schenley Plaza began with a paean to his hometown of El Paso, and with a denunciation of Trump’s immigration rhetoric and policy.

“This rhetoric, this language of fear and incitement and paranoia … it’s the first step to putting them in cages and taking their lives,” he said.

O’Rourke cited both the treatment of immigrants by border officials and the August shooting of 22 people at a Wal-Mart in Texas.

“That man, listening to our President warning about an invasion, drives 600 miles with an AK-47 walks into a Wal-Mart,” he said, “and opens fire on people who are buying their back-to-school supplies. … kills 22 people.”

He went on to reference last year’s Tree of Life shooting in Pittsburgh, which authorities say was similarly spawned by anti-immigrant bigotry.

“You saw it right here on Oct. 27 of last year. … You understand what we are up against in this country. So yes, we must see this clearly,” O’Rourke said. “And we must act decisively.”

Part of that decisive action, O’Rourke said, would involve not just expanding background checks for firearm purchases but mandatory buybacks of military-style weapons like the AR-15.

“This is a weapon designed for war,” he told the crowd. “We wouldn’t say it’s OK to have a bazooka, or to drive a tank down the street.”

A spike in droughts and flooding, he said “was caused by you and me, our emissions, our inaction in the fact of facts and the science.”

O’Rourke outlined a climate plan which, as he later told reporters, would include a quick transition away from fossil fuels. He said he would not allow any more fracking on federal lands or offshore, and would seek to purchase more energy from renewable resources.

As for fossil fuel workers, many of whom reside both in western Pennsyvlania and his native Texas, O’Rourke said he would invest in job training.

“Those who work in the fracking industry … are just as concerned as I or you are about climate change and the fact that this planet will not be habitable for their children or the generations that follow unless we take action now,” he said.

O’Rourke’s visit came as the White House released a memo summarizing a phone call between President Trump and Ukrainian leader Volodymyr Zelensky. Though not a transcript of the call, the memo makes clear that Trump asked the Ukrainian president to investigate activities by Joe Biden’s family, telling him “whatever you can do with the Attorney General will be great.”

O’Rourke has publicly supported impeachment for two years, a position he outlined in a Senate bid against Sen. Ted Cruz.

“We now know beyond the shadow of a doubt that the president used his position of public trust and power to try to get a foreign government to dig up dirt on a potential political rival,” he told reporters after the event. “The American people and our democracy should be able to count on the justice that we all deserve.”

For all the concerns that impeachment would be divisive, he said a quest for the truth could, in fact, heal the political wounds inflicted over the past few years.

“I think impeachment can unify this country at a time that we’ve never been more divided or more highly polarized,” he said.

O’Rourke returns to Pennsylvania tomorrow with a visit to Erie.