TMI supporters gathered Friday to lament the plant's closure, and the loss of jobs for the area.

Those who support nuclear worry that without tax breaks, the plants will be shut out of a competitive energy market 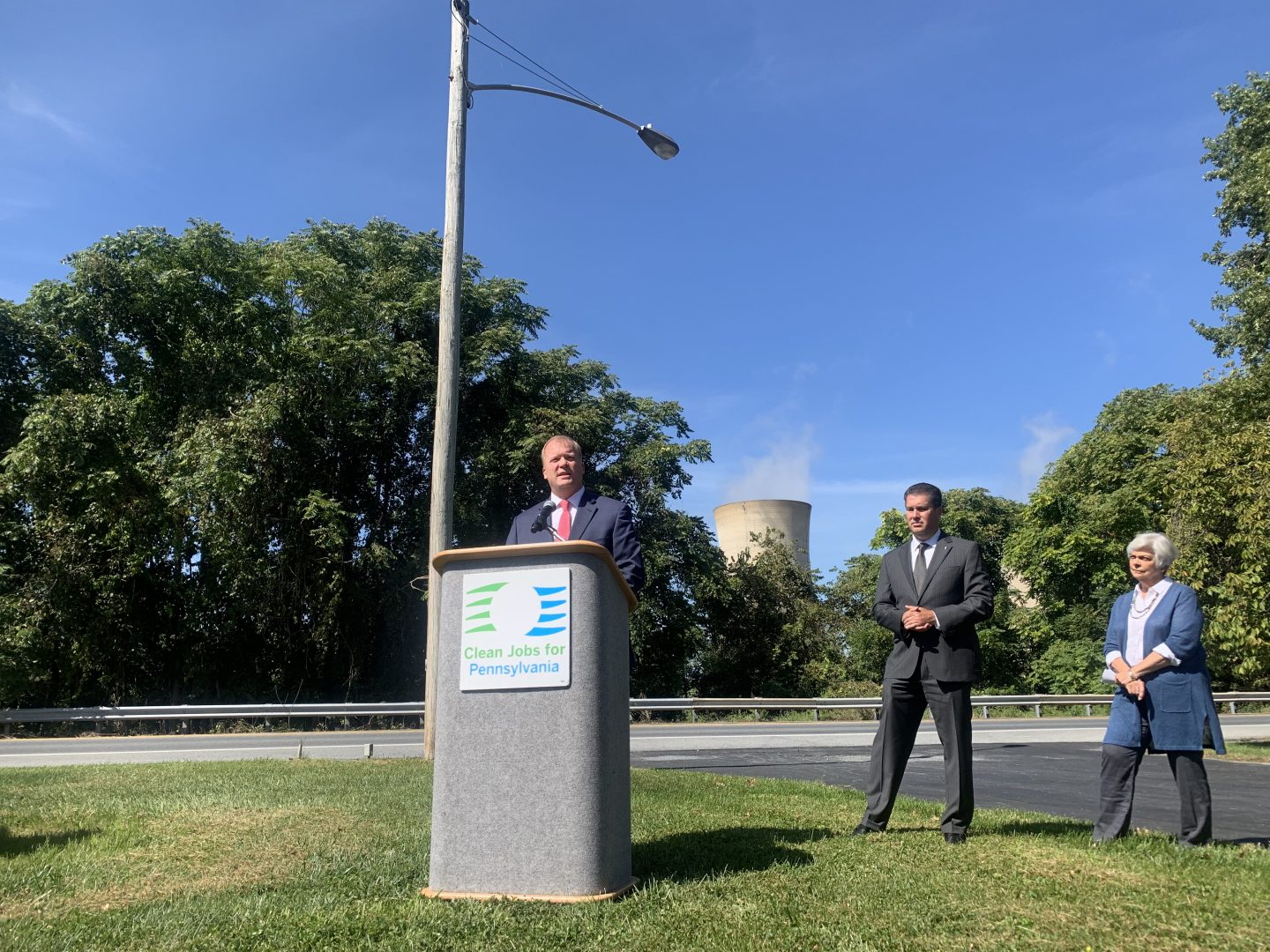 TMI supporters gathered Friday to lament the plant's closure, and the loss of jobs for the area.

(Londonderry Township) — With the Three Mile Island nuclear plant officially closed and off the power grid, nuclear advocates are turning their attention to Pennsylvania’s four other plants.

Some say they think lawmakers are boosting the natural gas industry at the expense of nuclear.

As the plant was disconnected from the grid on Friday, local lawmakers and TMI officials gathered across the street for a news conference.

“They could have done something to change the outcome that we are now looking at today,” she said.

TMI was unique among Pennsylvania’s nuclear plants. It had just one reactor after its partial meltdown in 1979, helping make it less profitable.

But state Representative Tom Mehaffie, of Dauphin County, says with the energy market awash in cheaper natural gas, Pennsylvania’s other nuclear plants are in trouble too.

He faults many of his GOP colleagues for not supporting his bill to bail out TMI.

“The special interest of gas has put a lot of effort, time, and money into making sure that this bill did not pass, or some type of bill did not pass and succeed to keep this plant open,” Mehaffie said.

Mehaffie recently broke party lines to vote against a bill that would give tax breaks to manufacturers who use Pennsylvania methane in their production.

He argued, “you can’t fight against subsidies and then turn around and take subsidies.”