House Republicans assembled Wednesday to announce plans for a concerted push to pass a package of pro-energy industry bills.

The raft of proposals serves as a rejection of Democratic Gov. Tom Wolf’s own energy plan. 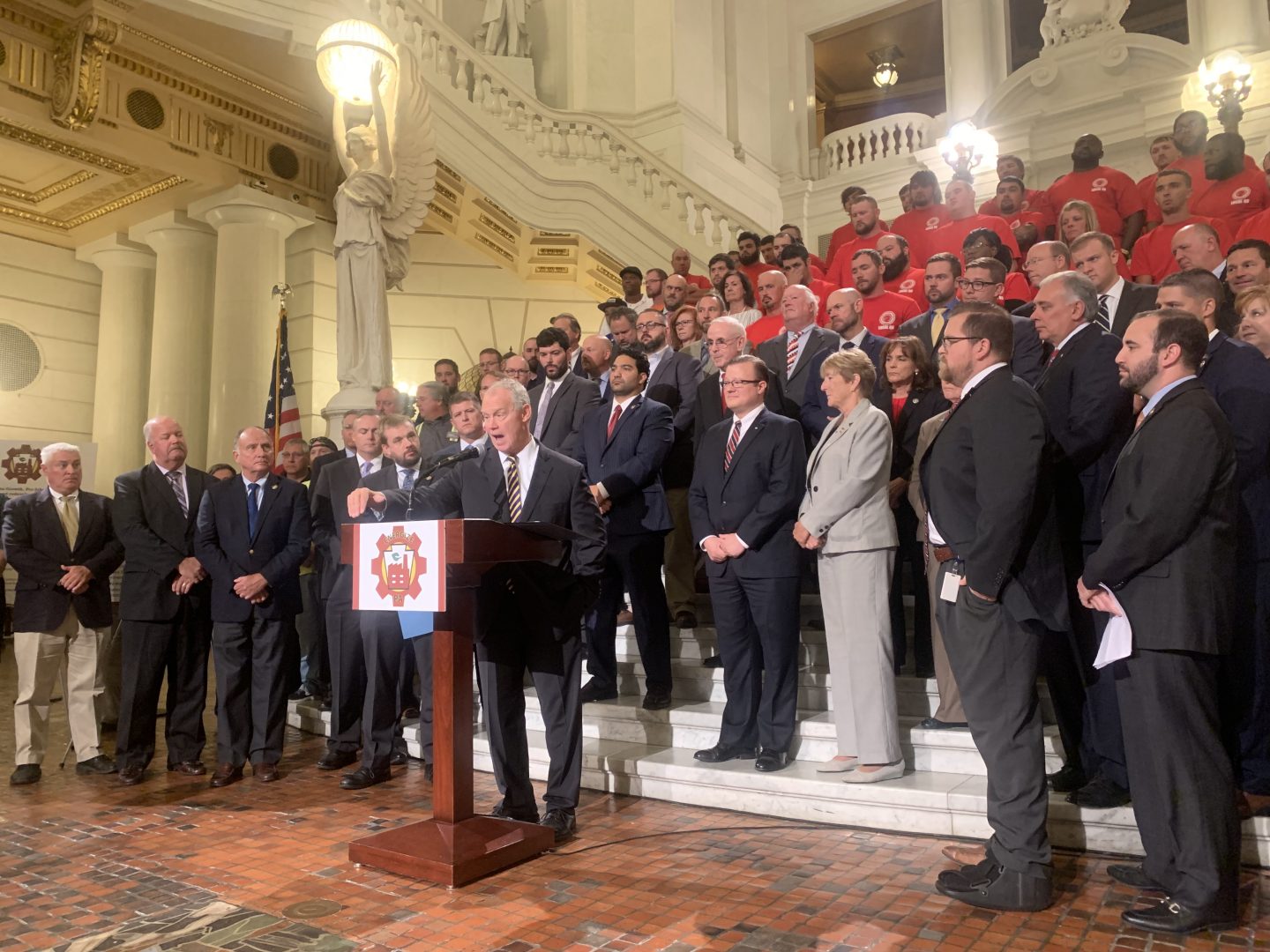 House Republicans assembled Wednesday to announce plans for a concerted push to pass a package of pro-energy industry bills.

(Harrisburg) — House Republicans are re-launching one of their biggest initiatives for the legislative session: a package of energy-focused bills aimed at coaxing new businesses into Pennsylvania.

The package, which Republicans are calling Energize PA, includes eight bills in various stages of completion. One, a measure that gives grants to new manufacturing facilities to access existing natural gas lines, was already wrapped into the state budget, which passed in June.

Some of the remaining initiatives aren’t particularly controversial—like a measure to create a registry of abandoned industrial sites.

Others are contentious. Proposals to speed up Department of Environmental Protection permitting, and create a new, Senate-approved commission to handle the process have gotten pushback from Democrats and environmental groups.

Democratic Governor Tom Wolf, meanwhile, is pushing his own energy plan. He says Restore PA would raise $4.5 billion for infrastructure improvements using a new tax on natural gas drillers. And he says the GOP plan can’t hope to raise that much.

Turzai and many other Republicans are staunchly opposed to a gas driller tax, saying it could scare away businesses.