The 'hero of Cologne' was denied the award nearly 75 years ago 'over a stick of gum,' according to author Adam Makos

(Harrisburg) — A 96-year-old Army veteran from Allentown is being awarded the Bronze Star medal this morning in Washington, D.C. in a surprise ceremony at the World War II Memorial.

Smoyer fired three shots, destroying the tank in a “dramatic duel” that was caught on film and later broadcast around the world, according to author Adam Makos, who chronicled Smoyer’s service in his book “Spearhead: An American Tank Gunner, His Enemy, and a Collision of Lives in World War II.”

Makos said, after the tank battle, Smoyer was hailed as “the hero of Cologne.” His tank commander told him that he and the rest of his crew would receive Bronze Star medals for their heroism in combat.

However, a few days after the battle, U.S. military police saw Smoyer standing near German kids who wanted chewing gum, Makos said. The MPs cited him for breaking an Army rule that forbade U.S. soldiers from talking with Germans.

“They pulled up, and they busted him. They said, ‘We caught you talking to these German kids, fraternizing,’ and he lost the medal over a stick of gum.” 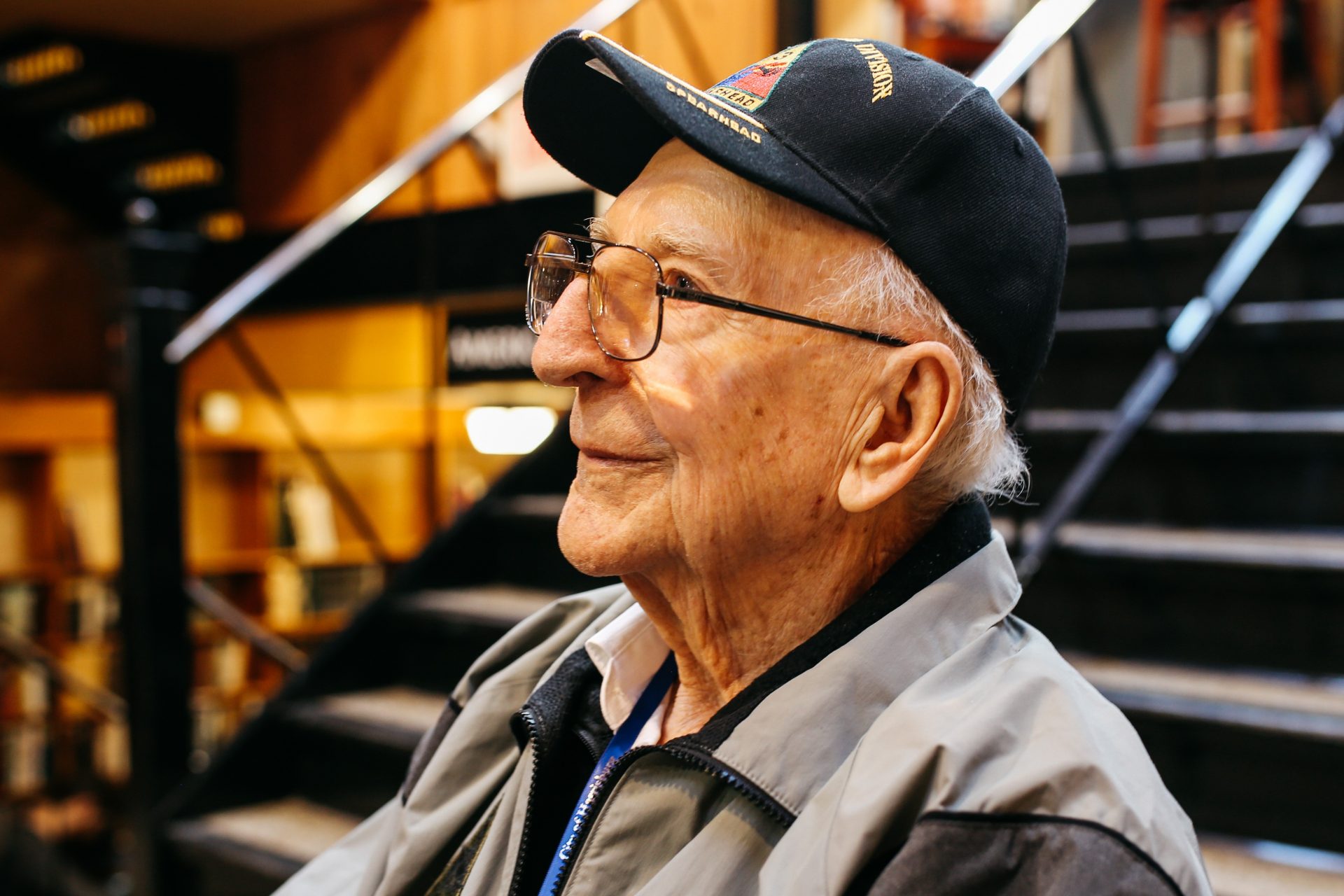 The tank commander and the cameraman who filmed the battle got Bronze Stars, but Smoyer and his comrades did not, Makos noted in his book.

Makos and others brought the matter to the Army’s attention, and the Army decided to give Smoyer and three other crew members the award.

In an interview the night before the surprise event, Makos said he had to resort to some minor subterfuge to get Smoyer to D.C. He told Smoyer they were going to the Pentagon for a book signing. In fact, the plan is to stop by the World War II Memorial.