The new minimum wage fight, basically the same as the old fight

The lawmakers and activists who want to raise Pa.'s $7.25 minimum say they’re “deflated” but regrouping after failing to push higher wages into the state budget. 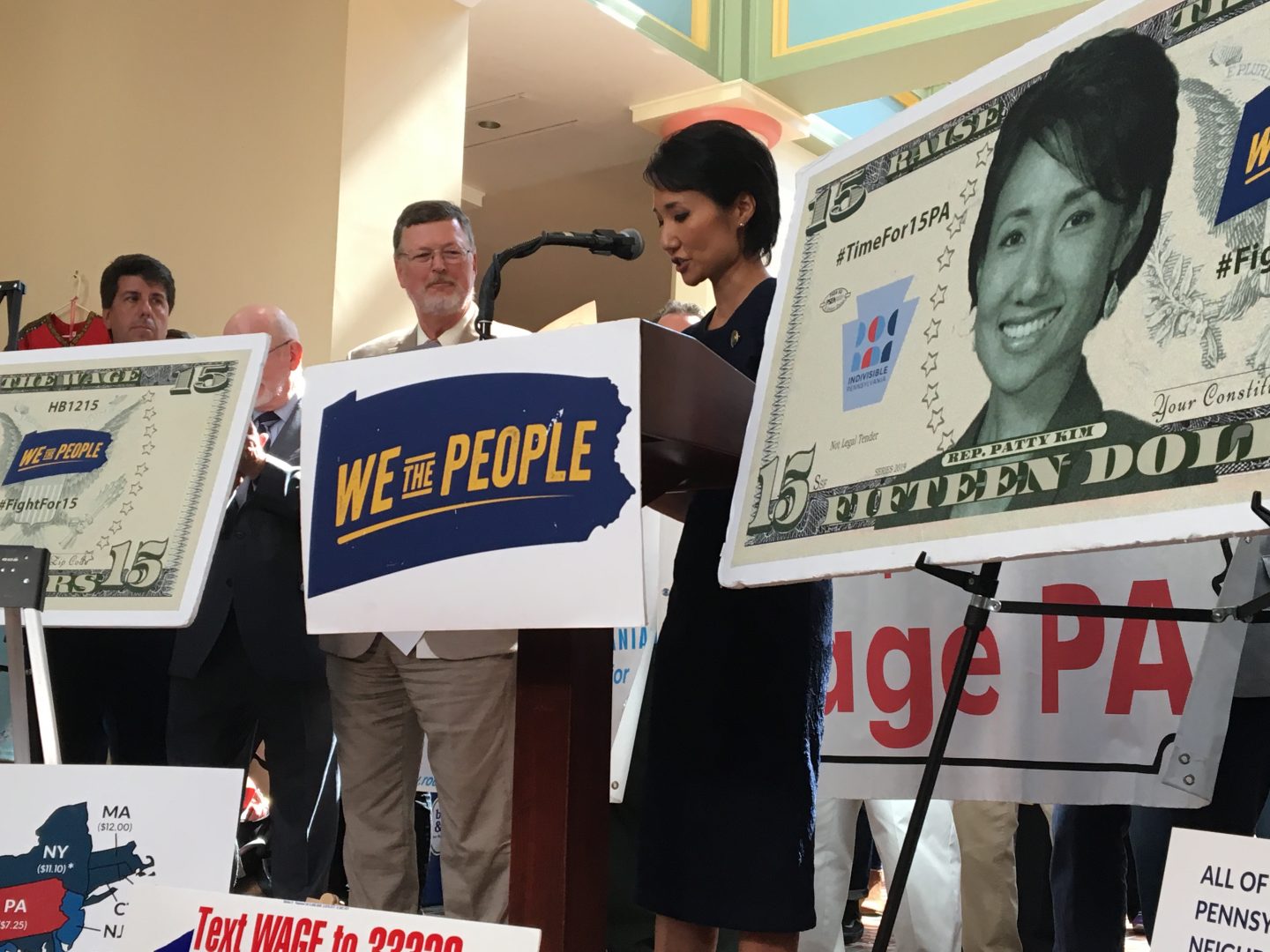 (Harrisburg) — Dauphin County Democrat Patty Kim was elected to the state House in 2013.

She has been pushing to raise Pennsylvania’s $7.25 minimum wage since. This year’s state budget, she said, looked as though it might be the breakthrough.

“I think some people are deflated because it didn’t pass during the budget season,” Kim said at a Capitol rally on Tuesday—the House’s first day back in session after a summer recess. “But what we have left are the hardcore supporters.”

Those supporters—Kim, most of her fellow Democrats, a few Republicans, and a host of activists who represent organized labor, immigrants and the poor—support a plan Democratic Governor Tom Wolf pitched early this year.

It would implement an immediate $12-an-hour minimum, then increase it gradually to $15. It would also get rid of the state’s separate, $2.83 minimum wage for tipped workers.

Wolf has lobbied for a higher minimum wage throughout his tenure. When they’ve acknowledged his latest proposal at all, GOP leaders have said the ask is too high.

In the only public hearing lawmakers held on the minimum wage this session, Republican committee leaders heard from two economists who said they opposed having a minimum wage at all.

Kim said she doesn’t want to compromise, but added, “something is better than nothing.”

“I don’t know what that magic number is,” she said.

Her co-sponsor on the wage hike bill, Philadelphia Democrat Chris Rabb, said he sees another path to victory: the long game.

A spokesman for House Republicans said the caucus, which still holds a 110 to 93 majority, thinks it can help low earners without changing the minimum wage.

In an email, he wrote that the majority members would rather explore job training programs and “access and education opportunities,” or expand existing tax forgiveness and elimination programs for the poor.

He added, “the biggest barrier in a widespread increase of the minimum wage” is that studies on the subject have shown that an increase might lead to a reduction of hours and available positions for low-wage workers.

After conducting a study on the impact a $12 minimum wage would have on Pennsylvania’s economy, the state’s Independent Fiscal Office concluded it would result in about 34,000 fewer job opportunities, mostly part-time. The office also found a $12 minimum would directly raise wages for over a million non-tipped workers, and indirectly affect around 827,000 more.

They noted that the conclusions from minimum wage studies can vary tremendously based on the data used.

Twenty-nine other states and Washington D.C. have wages set above the federal minimum, including all of those that border Pennsylvania.