The state attorney general says the high-ranking Republican is not “above the law.” 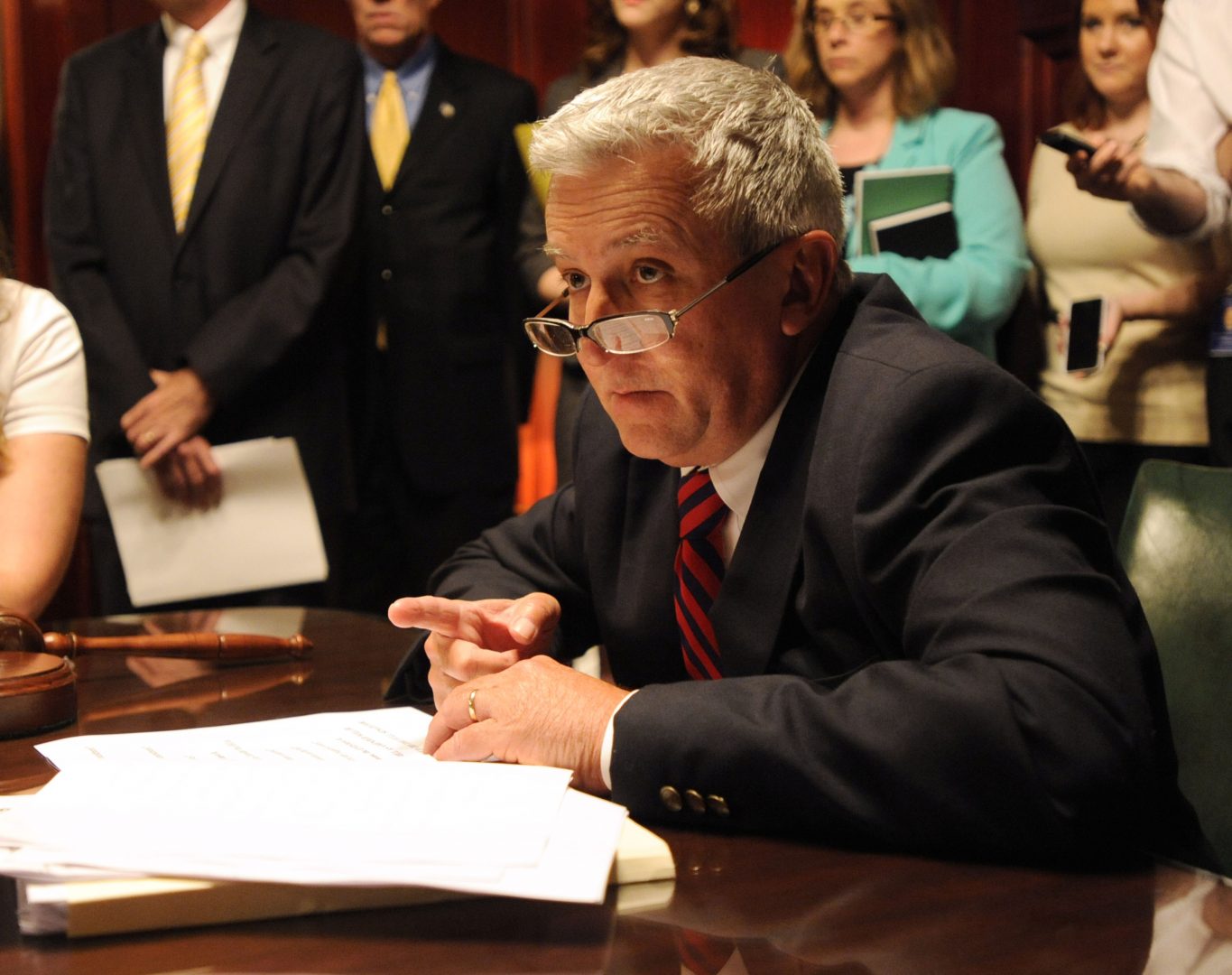 Folmer is accused of child pornography possession, sexual abuse of children and criminal use of a communication facility because of photos that law enforcement officials say Folmer had on his cellphone.

GOP Senate President Joe Scarnati and Senate Majority Leader Jake Corman said Wednesday they “reviewed the criminal complaint and spoke with Mike Folmer early this morning to insist on his resignation from the Senate.” Folmer gave them his letter of resignation, they said.

Folmer, a Republican, has represented Lebanon and parts of Dauphin and York Counties since 2006. Until Tuesday night, he chaired his chamber’s prominent State Government Committee.

Shortly after news of his arrest broke, Folmer’s caucus leaders released a statement saying he is being stripped of his committee post immediately, and that “further action in response to these charges will be taken by Senate leadership in the coming days.”

“We are shocked,” they wrote, “to learn tonight of the allegations made against Senator Folmer.  We will fully cooperate with law enforcement regarding this deeply disturbing matter.”

Before news of Folmer’s resignation, there were calls for him to step down.

“We elect leaders to serve as a voice for those who do not have the ability to advocate for their own needs, demanding that they will protect our children, families, and communities,” Wolf said. He added, the accusations against Folmer “show he has taken advantage of the trust and privilege afforded by the people of Pennsylvania.”

“The charges against Senator Folmer are deeply disturbing,” he wrote. “Given his acknowledgement to possessing child pornography I am calling for his resignation. I believe his constituents and the Senate would be best served by his stepping aside.”

Asked for comment later Wednesday morning, GOP House Speaker Mike Turzai said while he has no sway over the Senate, he also thinks Folmer should step down. He said when he heard the news of the senator’s arrest, he was “aghast.”

According to the state Attorney General, Folmer was taken into custody at his Lebanon County home after the AG office’s Child Predator Section, the Lebanon City Police Department, and U.S. Department of Homeland Security investigated a tip received from Tumblr, a blogging platform. ​

In 2017, an account traced to Folmer had uploaded an image depicting a sexual act between a female minor and an adult male​, the AG said in a news release. When law enforcement carried out a search warrant at Folmer’s home, they report having found two other images of child pornography on his cell phone.

According to the criminal complaint in the case, Folmer admitted to police that the Tumblr account in question belonged to him, along with an associated email, and said he “had been dealing with some personal problems/issues and that he had received child pornography through his Tumblr blog.”

A spokeswoman for the AG’s office said Folmer’s bail was set at $25,000, but could not confirm whether the senator had posted it, or if he was still in custody Tuesday night.

Messages to Folmer’s Senate chief of staff and to the senator himself were not returned.

“This defendant serves as a state Senator and was entrusted to honor and represent his community in the Pennsylvania Capitol,” Attorney General Josh Shapiro said in a statement. “I will continue to say it—no one is above the law, no matter what position of power they hold. I will continue to work to protect children and hold those who abuse them accountable.”

Shapiro noted ​that Folmer is innocent until proven guilty.

Folmer, who was elected to a fourth Senate term in November by a considerable margin, was a key figure in the uphill effort to legalize medical marijuana in the commonwealth in 2016. He has lately taken an active role in a bipartisan effort to update Pennsylvania’s election laws.

This story has been updated to include statements from Governor Tom Wolf, Senate Minority Leader Jay Costa, and House Speaker Mike Turzai.