The group Tuesdays with Toomey gathered outside his Pittsburgh office on Tuesday, Sept. 17, 2019. 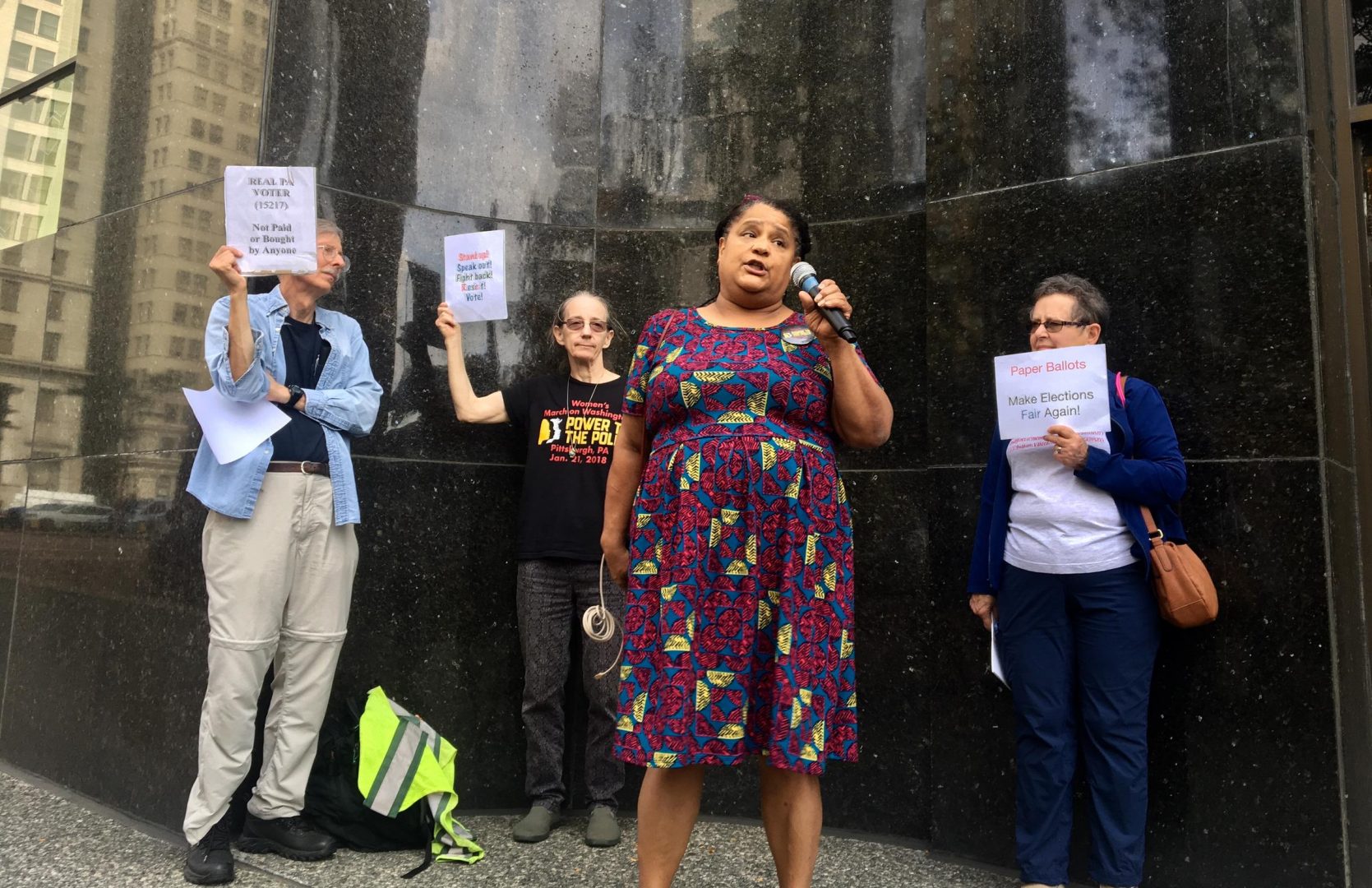 The group Tuesdays with Toomey gathered outside his Pittsburgh office on Tuesday, Sept. 17, 2019.

(Pittsburgh) — Protesters gathered outside U.S. Sen. Pat Toomey’s office in downtown Pittsburgh Tuesday, hoping their presence would push the Republican and his Senate colleagues to take up election security measures.

“Election security matters in ways that we ignored in the 2016 elections,” said Tracy Baton, of the Women’s March on Washington Pittsburgh, who spoke at the event. “In 2016, Russians were actively manipulating our elections. Ignoring those manipulations have gotten us to where we are now. At the core of the democratic process is voting.”

The regularly scheduled gathering was organized by Tuesdays With Toomey, and attendees spoke via a loudspeaker to amplify their cries for change.

Tuesday’s protesters want the Senate to take up that bill, which would require voting systems to use paper ballots, not be connected to the internet, be manufactured in the U.S. and allow the voter to review her selections before she casts her ballot, among other provisions.

But the likelihood of action remains uncertain. In July, Senate Majority Leader Mitch McConnell (R-KY) blocked the bill from being taken up in the Senate, leading critics to call him “Moscow Mitch.”

Toomey has not taken a position on the bill, though a Tuesday statement from his office said that election security was primarily a state responsibility.

“The federal government puts substantial effort and resources into election security by working to identify and stop foreign actors, such as the Russian government,” the statement said. “The U.S. Constitution gives the states the responsibility for administering elections. Overseeing the integrity of Pennsylvania’s elections is a core responsibility of the Pennsylvania Secretary of State, who is appointed by the Governor. Nevertheless, last year, Congress approved $380 million in federal taxpayer funds to help states combat election interference and buy new voting machines.”

In 2017, the U.S. Department on Homeland Security listed Pennsylvania as one of nearly two dozen states targeted by Russia in the 2016 presidential election. State and federal officials said at the time that they had no evidence that Russian attempts to hack election systems have been successful.

Earlier this year, special counsel Robert Mueller concluded a two-year investigation into interference in the 2016 presidential election, which found that Russian attempts to undermine the election were carried out in a “sweeping and systemic fashion.”