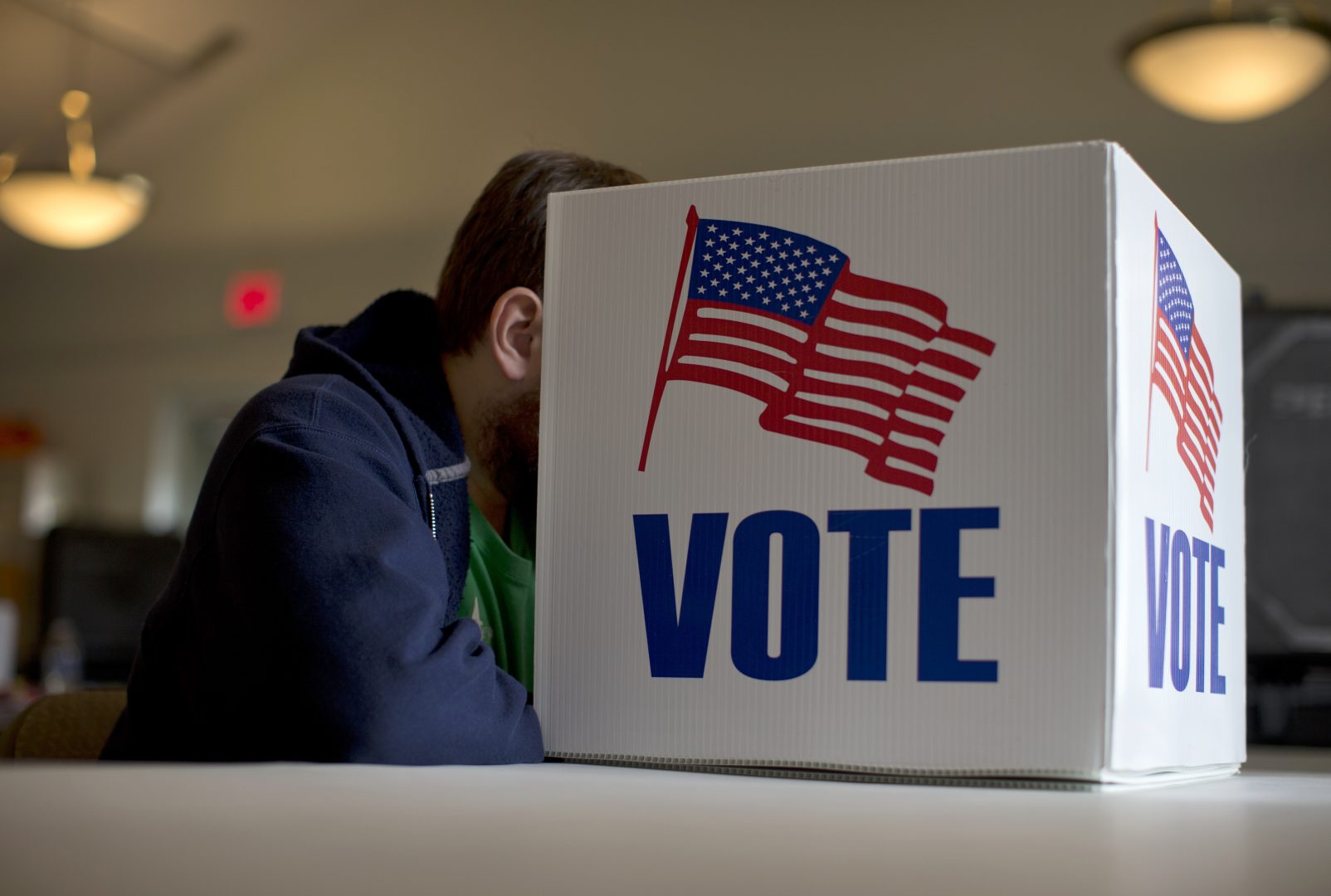 HARRISBURG — Pennsylvania last updated its election code in the 1930s, and most lawmakers agree the commonwealth is overdue to revisit those statutes. Ahead of the fall legislative session, the Senate and House state government committees spent more than two hours Monday afternoon hashing out key issues with advocates and county election officials.

1. Attention on absentees: Absentee ballots got the most attention during the hearing, the same day the Pa. Department of State launched online applications. “No-excuse” absentees and changing deadlines so voters have more time to return their ballots, in particular, generated a lot of discussion. Senate Bill 414 — which passed out of committee nearly unanimously three months ago – would address both issues (a different bill in the House would address timing without requiring a constitutional amendment). Not everyone on the House State Government Committee seems sold, though. State Rep. Cris Dush, R-Jefferson/Indiana, says he doesn’t want voting “to be something that one can do on a whim,” calling it a responsibility that might require people to adjust their schedules.

“That sense of responsibility is starting to … wane in this country,” Dush said. “I believe we need to re instill that.”

Sen. Katie Muth, D-Berks/Chester/Montgomery, pushed back: “There are people that work two, three jobs and sit in traffic and can’t make it to the polls on a single day of the year. … People that don’t have (a conducive) work schedule, may not have vacation time, may not have the capacity to get there, they may be a caretaker. We have to be cognizant that all those people are within our constituencies, and they deserve the opportunity to vote.”

2. The poll worker problem. Ray Murphy, state coordinator for Keystone Votes and deputy director of Pennsylvania Voice, noted expanding access to absentees could mean more mailed ballots, potentially decreasing costs as well as the demand for in-person voting – and that would help address the shortage in poll workers. To that end, officials also discussed splitting poll worker shifts so they’re seven or eight hours instead of 15 (what the commitment now typically entails). Election clerks can work in shorter spurts under current state law – but not judges and other poll workers, according to Joe Kantz, Snyder County Commissioner and co-chair the County Commissioners Association of Pa.’s Elections Reform Committee.

“There’s never really been any statewide legislative funding support for much of the work,” Murphy said. “And (counties) are expected to accommodate changes to the election code, sometimes in a rapid timeline without the needed dollars to make the implementation smooth.”

Murphy also said the state should develop formulas to help counties make better projections for election data points such as turnout and ballot printing needs. That could help save money and improve poll staffing and election outreach as well, he said.

4. Everyone remained mum on how the state will partially reimburse counties for costs to buy new voting machines. Earlier this summer, Gov. Tom Wolf announced his intention to pay for new machines by bonding for $90 million. He made that move after vetoing a bill that tied funding to election law changes including the elimination of straight ticket single party voting.

The Pennsylvania Economic Development Finance Authority hasn’t approved the bond issuance, despite meeting multiple times since Wolf’s decree. PEDFA could act at its October meeting, but not sooner, according to Department of Community & Economic Development spokeswoman Casey Smith. States rarely use this method of payment for voting machines: only Ohio and California have issued bonds to pay for election systems, according to this compendium from the National Conference of State Legislatures. That might change soon, though, says Larry Norden, deputy director of the Democracy Program at the Brennan Center for Justice at New York University School of Law. Norden pointed to a recent Brennan survey that found the majority of election officials need to update their systems, but don’t have the money to do so.

5. Communication breakdown? Senate State Government Committee Chairman Mike Folmer, R-Lebanon, fired off a couple missives over the summer expressing frustration with communication problems with the Department of State as the agency and the legislature tried to work on election reform bills. On Monday, Folmer pushed for answers, focusing specifically on DoS officials’ concerns about a stalled bill seeking to create a bipartisan election law committee.  They’re mostly administrative in nature, according to Deputy Secretary for Elections & Commissions Jonathan Marks, citing the source of funds to cover related travel expenses as an example.

“Look, I just … I just want to get good stuff done,” Folmer told Marks. “And make sure that every vote counts, make sure that those votes are secure. And … do it in the best financial service to our taxpayers, mak(ing) sure that we’re being the best stewards of their money. My point is that if you guys would have just communicated that with us, I think we could have gotten this … done.”