Both sides will keep a close eye on Senate hearings next week.

With more than 100 people clad in red behind him in the state Capitol rotunda, Todd Stephens pulled out a list.​

It was the counties with the highest rate of gun suicide deaths in Pennsylvania.

He kept going reading the names of nearly 20 counties, ending with Crawford.

“I think you get the point,” Stephens said. “This is a problem that plagues all of Pennsylvania and hits rural Pennsylvania particularly hard.”

As state representatives returned to Harrisburg on Tuesday, Stephens urged fellow lawmakers to pass a bill that would create an extreme risk protection order. Those orders empower law enforcement officers to take guns away from people who a court rules are considered a risk to themselves or others.

Stephens was joined by fellow lawmakers for a rally Tuesday morning with red-shirt wearing volunteers from the Pennsylvania chapter of Moms Demand Action for Gun Sense in America. They focused on how extreme risk protection orders can help reduce suicide. 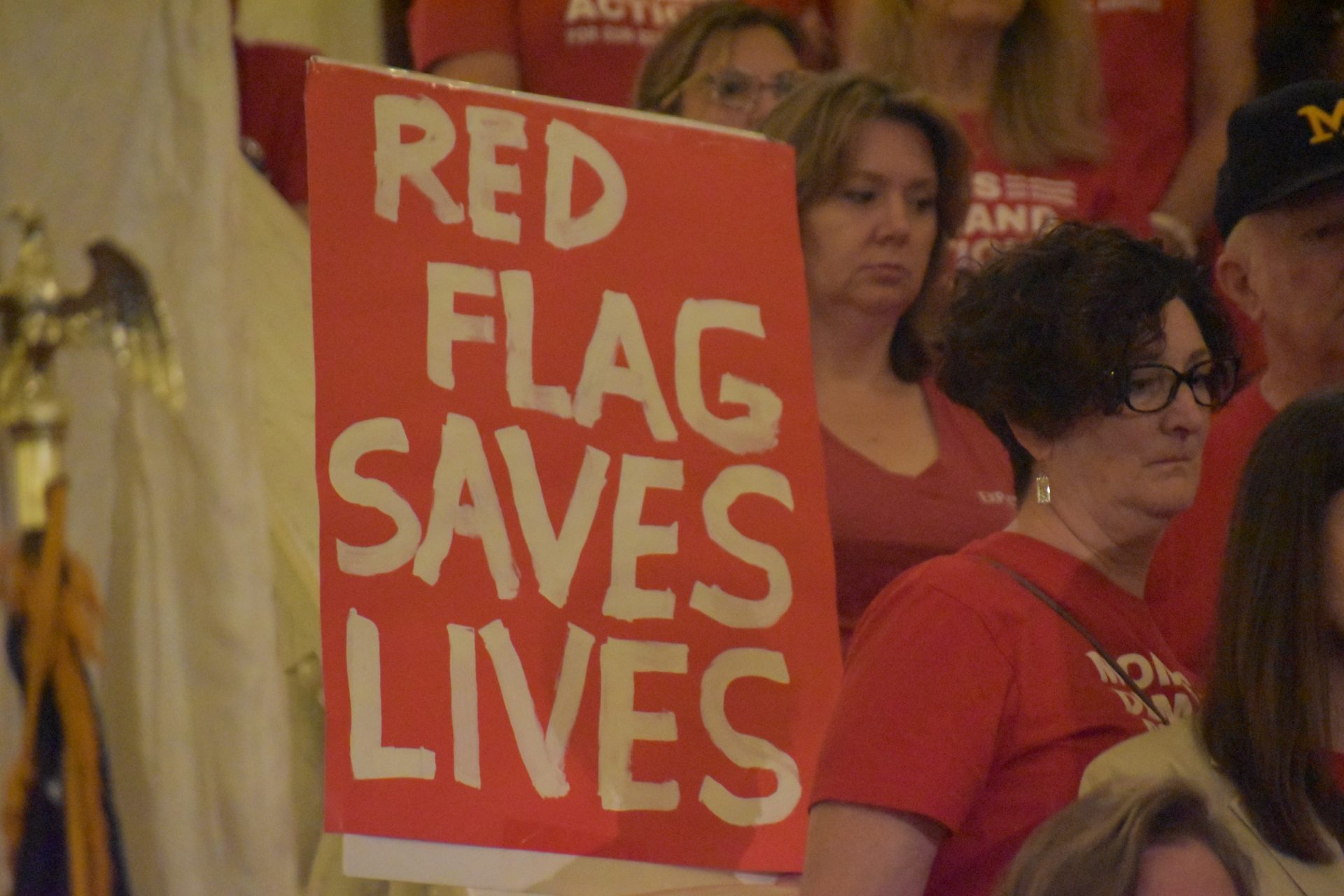 A demonstrator with the Pennsylvania chapter of Moms Demand Action holds a sign that reads “Red Flag Saves Lives” during a rally on Sept. 17, 2019, in the Pennsylvania state Capitol in Harrisburg. 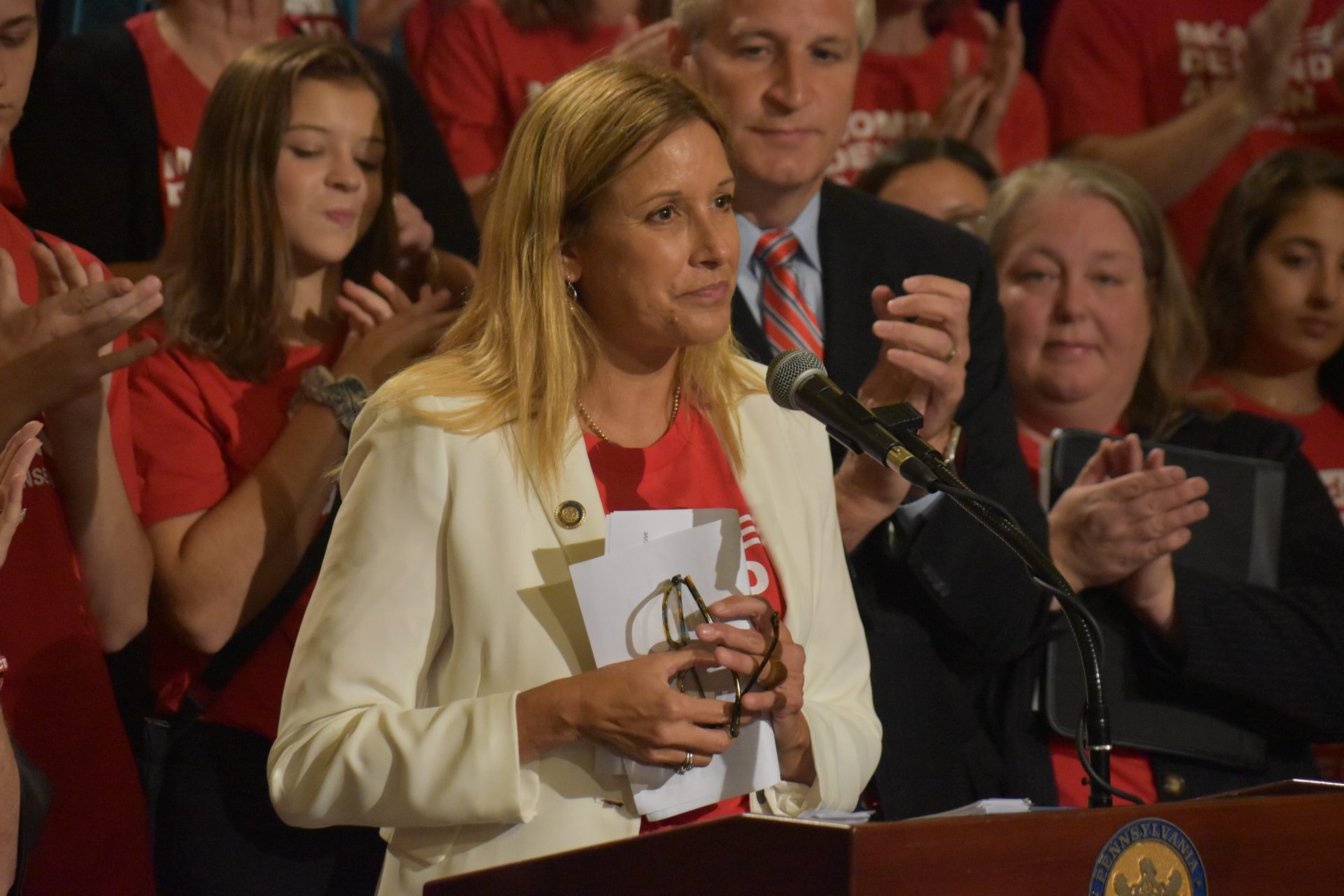 State Rep. Melissa Shusterman, D-Chester, speaks in support of extreme risk protection orders during a rally in the Pennsylvania Capitol on Sept. 17, 2019. 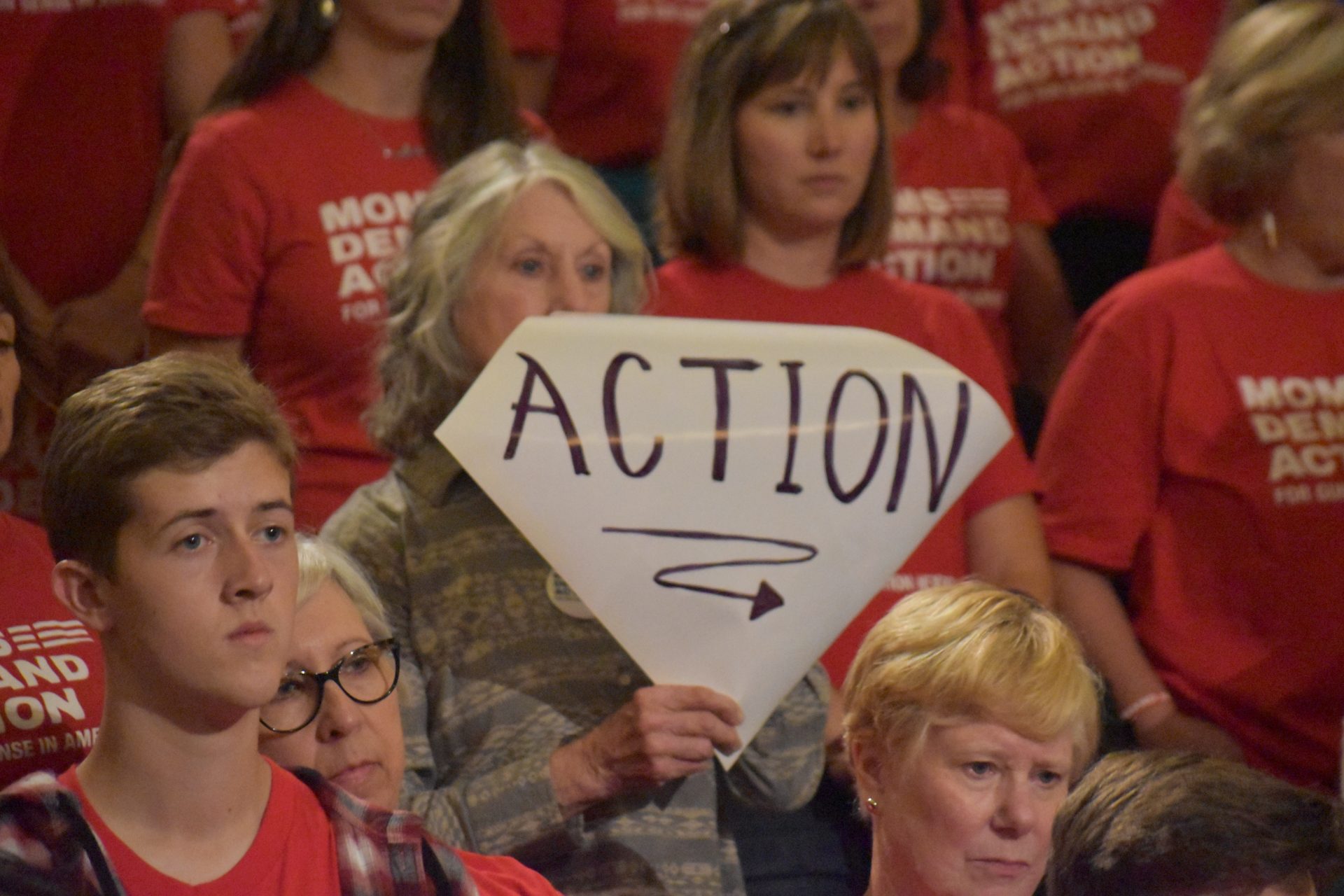 A sign reads “ACTION” during a rally in support of extreme risk protection orders in Harrisburg on Sept. 17, 2019 in the Pennsylvania Capitol. 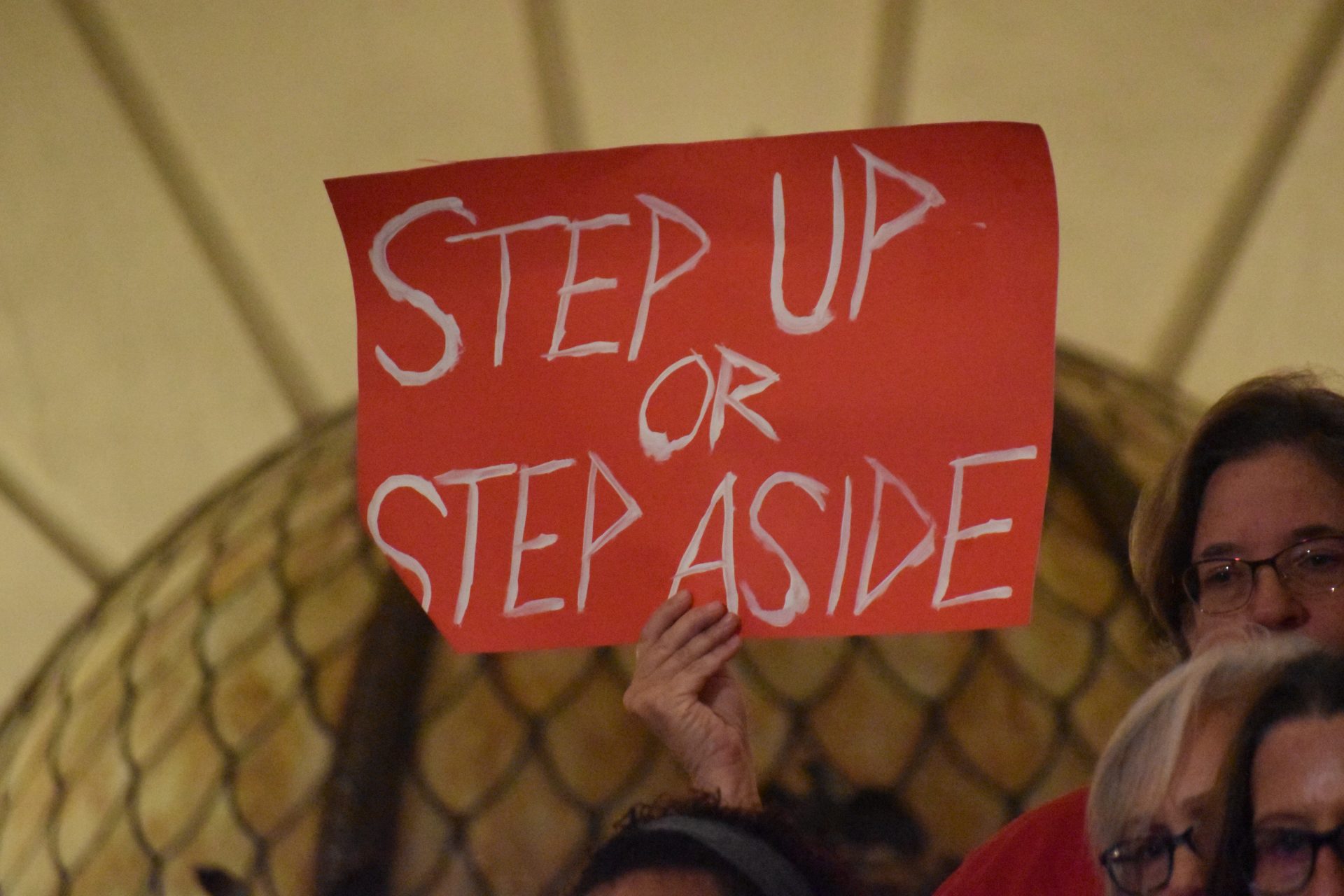 A sign reads “Step Up or Step Aside” at a rally in the state Capitol on Sept. 17, 2019. Volunteers with Moms Demand Action gathered in the Capitol to support extreme risk protection orders.

“His energy was boundless,” said the Chester County lawmaker. “He lived to help others. But all that good, didn’t take his pain away.”

She urged lawmakers to take action.

“Let’s make sure our laws help people in their time of need,” she said. “I don’t want more families to miss their loved ones.”

Nationally, 17 other states have passed some version of a red flag bill. New Jersey’s law went into effect at the beginning of September.

Efforts to pass such a measure face challenges in Pennsylvania. The National Rifle Association and other gun rights’ groups are opposed.

Mike Straub, a spokesperson for the House Republican Caucus, recently told WITF’s Katie Meyer that the caucus is “interested in examining penalties for straw purchases and those who obtain illegal guns,” but that there “is not strong interest in forcing additional regulations on legal gun owners.” On Tuesday, Straub said the next steps for Stephens’ bill will be determined in the House Judiciary Committee.

Stephens doesn’t have any timeline for when his bill might move out of committee.

But he said there’s an important opportunity to win support for the proposal next week in another chamber of the General Assembly, as the Senate Judiciary Committee will hold hearings about guns and extreme risk protection orders.

“I hope that this will be an opportunity for people to learn the facts and see the data, understand the research and recognize that this is a very narrow and limited approach that is saving lives in other states,” Stephens said.

Jenn Kocher, a spokesperson for the Senate Republican Caucus, said lawmakers “will continue to take a holistic approach to tackling the cause of these tragedies and continue to take action.” But she also said, “we understand that we cannot take action that will criminalize the millions of Pennsylvanians who responsibly and legally own firearms.”

Opponents of red flag bills are preparing for those hearings. Firearms Owners Against Crime is urging people to travel to Harrisburg for the hearings on Sept. 24 and 25.

“PATRIOTS ASSEMBLE!!!” the group wrote on its Facebook page.  “…When you come, IF you can’t get into the hearing be prepared to visit your legislators and any others and urge them to stop anti-Liberty legislation from moving through the legislature.”

He spent two years in a cubicle. Then he decided to return to a Juniata County dairy farm