Sue Klebold, an advocate of mental health awareness and mother of one of the Columbine High School shooters, speaks with Transforming Health reporter Brett Sholtis at Penn State Harrisburg on September 16, 2019. 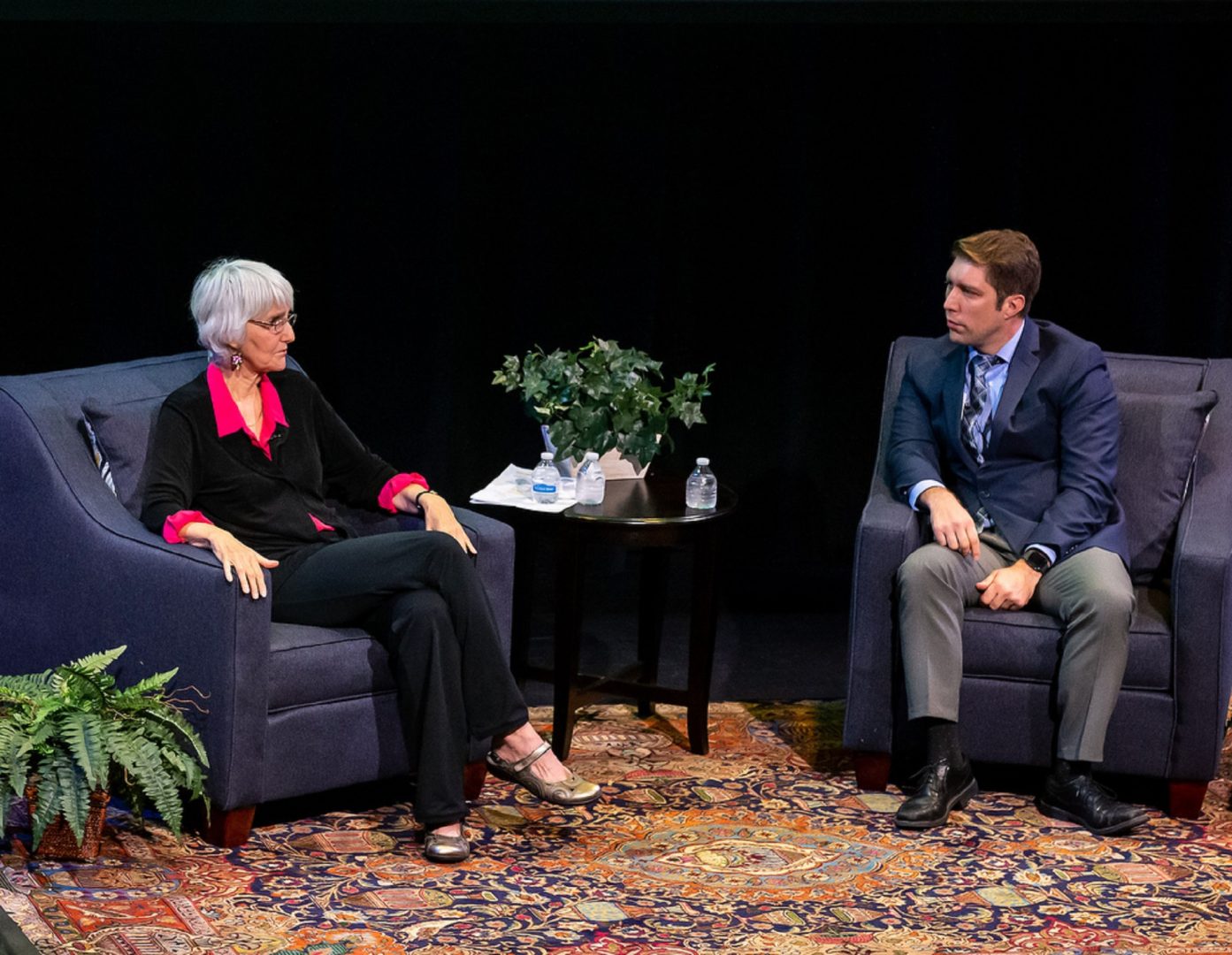 Sue Klebold, an advocate of mental health awareness and mother of one of the Columbine High School shooters, speaks with Transforming Health reporter Brett Sholtis at Penn State Harrisburg on September 16, 2019.

Backstage a few minutes before speaking in front of hundreds of people, Sue Klebold talked about an idea she knows infuriates some people.

Twenty years have passed since her son Dylan and his friend Eric Harris murdered 13 people and killed themselves at Columbine High School. Klebold said some people still can’t accept that she didn’t know her son was depressed and suicidal, and that she couldn’t have prevented the tragedy.

After the Columbine massacre, parents would say she and her husband must have been responsible somehow. Parents would say there was no way their own children would have gotten away with building bombs and acquiring weapons.

Klebold, 70, said people don’t want to believe that you can be a good parent, and your children can still do terrible things. 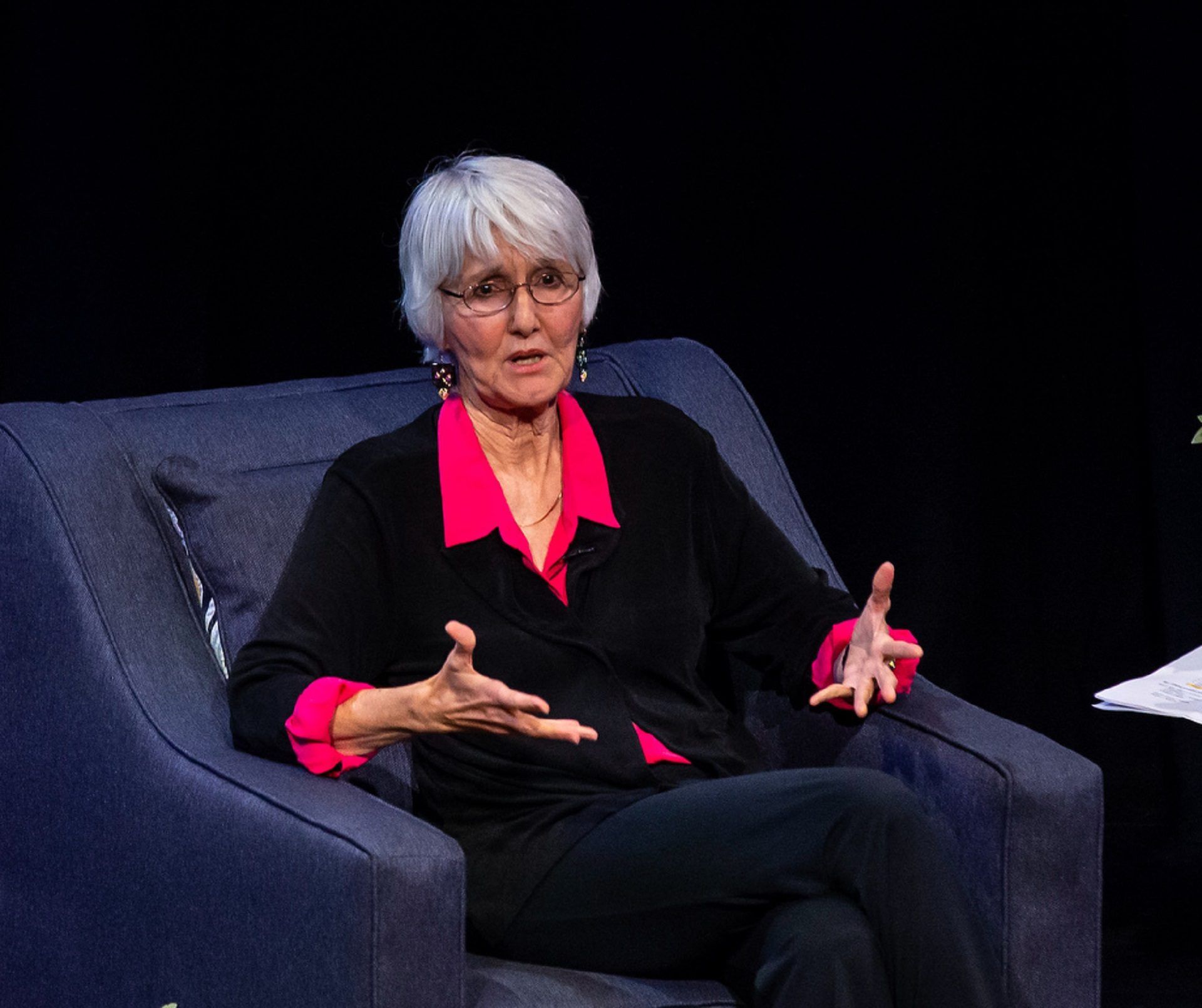 Sue Klebold, an advocate of mental health awareness and mother of one of the Columbine High School shooters, speaks at Penn State Harrisburg on September 16, 2019.

But she said there’s a dire need for people to come to terms with this reality. In her book, Klebold noted that one in five teens will at one point have a diagnosable mental health condition. Of them, only 20 percent will ever be diagnosed.

Each is at an increased risk for suicide, drug abuse and crime, as well as simply not reaching their potential. Almost none will go on to commit mass violence, but there are links between suicidal thoughts, extreme depression and desperation and past mass killings.

She cautioned against searching for easy answers, whether it’s blaming parents, or pointing to video games, music and bullying, like she said some people did after the tragedy.

She also noted that mental illness itself isn’t a risk factor for violence. It’s only through a combination of risk factors — including alcohol and drug abuse — that a person with a mood disorder is likely to hurt others. 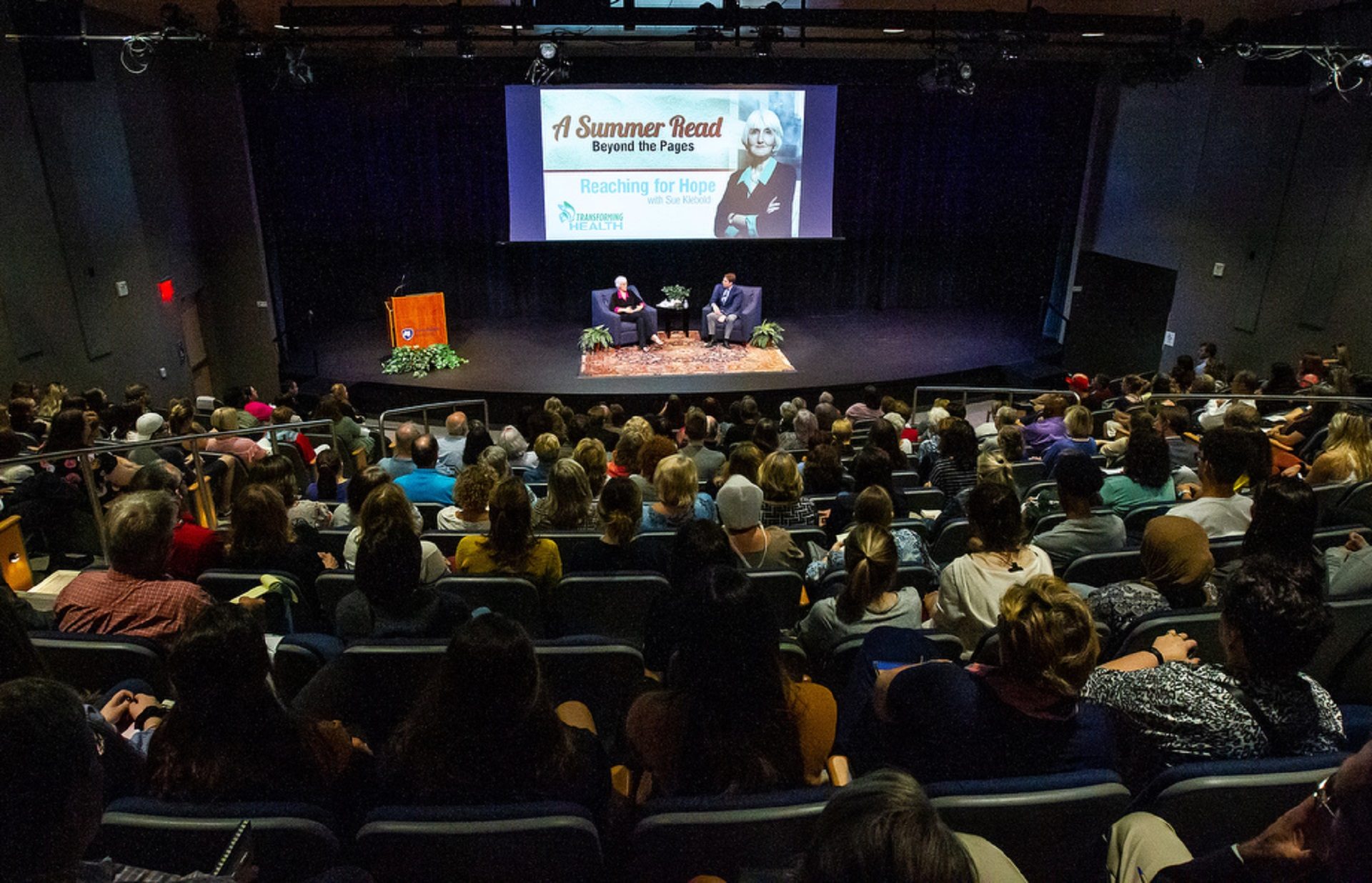 Sue Klebold, an advocate of mental health awareness and mother of one of the Columbine High School shooters, speaks at Penn State Harrisburg on September 16, 2019.

Speaking at Penn State Harrisburg’s Mukund S. Kulkarni Theatre as part of Transforming Health’s “A Summer Read” book series, Klebold said she believes her son was suffering from a mental illness and had lost the tools needed to make rational decisions.

Klebold is hesitant to jump from her personal story into the realm of policy proposals. Still, answering questions from a few of the roughly 250 people at the event, she said she supports extreme risk protection orders, also called red flag laws, which empower law enforcement to temporarily take firearms from someone’s possession if a court deems that individual a risk to themselves or other people. Seventeen states have passed such laws, and some Pennsylvania lawmakers are pushing for one in the commonwealth.

Klebold also is an advocate for mental health first aid training, which teaches people to identify and help others who are experiencing a mental health crisis.

Her reason is both practical and personal. Klebold said she couldn’t have known of Dylan’s plan to kill others. However, she wonders whether she could have learned that he was suicidal.

She remembers one evening when he seemed distant and irritable. When she asked what was wrong, he dismissed her question. She wishes she’d have said three words: