NPR shopping cart economics: How prices changed at a Walmart in 1 year 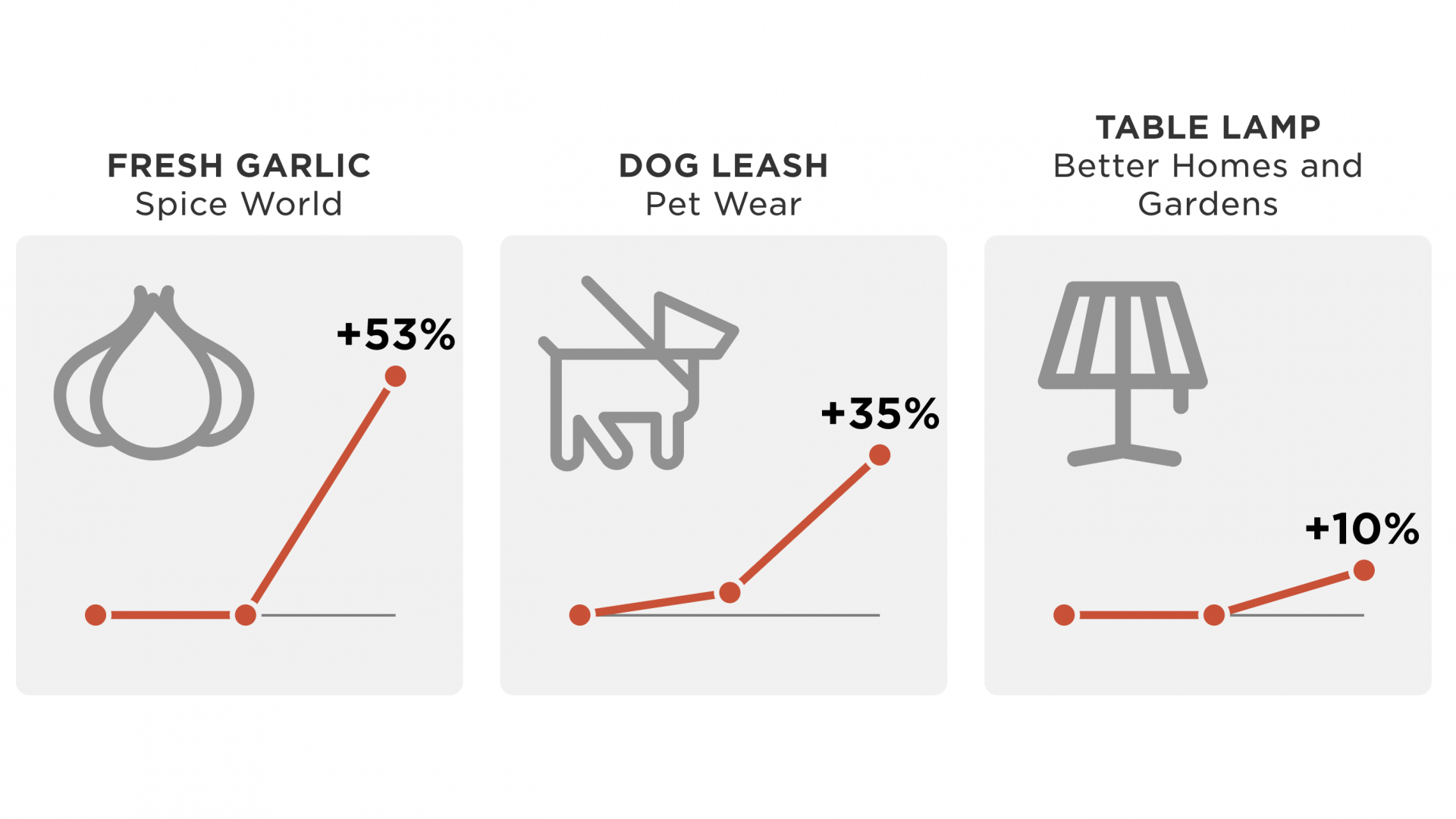 (Liberty County, Ga.) — Shoppers beware. That warning has come from economists ever since the trade war with China began last year. Eventually, they said, the fight between the two economic superpowers will hit regular Americans with higher prices at the cash register. The tariffs will bite.

Already some things are costing more. But the impact of the tariffs is uneven.

In August 2018, NPR began tracking how those tariffs might trickle down to shoppers at the world’s largest retail store chain — Walmart. Since then, every few months we’ve checked prices of about 80 products at one Walmart in Liberty County, Ga., with tariffs in mind.

After one year, some prices in NPR’s basket of goods have climbed significantly, at least in part because of the tariffs. The price of a dog leash has climbed 35%. A screwdriver costs 7% more.

But prices are complicated. They don’t automatically rise with tariffs.

In fact, shoppers are only starting to feel tariffs. Last year, the Trump administration specifically targeted industrial materials and parts, rather than consumer products, to avoid shocking Americans with price hikes. The new rounds kicking in this month and in December will more directly affect a lot more of the things people buy every day, such as shoes, clothes and electronics.

To the White House, the goal of tariffs is to make Chinese imports more expensive so that American companies move production and jobs back to the U.S. But few companies have actually been able to do that; many stay put or switch to other foreign countries such as Vietnam.

Many makers and sellers have so far chosen to absorb most of the tariffs, spread them across dozens of items, or pressure suppliers to bear more of the burden. Big U.S. retailers — such as Walmart, Target and others — get the final say on the price tags, and for them, jolting shoppers with price hikes is the last resort.

When it comes to the prices inside NPR’s tariff-inspired shopping cart, the average price change since August 2018 was a 3% increase. That’s almost double the current rate of inflation.

It is important to note that some prices actually declined. The two most expensive Chinese-made items in NPR’s basket got cheaper: a TV by 12% and a microwave by 17%. That’s because TVs and other electronics have been getting cheaper for years.

Tariffs are only part the story. Prices go up and down for a variety of reasons. For example, Procter & Gamble last year raised prices on Charmin toilet paper and Bounty paper towels — noticeable in NPR’s shopping cart — because of higher costs of transport and raw materials such as paper pulp.

To create NPR’s basket, we consulted the lists from 2018 of tariffs the White House imposed on imports from China, but also Mexico and Canada — as well as China’s retaliatory tariffs on U.S.-made products. The cart includes items from across the superstore, including groceries, home goods and stationery.

No company wanted to discuss specific products. But Jennifer Dolin, head of government affairs at Ledvance — maker of Sylvania lightbulbs in NPR’s shopping cart — said tariffs are “one of several factors” that have contributed to price fluctuations on lighting products.

“A majority of lighting components and finished products that are sourced from China have been impacted by the recent tariffs levied by the U.S. government,” Dolin said in a statement. “These tariffs affect almost every lighting company doing business in the United States, including Ledvance.”

Toolmaker Stanley Black & Decker — whose screwdriver is in NPR’s basket — warned last October that it would start raising prices this year to offset $200 million in new production costs caused by tariffs. A spokeswoman told NPR: “While we manufacture much in the U.S., we do have a global supply chain that we rely on with manufacturing across the globe.”

NPR is also tracking the price of a colorful girls bicycle with training wheels, made by Kent International. CEO Arnold Kamler declined to address Walmart prices, but said his company has “found it necessary to increase our prices by a minimum of 15%” because of higher tariffs.

Not easy to shift manufacturing

Two of the price increases we saw in NPR’s basket were in pet products: a dog leash and a dog collar. The industry has been hit by tariffs affecting fabric, metal and plastic — and many of the pet items are predominantly made in China, said Mike Bober, head of the Pet Industry Joint Advisory Council.

Like most other manufacturers — in shoe, auto and other industries — the makers of pet products have tried to absorb new costs, especially as the U.S. dollar has been strong against the Chinese yuan. But they can’t do that in perpetuity, Bober said.

Plus, similar to companies that make furniture or children’s goods, makers of pet care products are leery of abandoning their business with China — as President Trump has “ordered” companies to do — because of long-standing safety and quality standards they’ve developed at factories there.

“Really throughout the entire life cycle of pet care products everyone is feeling the pinch on this, and ultimately the people who are going to suffer the most are the pet owners,” Bober said. “Prices are going to have to continue to go up.”

Food prices — another category with some major price jumps in NPR’s basket — are some of the trickiest to analyze. They fluctuate a lot and get influenced by many factors besides tariffs.

For example, higher price tags on cod and cabbage had more to do with bad weather and low catch rates than the trade war, said Food Institute President Brian Todd.

On the other end of the spectrum, China’s retaliatory tariffs against U.S. products helped drive down prices on pork and some seafood. China restricting imports from the U.S. left North American companies with a glut to sell domestically. “We lost an export market, so there’s more here,” Todd said.

At the same time, higher prices for garlic — they soared 53% — actually illustrate tariffs working as intended.

China had been the biggest exporter of garlic to the U.S., and domestic garlic growers have long argued they were being undercut by cheaper Chinese competition. Now that Chinese garlic faces higher tariffs, domestic companies can charge higher prices.

Walmart did not comment for the story, but in May, the company warned that “increased tariffs will lead to increased prices for our customers.” Last month, Walmart Chief Financial Officer Brett Biggs said the company has been able to “thoughtfully manage pricing and margins.”

“We spread the impact across hundreds of thousands of items we have in the market,” Walmart U.S. CEO Greg Foran told reporters at the time.

Ayesha Abid contributed to this report.

No deal: Auto workers strike against GM in contract dispute