FILE PHOTO: This May 11, 2015 file photo shows nuclear waste stored in underground containers at the Idaho National Laboratory near Idaho Falls, Idaho. Federal authorities want to store the partially melted core from one of the United States' worst nuclear power accidents for another 20 years in Idaho. The U.S. Nuclear Regulatory Commission said Monday, Sept. 16, 2019 it's considering a request from the U.S. Department of Energy to renew a license to store the radioactive debris from the Three Mile Island nuclear power plant. The core of a reactor south of Harrisburg, Pa., partially melted in 1979.

(Boise, Idaho) — The partially melted reactor core from the worst nuclear accident in U.S. history could remain in Idaho for another 20 years if regulators finalize a license extension sought by the U.S. Energy Department, officials said Monday.

The core from Three Mile Island in Pennsylvania partially melted in 1979, an event that changed the way Americans view nuclear technology.

The U.S. Nuclear Regulatory Commission has determined there would be no significant impact from extending the license to store the core at the 890-square-mile site that includes Idaho National Laboratory.

“No significant radiological or non-radiological impacts are expected from continued normal operations,” the commission said about its finding.

The agency would also have to complete a safety evaluation report before renewing the license. Commission spokesman David McIntyre said that will likely happen in the next several days.

The Energy Department site sits atop the Eastern Snake Plain Aquifer, a Lake Erie-size underground body of water that supplies cities and farms in the region with water.

The new license would be good through 2039, four years past a deadline the Energy Department initially set with Idaho to remove the radioactive waste.

State and federal officials say the waste could still be shipped out of Idaho ahead of the 2035 deadline and would not affect the 1995 agreement that contains penalties for missed deadlines.

Idaho is already fining the Energy Department for missing a deadline involving radioactive liquid waste stored at the site.

It’s not clear where the Three Mile Island waste could be moved, as the U.S. doesn’t have a designated repository.

The U.S. Energy Information Administration says there’s some 77,000 tons of spent nuclear fuel stored at commercial nuclear sites around the country because there’s no place else to put it.

The Department of Energy said no additional material would be added to the waste storage site in Idaho.

The previous license expired in March. It said the maximum amount of Three Mile Island debris that could be stored at the Idaho site was 183,000 pounds of damaged nuclear fuel assemblies and 308,000 pounds of material removed from the reactor vessel.

Court battles between Idaho and the federal government culminated with the 1995 agreement requiring the Energy Department to clean up the Idaho site as well as prevent the area from becoming the nation’s nuclear waste dump.

Exelon Generation, the company that owns the remaining nuclear power plant at Three Mile Island, has said it will shut down the facility by the end of this month.

The company blamed economic challenges and what it said are market flaws that fail to recognize the value of nuclear plants. 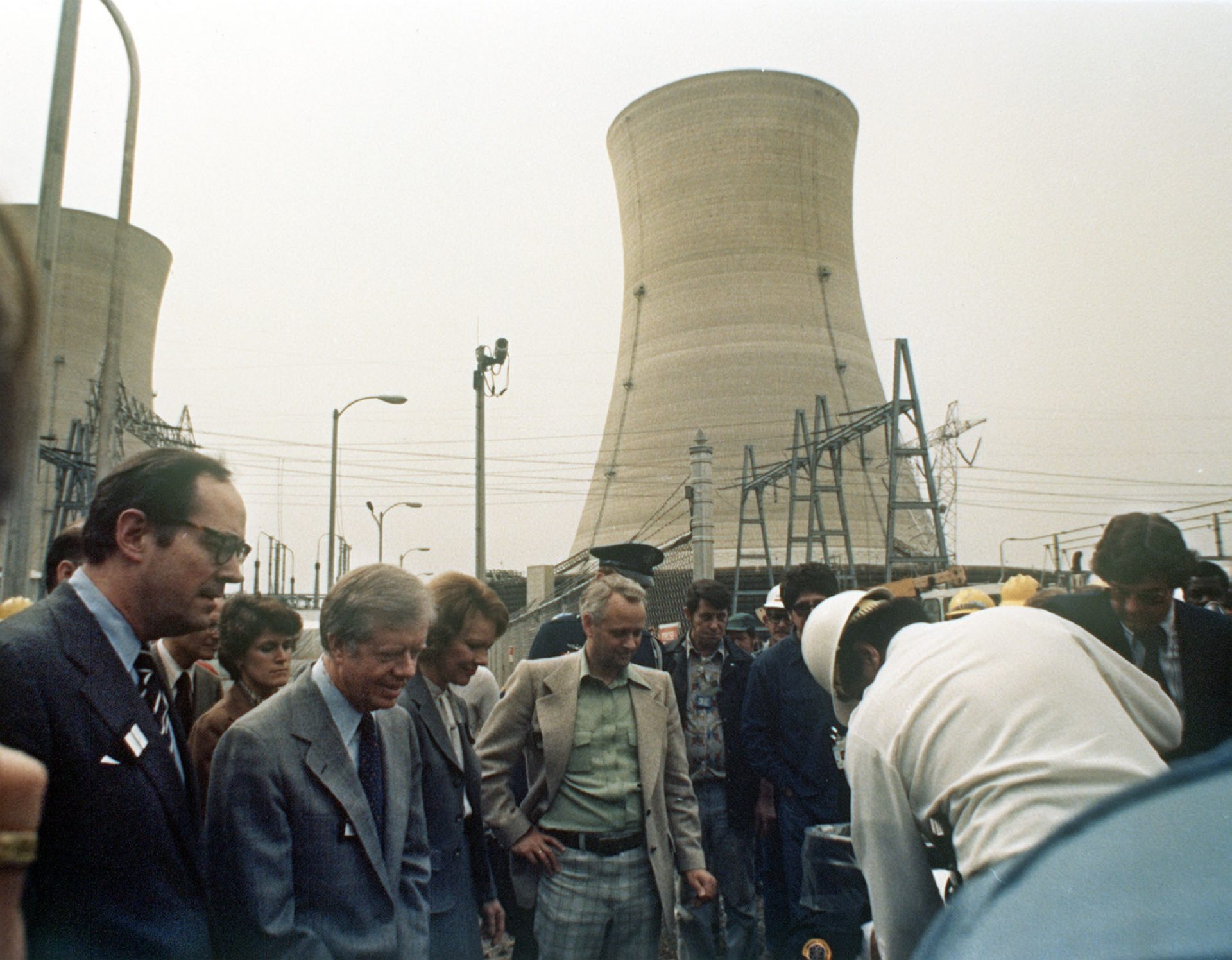 (Boise, Idaho) — Federal authorities want to store the partially melted core from one of the United States’ worst nuclear power accidents for another 20 years in Idaho.

The U.S. Nuclear Regulatory Commission said Monday it’s considering a request from the U.S. Department of Energy to renew a license to store the radioactive debris from the Three Mile Island nuclear power plant.

The core of a reactor south of Harrisburg, Pennsylvania, partially melted in 1979.

The commission says continuing to store the debris at the Energy Department’s 890-square-mile site in eastern Idaho that includes the Idaho National Laboratory will have no significant impact.

The license would be good through 2039, four years past an agreement the Energy Department has with Idaho to remove the high-level radioactive waste.