Khalid Raheem, who organizes the Committee for a Civilian Police Review Board of Allegheny County, spoke in support of the proposed board before the Allegheny County Council meeting July 10, 2018. 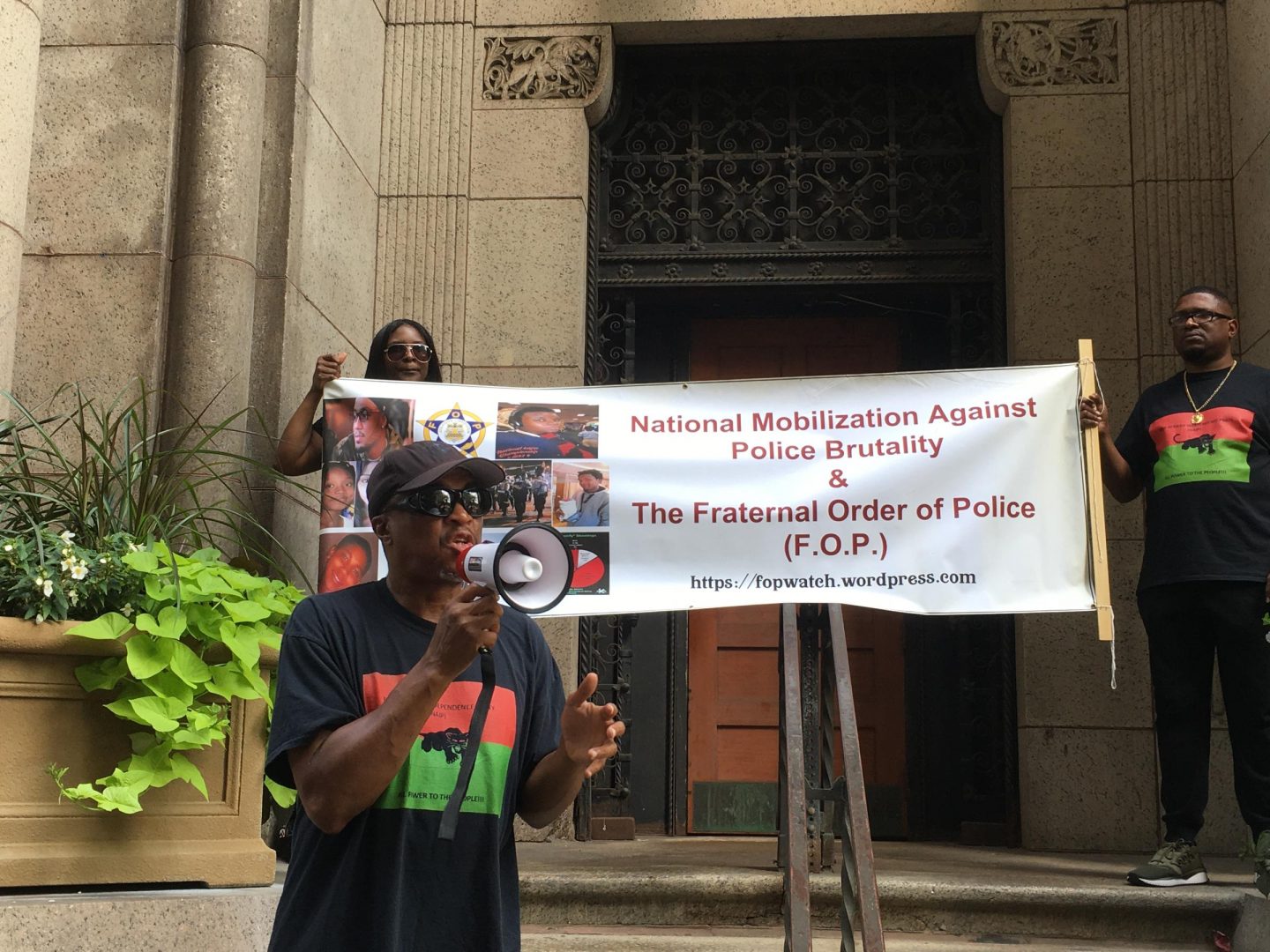 Khalid Raheem, who organizes the Committee for a Civilian Police Review Board of Allegheny County, spoke in support of the proposed board before the Allegheny County Council meeting July 10, 2018.

(Pittsburgh) — Pittsburgh City Council approved a future public hearing on possible reparations for black residents. The idea was proposed by the New Afrikan Independence Party, which delivered a petition to council on Tuesday.

“We’re demanding reparations because of … the impact of Jim Crow, mass incarceration,” Raheem said. “And the fact that we have some people who were members of [Black Panther and Civil Rights] movements who remain incarcerated after 40, 50 years. Part of our demand for reparational justice would include their release, as well. And police brutality. We could talk about Sandra Bland, Eric Garner, even Antwon Rose, Jr.”

Raheem said the focus for now is for Pittsburgh’s black residents. They later hope the discussion would spread to a county-wide and eventually a state-wide discussion. As of right now, he said they do not have a plan as to how reparations could be paid back, whether through taxes or a yearly budget, but they want to have a discussion about it.

“That’s part of the public hearing,” Raheem said. “We want to hear from everyone about how they think this would best work.”

Councilor Ricky Burgess said he thinks it’s always a good time to have a conversation about the historical impact of slavery and discrimination—and their ongoing social, economic and educational impacts.

“I think the way to go forward is to support the investment in traditional African American communities where the majority of African Americans in Pittsburgh live,” Burgess said. “I think if we begin to—which we have—we begin to rebuild and significantly invest into areas like Homewood, Larimer, Beltzhoover, the Hill District, North Side. If we begin to invest $1 billion or so worth of money into those communities for development, I think you can see transformation.”

A date has not yet been set for the public hearing.

Pence vows to ‘honor the memory’ of 9/11 victims, noting a generation has grown up since the attacks