The drug will be available at 95 locations across the state on Sept. 18 and 25.

“Naloxone has one function: to reverse the effects of opioids on the brain and respiratory system to save someone’s life,” Secretary of Health Dr. Rachel Levine said. The drug is part of the state’s plan of “prevention, rescue and treatment” for people living with or at risk for opioid use disorder.

Levine said the previous distribution day last December showed that there is a lot of public interest for people to help their loved ones with naloxone, and she expects even more demand this time.

So far this year, reports from county coroners seem to indicated death rates similar to 2018, she said.

Naloxone also is available at most pharmacies across the state year-round, and is available to many people either for free or at a low cost, Levine said.

In Cumberland County, Brittney Webster said some people are afraid to go to the pharmacy, where they may face potential judgement from their neighbors.

“So when we have these distribution days I think that provides a lot of safety for people who are not yet ready to face the stigma,” Webster said. 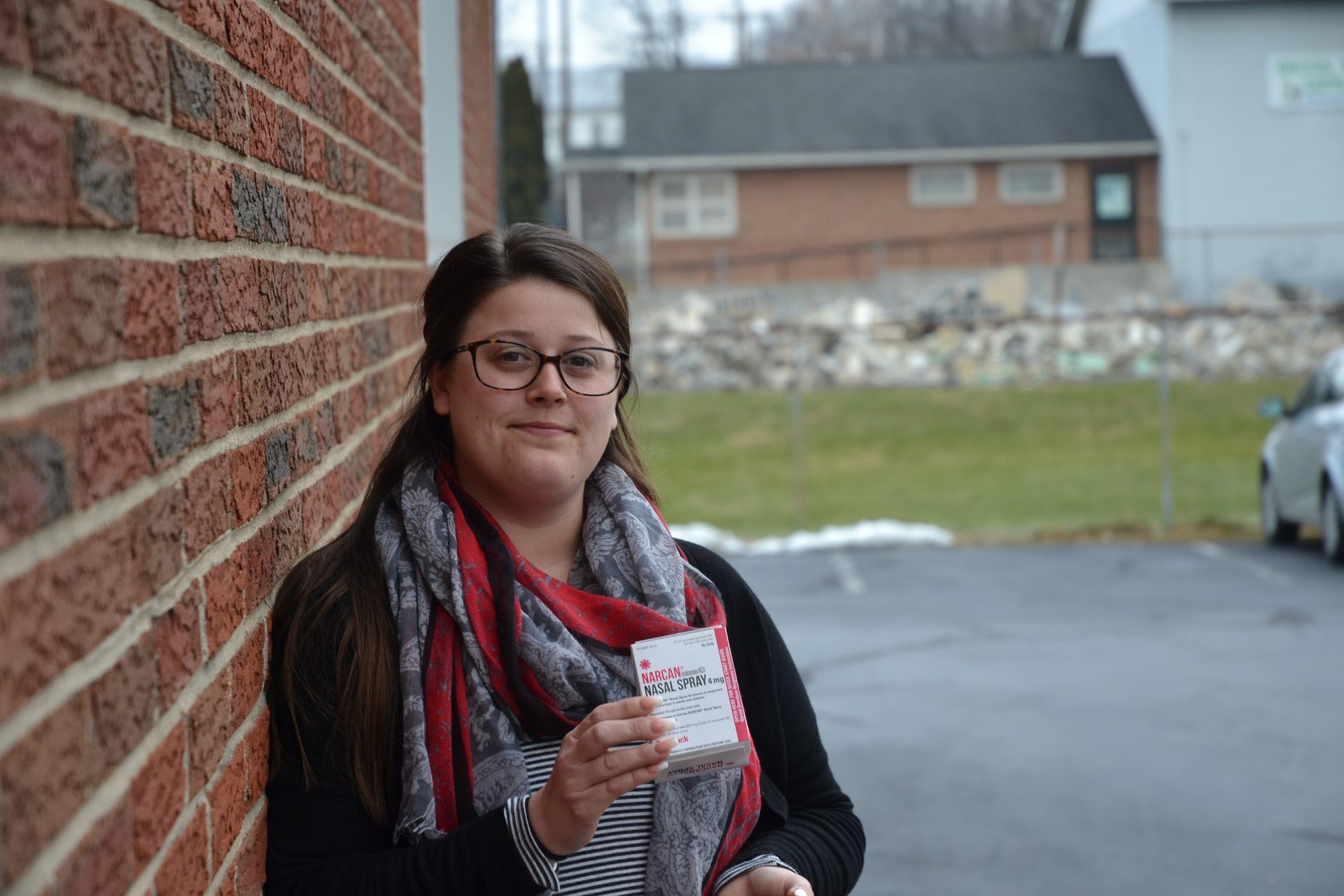 Brittney Webster stands for a portrait outside of a state health center in Carlisle where she got naloxone provided by the state in December 2018. Webster says she gave her doses of naloxone to a friend who used it to save her partner.

Webster has been off opioids for seven years, and works helping others living with addiction. Last December, she stood in line for naloxone at the Carlisle Health Department. She later gave two doses of that naloxone to a friend whose partner was addicted.

“I gave them to her, and those doses were used, and did save his life,” Webster said. “So he is still with us.”

At the health department, Levine said first responders have used naloxone 25,000 times since 2014 to save lives. With friends and family members also carrying the drug, it’s hard to say how many lives have been saved with it.

“But we know that its availability is so important to save lives,” she said.