Cardinal Newman School in Columbia, S.C., is seen in this photo on Tuesday, August 6, 2019. Parents with students at the private Catholic school are angry officials waited two weeks to let them know a 16-year-old student was expelled and arrested after authorities said he made racist videos and threatened to shoot people.

Schools face backlash for not reporting threats to parents

Some schools have faced criticism for favoring privacy over informing the community. 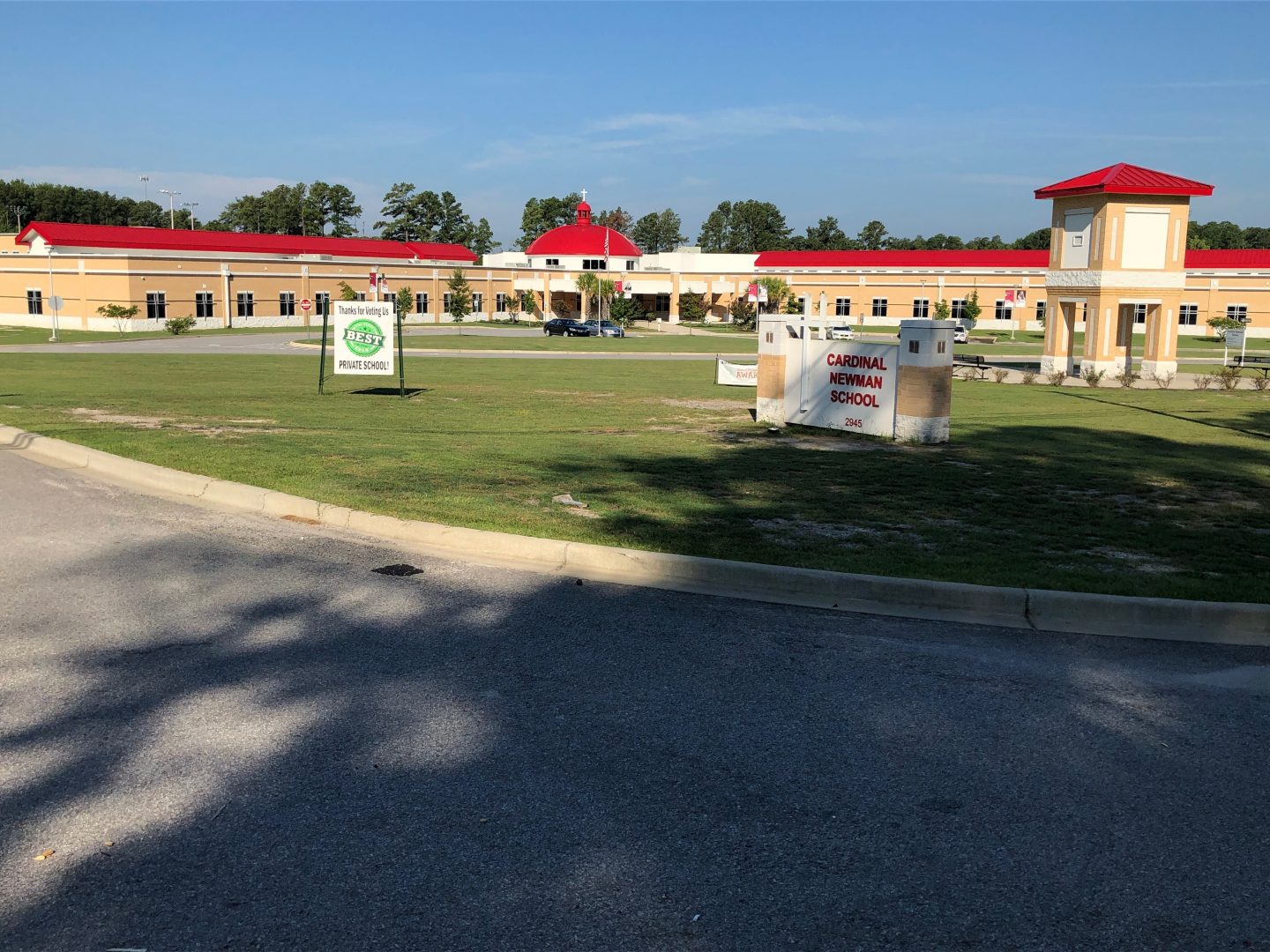 Cardinal Newman School in Columbia, S.C., is seen in this photo on Tuesday, August 6, 2019. Parents with students at the private Catholic school are angry officials waited two weeks to let them know a 16-year-old student was expelled and arrested after authorities said he made racist videos and threatened to shoot people.

(Raleigh, N.C.) — When officials at a Catholic high school in South Carolina learned that a 16-year-old student made videos of himself firing a gun and using racial slurs, they alerted police, but not parents. After the videos made it into the news over the summer, the backlash came quickly.

Outraged parents complained they were left in the dark about the teen’s threat to shoot people at Cardinal Newman School while their children were at risk. The principal took more than two weeks to send letters to parents about the videos and later apologized for not sharing information sooner.

While schools are more vigilant than ever about threats or signs of potential violence, some have faced intense criticism for favoring privacy over informing the community. When trying to strike a balance, security experts say there’s one rule: Tell parents as much as you can as soon as you can.

Some school districts are now sending letters home even if a threat isn’t specific or to warn what consequences children face if they make a threat.

Parents got more concerned about what schools tell them about security threats after details emerged about a shooter who killed nine people last month in an Ohio entertainment district.

The 24-year-old gunman had been suspended from his high school years before the shooting for compiling a “hit list” of fellow students, former classmates say. Police told at least some of his classmates that they were on the list, but it’s not clear what information the school shared widely at the time.

The suburban Dayton school district has refused to release information about Connor Betts, who was shot and killed by police, citing legal protections for student records. News organizations, including The Associated Press, CNN, The New York Times and others, have sued for access to Betts’ high school files.

Schools can seem less transparent than police, who are legally allowed to reveal more information, and administrators can struggle to stay ahead of rumors as students quickly post on social media.

Schools can’t release children’s names, but those that don’t communicate at all can face parent revolts when details come out later.

In Ohio’s Highland Local Schools, where some staffers can carry concealed weapons, angry parents told the school board that they should have been told when a first-grader picked up a loaded handgun left unattended by an employee in March. Instead, they learned about it in August in The Columbus Dispatch newspaper.

School board president Wayne Hinkle said officials could have communicated better with parents.

“I’m still working on what should have and could have and whatever,” he said. “Heaven forbid this ever happens again. If it does, I do believe the school will be better equipped to handle it.”

At the Catholic school in South Carolina, officials learned of the threatening videos, which the student forwarded in a group text, on July 13. They called police and told his parents he would be expelled.

He was arrested on July 17 when another video surfaced in which he threatened to shoot people at the private school in the state’s capital, authorities said. He was charged as a juvenile with making student threats.

The first two videos show the white teen firing more than two dozen shots into a box that he says represents black men, authorities said. He uses a racial slur several times in the videos and says African Americans “are bad people.”

The State newspaper in Columbia published an article on the videos July 30. In a series of letters to parents days later, principal Robert Loia said the threat had been addressed and school leaders did not think anybody was in danger.

He faced intense criticism from parents before apologizing in a letter Aug. 5.

“I realize now that I should have communicated with you immediately when I learned a violent threat had been made against our school community,” Loia wrote.

A spokeswoman for the Diocese of Charleston, which covers the Columbia school, didn’t respond to messages asking if the school or diocese wanted to discuss how the parents were notified.

“Any kind of threat to the children, every parent should know and continue to be kept abreast of what’s happening,” said Greg Pryor, a parent who attended a meeting with administrators on the issue.

Other schools have sent letters to parents even in cases where officials determined there wasn’t a credible threat.

The Ravena Coeymans Selkirk Central School District outside Albany, New York, sent a letter to parents in November about a “non-specific, verbal bomb threat” even though they had determined the student was just blowing off steam.

The school and law enforcement responded that way because this is an “era where there is no such thing as an innocuous threat,” Superintendent Brian Bailey said.

Schools in Kentucky also are now sending letters to parents outlining what happens if their child makes a threat. The letters, required in a law passed this year in response to a 2018 shooting that killed two students at Marshall County High School, say schools will pursue charges when a student makes a threat that could result in death or injury.

“We’re done with it,” said William Boblett, superintendent of Boyd County schools in eastern Kentucky. “We’re tired of dealing with this.”