''This is the beginning of a long walk." 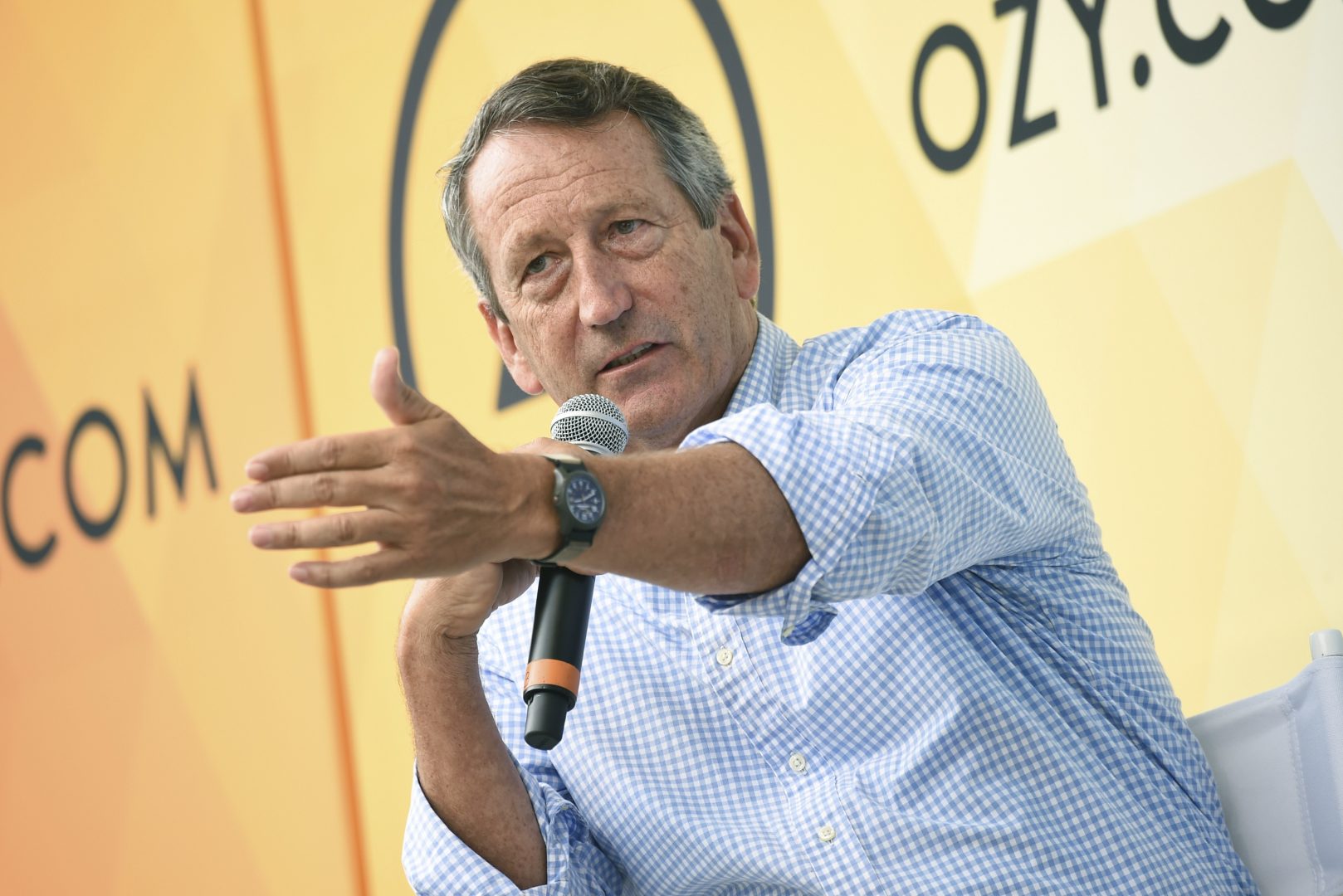 (Columbia, S.C.) — Mark Sanford, the former South Carolina governor and congressman, joined the Republican race against President Donald Trump on Sunday, aiming to put his Appalachian trail travails behind him for good as he pursues an admittedly remote path to the presidency.

“I am here to tell you now that I am going to get in,” Sanford said in an interview on “Fox News Sunday.” ”This is the beginning of a long walk.”

When asked why he was taking on an incumbent who’s popular within the party, Sanford, who has acknowledged his slim chances by saying he doesn’t expect to become president, said: “I think we need to have a conversation on what it means to be a Republican. I think that as the Republican Party, we have lost our way.”

Sanford tweeted that he respects “the view of many Republican friends who have suggested that I not run, but I simply counter that competition makes us stronger.”

“Humbly I step forward,” he said.

The 59-year-old Sanford has long been an outspoken critic of Trump’s, frequently questioning his motivations and qualifications during the run-up to the 2016 presidential election and calling Trump’s candidacy “a particularly tough pill to swallow.”

Ultimately, though, Sanford said he would support Trump in the 2016 general election, although he had “no stomach for his personal style and his penchant for regularly demeaning others,” continuing a drumbeat that the then-candidate release his tax returns.

As Sanford sought reelection to his post representing South Carolina’s 1st District in 2018, drawing a primary challenger who embraced Trump, the president took interest in the race. State Rep. Katie Arrington repeatedly aired ads featuring Sanford’s on-air critiques of Trump and attached the “Never Trump” moniker to Sanford, a condemnation in a state that Trump carried by double digits in 2016.

Although unlikely to have had a significant impact on the results, Trump endorsed Arrington just hours before the polls closed, tweeting that Sanford “has been very unhelpful to me in my campaign” and that “He is better off in Argentina” — a reference to Sanford’s secret 2009 rendezvous to South America for an extramarital affair while his in-the-dark gubernatorial staff told reporters he was hiking the Appalachian Trail. Asked Sunday if that incident could be a distraction to his campaign, Sanford said that the aftermath had forced him to attain a new “level of empathy.”

“I profoundly apologize for that,” he added, noting that South Carolina voters subsequently forgave him politically and sent him back to Congress.

Days after his first-ever political loss , Sanford described Trumpism as “a cancerous growth,” warning the GOP that the cancer is spreading.

“We have a president that will tell numerous dis-truths in the course of a day, yet that’s not challenged,” Sanford said. “What’s cancerous here is in an open political system, there has to be some measure of objective truth.”

Sanford won three terms for U.S. House in the 1990s, then two four-year terms as governor before the affair marred the end of his second term. He returned to politics a couple of years later and won a special election to his old U.S. House seat in 2013, holding on twice more.

Throughout his political career, Sanford has played up his outsider credentials — both in the U.S. House, where he supported a box to check on federal tax returns to put $3 toward the national debt, and as governor, bringing a pair of squealing pigs to the state House and Senate chamber to protest what he call pork spending.

As the main focus of his presidential bid, Sanford has said he plans to zero in on holding down federal spending, an issue on which he has railed since his initial stint in the House. Known during his Capitol Hill years as a deficit hawk, Sanford expressed a determination to bring debt and fiscal restraint into the national conversation. President Donald Trump gestures to the crowd as he finishes speaking at a campaign rally, Monday, May 20, 2019, in Montoursville, Pa.

“Let’s go out and try to force a conversation about that which is not being talked about in this country,” Sanford said Sunday.

Sanford won’t be able to compete in his home state of South Carolina, which on Saturday — along with Nevada and Kansas — announced it won’t hold presidential nominating balloting in 2020, erecting more hurdles for the long shot candidates challenging Trump.

Sanford’s possible presidential motivations immediately drew skepticism from a primary opponent and some South Carolina political observers who have watched him plot a political comeback before and questioned whether he was merely seeking publicity and relevance.

“This is about Mark Sanford looking to raise his political career from the grave, not him wanting to advance ideas,” said McKissick, the state party chairman.

Last month, Sanford acknowledged his motivations in an interview with The Associated Press .

“It’s not as if I’m saying, you know, I think I can become president,” he said. “But I think you can change the debate, and you might even have an impact on the general election.”

Walsh said he welcomed Sanford’s candidacy but questioned his commitment.

“How the hell can you say ‘I’m going to primary the president of the United States, but I don’t think I can win, it’s not about winning’?” Walsh said in Manchester, New Hampshire. “That makes no sense to me. … Why would you do this unless you really had a good reason?”

But Weld, in a tweet, proclaimed himself “so excited” that Sanford, “an experienced and thoughtful fiscal conservative,” was in the race.