The Energy Department is reversing energy-efficiency standards for lightbulbs that were set to take effect next year.

Critics of the reversal say it will mean higher energy bills and more pollution. 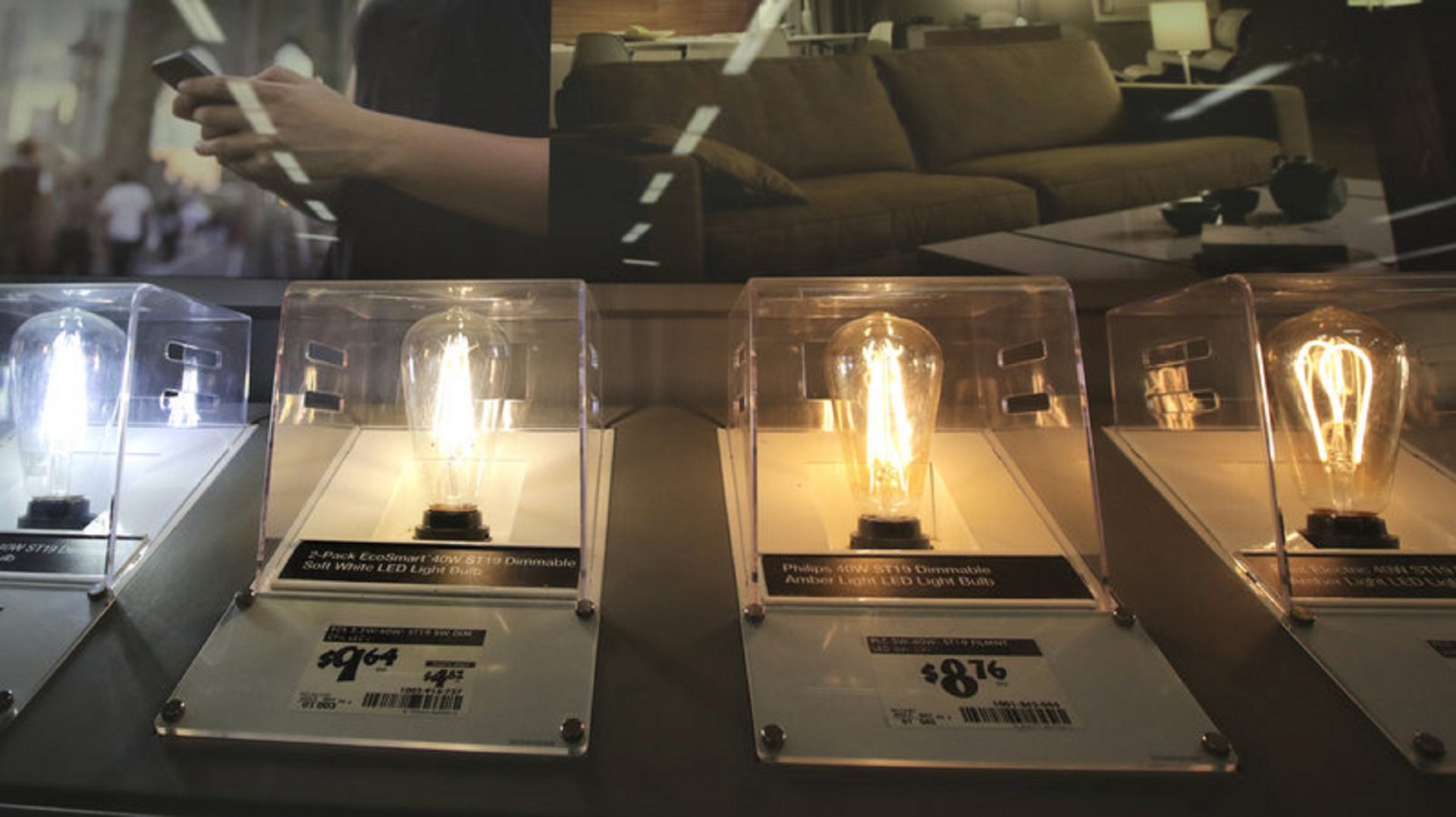 The Energy Department is reversing energy-efficiency standards for lightbulbs that were set to take effect next year.

(Washington) — The Trump administration is rolling back requirements for new, energy-efficient lightbulbs. The Energy Department announced the move on Wednesday, withdrawing standards that were to be put in place to make commonly used bulbs more efficient.

The new standards were included in energy legislation implemented under President George W. Bush and finalized under the Obama administration. They were set to go into effect in January 2020 and gradually phase out incandescent and halogen bulbs used for items such as bathroom vanities, recessed lighting and candle-shape lights, to be replaced with energy-efficient, LED versions, which are illuminated by light-emitting diodes.

In its announcement of the rollback, the Energy Department says the new lightbulb standards were established in 2017 “in a manner that is not consistent with the best reading of the statute.”

Last March, NPR’s Jeff Brady reported, “Thanks to a 2007 law signed by President George W. Bush, shelves these days are largely stocked with LED bulbs that look more like the traditional pear-shape incandescent version but use just one-fifth the energy. A second wave of lightbulb changes was set to happen. But now the Trump administration wants to undo an Obama-era regulation designed to make a wide array of specialty lightbulbs more energy-efficient.”

Critics of the reversal say it will mean higher energy bills and more pollution. “The rollback will eliminate energy-efficient standards for lightbulbs that were slated to take effect in January that would save consumers billions of dollars and reduce millions of tons of climate change carbon dioxide emissions,” says Andrew deLaski, executive director of the Appliance Standards Awareness Project.

According to the Natural Resources Defense Council, the affected bulbs account for 2.7 billion light sockets, which is about half the conventional sockets in use in the U.S. “The rollback will lead to higher energy bills for homes and businesses, plus significantly more pollution harming our health and the environment due to all the extra electricity that will need to be generated,” the NRDC said in a statement.

Some companies that manufacture lightbulbs opposed the expansion to higher standards of energy efficiency.

DeLaski says, “Every time a consumer shifts to an LED, that lightbulb is going to last 10 years or longer. So the lightbulb manufacturers are trying to save technology that keeps the consumer coming back to buy another bulb every year, but still wastes a lot of energy.”

The rollback is likely to face legal challenges from environmental groups, which said they would sue if the standards were reversed.