William Anderson Hatfield (center) sits surrounded by his family on a winter's day. Circa 1890s.

The real story behind the infamous Hatfield-McCoy feud 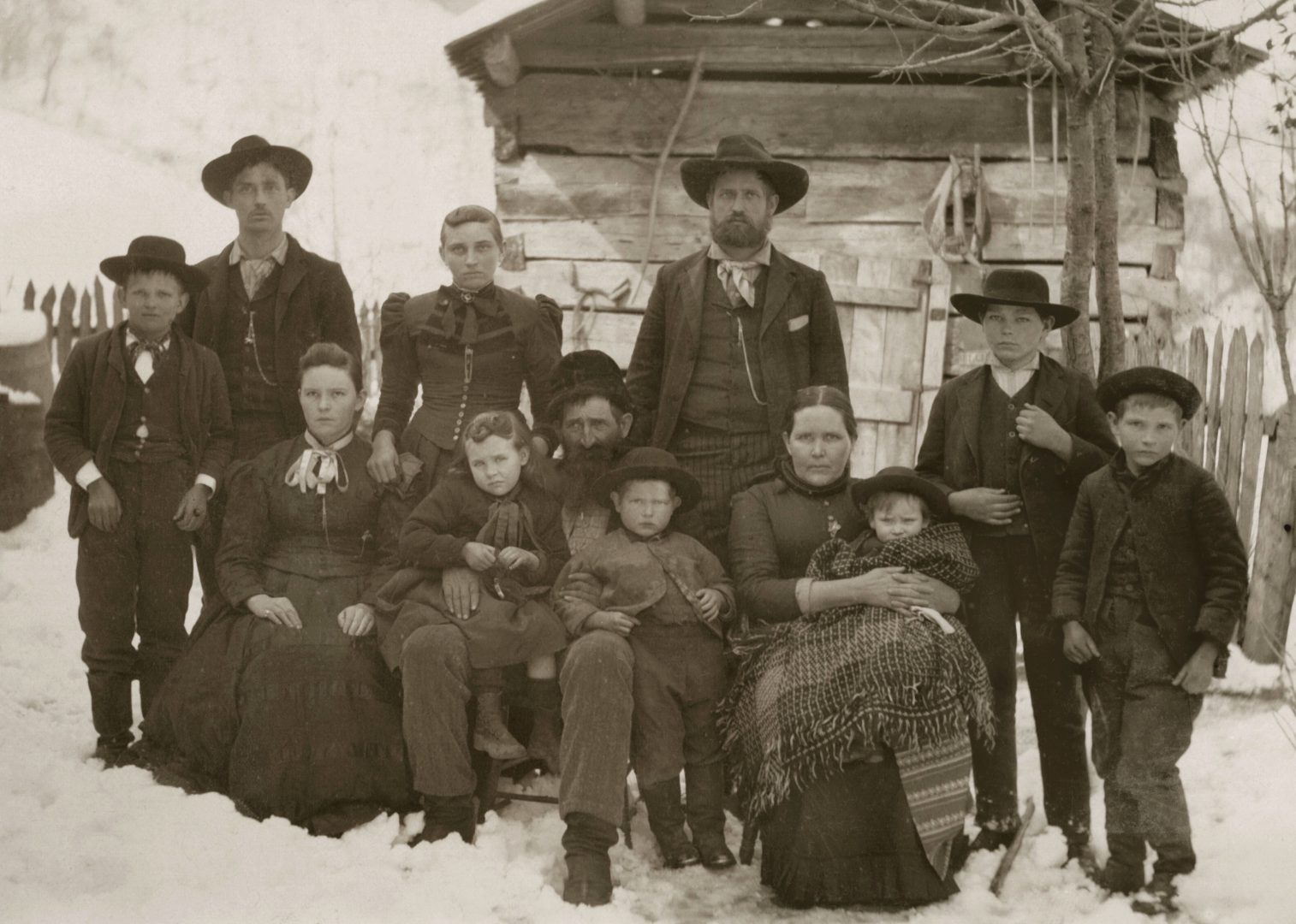 William Anderson Hatfield (center) sits surrounded by his family on a winter's day. Circa 1890s.

The most famous family conflict in American history, the Hatfield-McCoy feud evolved into a mythic American tale of jealousy, rage and revenge – and one which helped create the negative “hillbilly” stereotype that has shaped attitudes towards Appalachia for more than a century. Yet the truth is much more than a tale of two warring families. It is the story of a region and its people forced into sudden change by Eastern capitalists, who transformed Appalachia from an agrarian mountain community into a coal and timber producing workplace owned and run primarily by outside interests.

Deep in the rugged and remote mountains of Central Appalachia, the Tug Fork Valley was the edge of the American frontier in the early 1800s. The Hatfields and the McCoys were among the earliest white settlers in the valley, inhabiting both sides of the Tug Fork, which formed the border between Kentucky and Virginia (later West Virginia). Like most families in the area, the Hatfields and McCoys eked out a living by farming the narrow and steep hollows and foraging for game and wild edibles in the surrounding forests.

After the Norfolk & Western completed its railroad through the Tug Valley, massive timbering operations denuded the hillsides, and company-owned coal camps spread along the creek bottoms where there once had been farms. By that time, Anderson Hatfield had sold his land to a coal agent and moved farther up in the mountains out of the Tug Valley. Like many of his neighbors, he had lost his land to outside capitalists.

The Hatfields, McCoys and other mountain families found ways to adapt to the new economic and social order or moved out of Appalachia altogether. But the legacy of the feud remained. And the “hillbilly” image, popularized by reports of the Hatfield-McCoy feud, continues to permeate American popular culture.

Watch Feud on American Experience September 10 at 9:00pm on WITF.  You can also stream the episode on our website or through the PBS app.

Highlights for the week of September 1