Demonstrators march outside the U.S. Capitol during the Poor People's Campaign rally at the National Mall in Washington on Saturday, June 23, 2018. 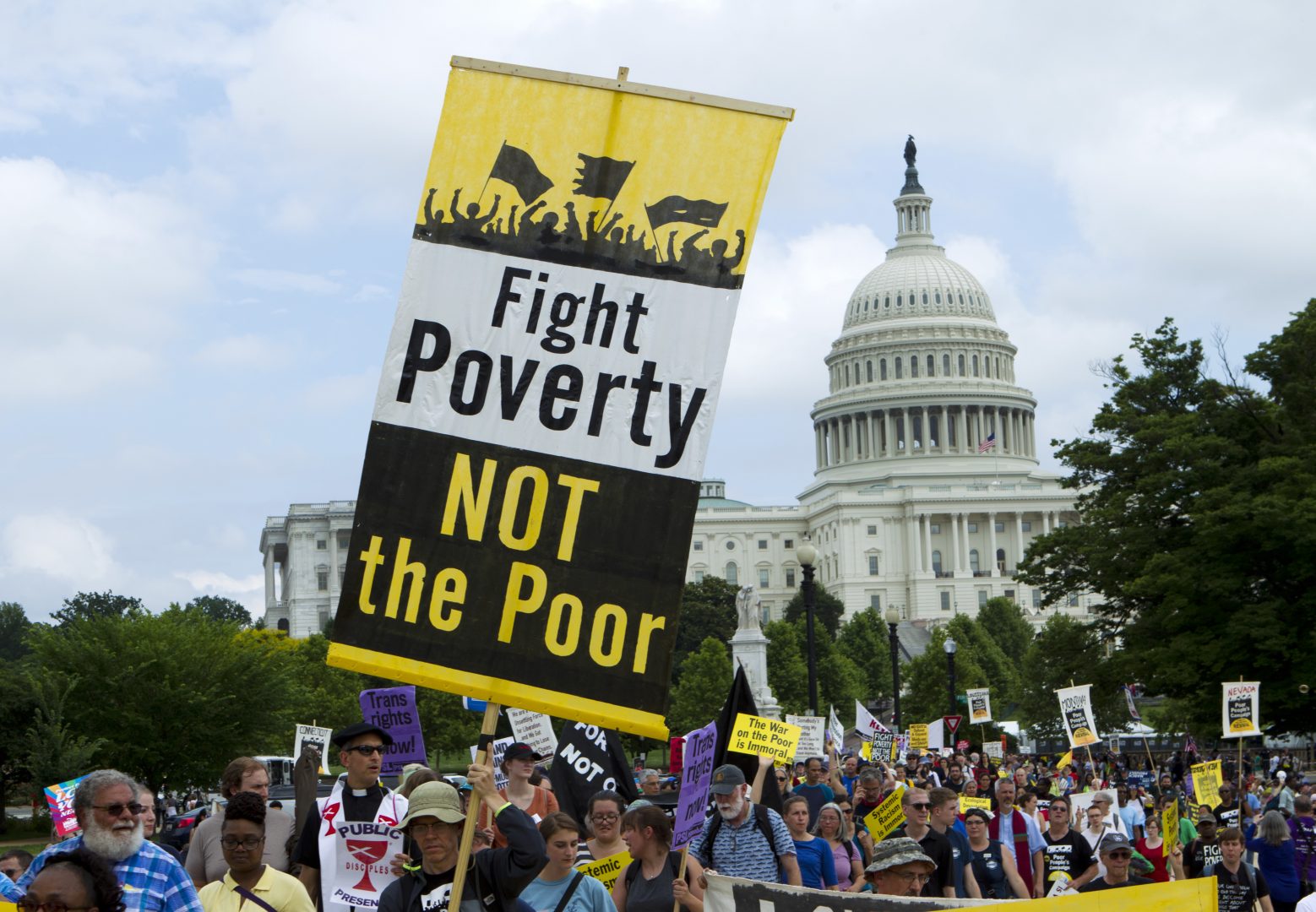 Demonstrators march outside the U.S. Capitol during the Poor People's Campaign rally at the National Mall in Washington on Saturday, June 23, 2018.

The Pennsylvania Poor People’s Campaign will stop in Philadelphia this week to host a hearing organizers hope will put poverty on the political map.

The two-hour event in Mt. Airy will center on testimony from residents who have personally struggled with poverty. The hearing will also address the closures — and mass layoffs — at Hahnemann University Hospital in Center City and the Philadelphia Energy Solutions refinery in South Philadelphia.

While final numbers are not out yet, the city is expected to lose 2,500 union jobs.

“[Elected officials] need to put their actions behind the words that they say and really take the direction of standing up for the poor and dispossessed people,” said Nijmie Dzurinko, who co-chairs the campaign.

In late June, an early morning explosion rocked the PES refinery complex on West Passyunk Avenue, not far from the Schuylkill Expressway.

Less than a week after the fiery blast, PES leadership announced the complex — the largest on the East Coast — would close, costing workers their jobs.

Organizers argue the closures can be traced back to one thing: greed and capitalism.

“We are putting before the elected officials, the choice to stand up for people’s lives over the profit of the individuals behind these actions,” said Dzurinko.

The Pennsylvania Poor People’s Campaign launched in May to address what they call the “four evils”: systemic racism, poverty, the war economy and environmental degradation.

It’s seen as an extension of the original campaign started by Martin Luther King in 1968 just days before he was assassinated.

They have been trying to get their agenda in front of politicians around Pennsylvania.