Things are never easy in Pennsylvania when it comes to alcohol rules. 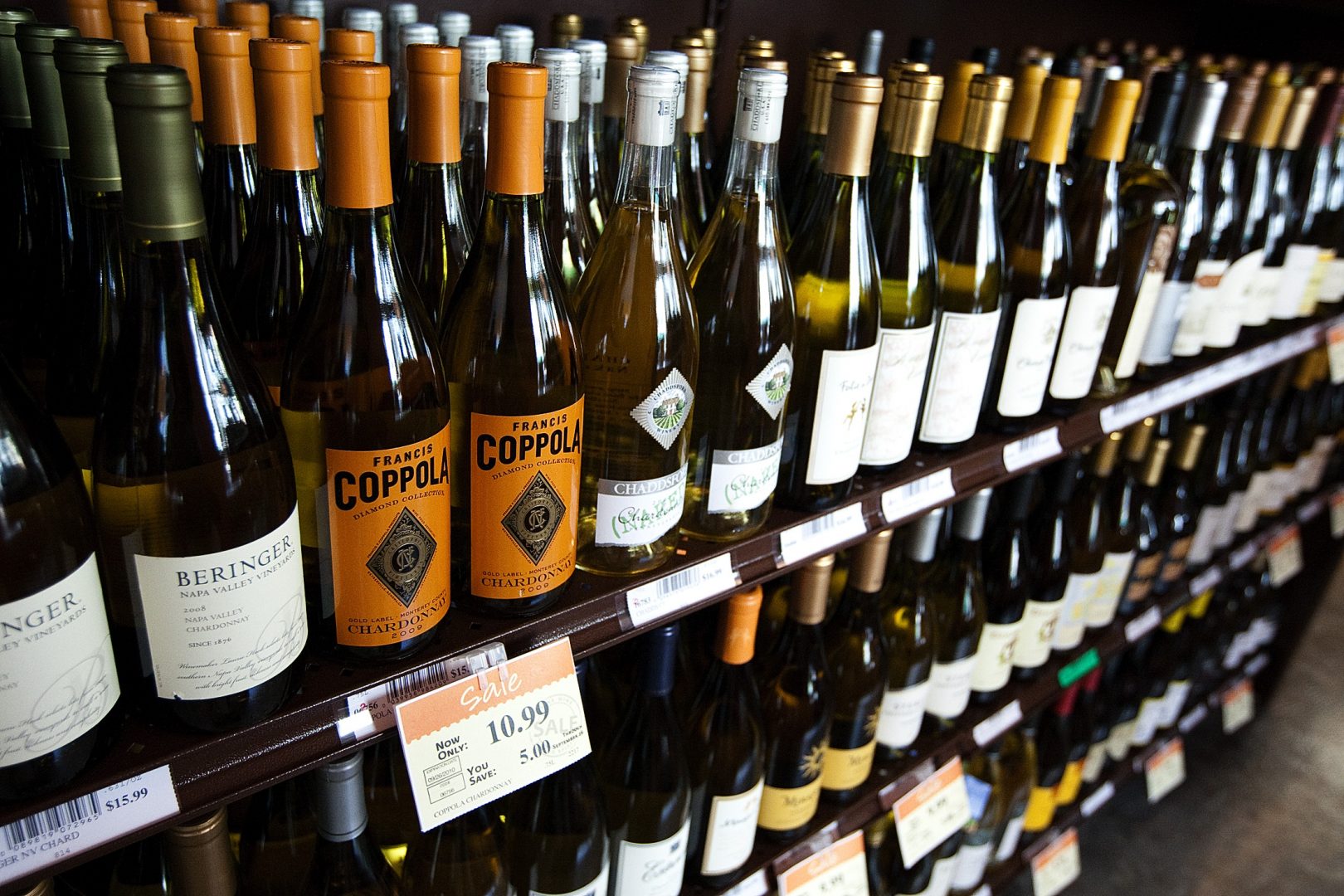 Pennsylvania lawmakers are starting to ask one of the state’s thorniest policy questions again: How much convenience is enough convenience when it comes to sales of beer and wine?

Members of the state House’s Liquor Control Committee started to take the pulse Tuesday on a variety of new reforms proposals including:

The bill would still bar alcohol sales at self-checkout lanes.

The changes are proposed by state Rep. Matt Dowling, R-Somerset County, in House Bill 1644, and they come just three years after the implementation of Act 39, which permanently wedged open the door to sales of wine and beer in Pennsylvania supermarkets and convenience stores.

Dowling sees his ideas as a logical next step toward customer convenience.

Dowling said more businesses should be tempted to enter the market in all parts of the state if the build-out requirements for the restaurant licenses are less intense, and shoppers could be spared the periodic bottlenecks that occur through the separate check-out system.

“Allowing additional retailers to enter the market gives choice to the consumer,” he said. 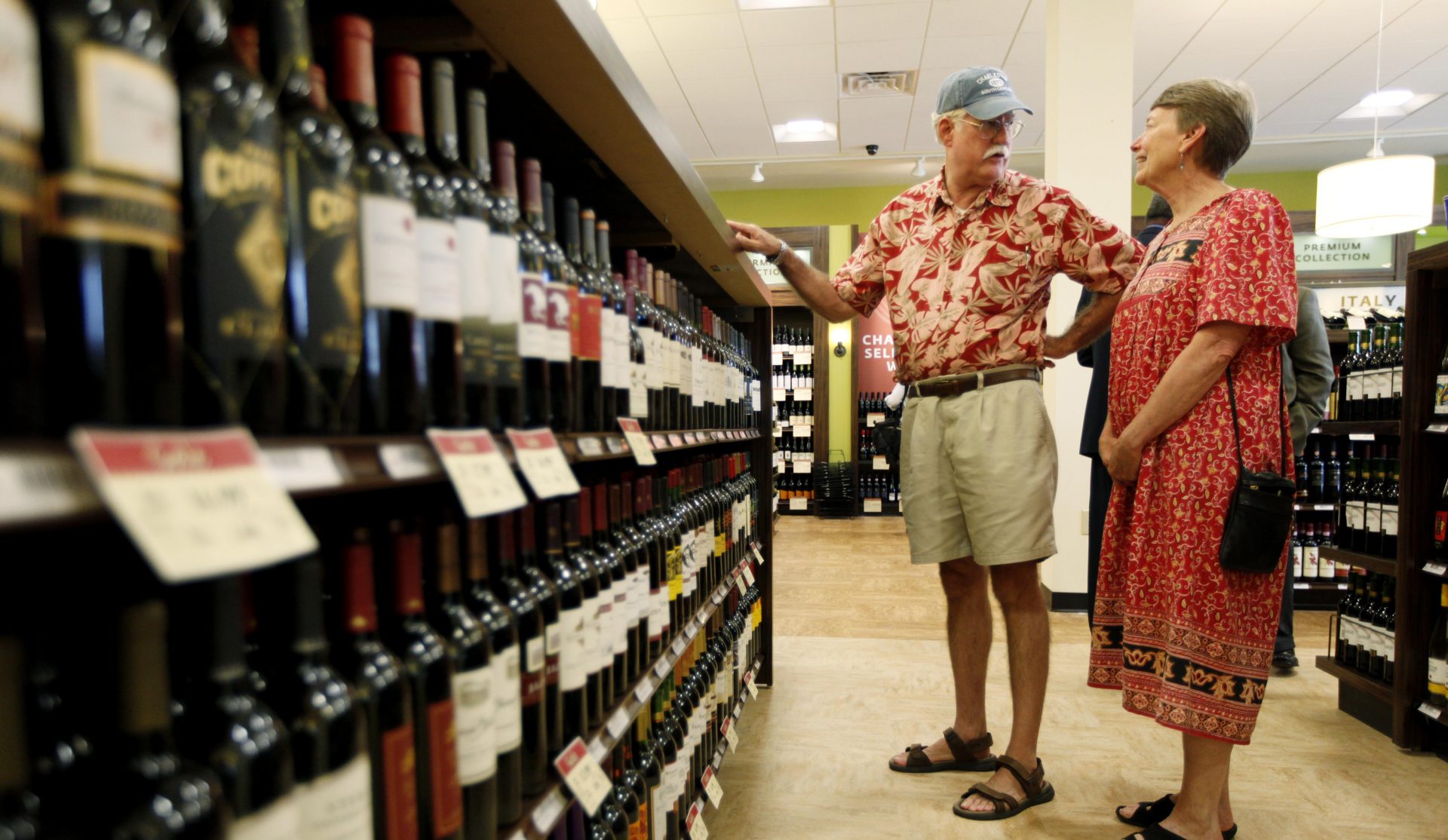 In this Thursday, July 22, 2010 file photo, Hugh and Karen Hoffman of Wycombe, Pa. shop at a state wine and liquor store in New Hope, Pa.

But as past history shows, things are never that easy in Pennsylvania when it comes to alcohol rules.

The proposed changes ran into stiff opposition Tuesday from leaders of the union that represents clerks in Pennsylvania’s state-owned liquor stores, as well as the trade association representing traditional beer distributors.

Both groups predicted the looser rules would open the door to easier access by teens and alcoholics, undermining efforts to combat drunken driving and other substance abuse issues.

As he has argued in earlier rounds of the liquor reform debate, Wendell Young IV of the United Food and Commercial Workers Union argued private retailers don’t bring the same sense of duty to adherence to age-of-purchase and other requirements.

The UFCW represents about 3,500 clerks in the state-run liquor store system.

That was quickly seconded by Arun Patel, operator of a beer distributorship in State College and a vice president of the state’s Malt Beverage Distributors Association, who noted that he and his counterparts across the state work especially hard to find fake IDs and stop illicit purchases because of the liability that could flow from one mistake.

It’s not so much that larger corporations want to make sales to minors, Patel said, as it is that one mistake by a Mom-and-Pop shop could be business-ending.

“The idea that you would let retailers, like Walmart, put product all throughout the store and allow it to be rung up at any register or even designated registers, is ridiculous,” Young said.

Young also argued the changes would undermine the state store system that currently earns the state a reliable $700 million a year, while Patel predicted permitting higher-volume sales at groceries and convenience stores would be “a nail in the coffin” for the traditional beer distributors.

In fiscal 2017-18, the Pennsylvania Liquor Control Board transferred $712 million to the state Treasury, including store profits and taxes.

Both groups argued the proposed changes are too much too soon in a state where the 2016 reforms have not even been rolled out yet to full effect, and will be equally unfair to the 1,051 merchants who made the changes to enter the liquor market under the current rules.

The opponents seemed particularly bothered by what they saw as an open invitation to Walmart and other big-box retailers.

“The ones that actually have had the challenge are the ones that have already done it. The 900 approximately licensees who have bought ‘R’ [restaurant] licenses and are properly implementing this currently,” Young said.

“There’s no reason to grant Walmart the excuse to do it wrong just so they can save a buck.”

An officer with the Pennsylvania Restaurant and Lodging Association, meanwhile, had a split view of the legislation.

Mick Owens, owner of a small chain of restaurants in Lancaster County and co-chair of the PRLA’s Alcohol Service Committee, said his group supports lifting the volume restrictions on single purchases. But Owens said other changes – such as in-aisle displays and expanded check-outs – should come at a much higher fee than the $25,000 annual permit in Dowling’s current bill.

House Liquor Control Committee Chairman Jeff Pyle, R-Armstrong County, pushed back on the opposition, noting that a Walmart in Uniontown that is preparing to start to sell beer and wine has contained its stock in a self-contained area that was formerly occupied by an in-store McDonald’s.

Young, however, argued that’s likely because of the current rules in Pennsylvania.

Dowling said he’s open to amendments as the discussion continues, but hopes to have have his bill ready for a committee vote before the end of the year, setting the stage for a floor vote in the state House early next year.

A spokesman for Gov. Tom Wolf, who would be required to sign off on any legislative changes, said the administration has not yet reviewed the bill.

Report: Pennsylvanians say they're fed up with secrecy and manipulation surrounding redistricting -- and they can fix it.