Christa Hayburn, a former PPD officer, at her home in Philadelphia.

Nine female officers have sued the Philadelphia Police Department over sexual harassment or discrimination since the start of 2018 — that’s roughly one lawsuit every other month, court records show.

The records illustrate a problem thrust into public view Tuesday, when Police Commissioner Richard Ross abruptly resigned amid allegations he had ignored sexual harassment complaints filed by a corporal who claimed they’d had an affair.

Mayor Jim Kenney blamed Ross’s administration for not taking “the necessary actions to address the underlying cultural issues that too often negatively impact women” as part of reforms he ordered last year. But for many women on the force, the behavior alleged in the lawsuit that led to Ross’s downfall, the culture of sexual harassment, gender-based discrimination, and retaliation for reporting misconduct by male officers and supervisors, has gone unpunished for far, far longer.

While the lawsuit involving Ross remains ongoing, settlements for similar litigation have cost taxpayers millions over the last decade. A WHYY analysis of court filings and complaints filed with the Equal Employment Opportunity Commission found that, since 2007, the city has settled at least three dozen federal lawsuits with female police who allegedly suffered some form of sexual, racial or gender-based misconduct on the job.

Between 2007 and 2019, that amounted to more than $2.3 million in taxpayer-funded payouts — about a quarter of all the employment-related settlements, according to city records.

Although female officers account for just 27% of the city’s police force, more than half of all legal settlements paid by the department during this time went to female plaintiffs. Three-quarters of those cases alleged sexual harrassment or racial discrimination similar to that described in the suit against Ross.

Civil rights attorneys suggest court records provide only a glimpse of what goes on. Stanley B. Cheikin, an employment lawyer who has handled multiple sexual harassment claims filed by city police, said many are reluctant to report on their fellow officers, let alone come forward as a witness to harassment.

“Police work is a field that makes it a little more likely that women will be subject to harassment and that it will not be dealt with,” he said. “Police officers will say there’s the code of silence, and that officers that report are considered rats.”

In the lawsuit that led to Ross’s resignation, Officer Jennifer Allen and Cpl. Audra McCowan accuse the former top cop of ignoring their pleas for help.

They allege that fellow officers and supervisors made lewd jokes and unwanted sexual advances and touched them without consent. In one case, officers allegedly harassed Allen for pumping breast milk while at work — only to be dismissed by a supervisor, who later himself made a joke to her about “wanting chocolate milk.” Allen is black and Hispanic, according to the lawsuit.

At every point they raised, Allen and McCowan say, they were reassigned to undesirable posts. Within days of filing their suit, the officers sought an injunctionto protect them from further demotions or reassignments while the case unfolds.

The pattern of reporting and retaliation is familiar to Hayburn, the former officer. In 2008, she came forward with allegations of rape at the hands of her then-supervisor. She alleges the rape occurred at a party two years prior. It took her that long to work up the courage to file a complaint, and after she did, the Philadelphia woman was retaliated against again and again, she said. In 2011, she was fired from the force. She filed a lawsuit against the department and the city, but ultimately dropped it because she didn’t want to be retraumatized. 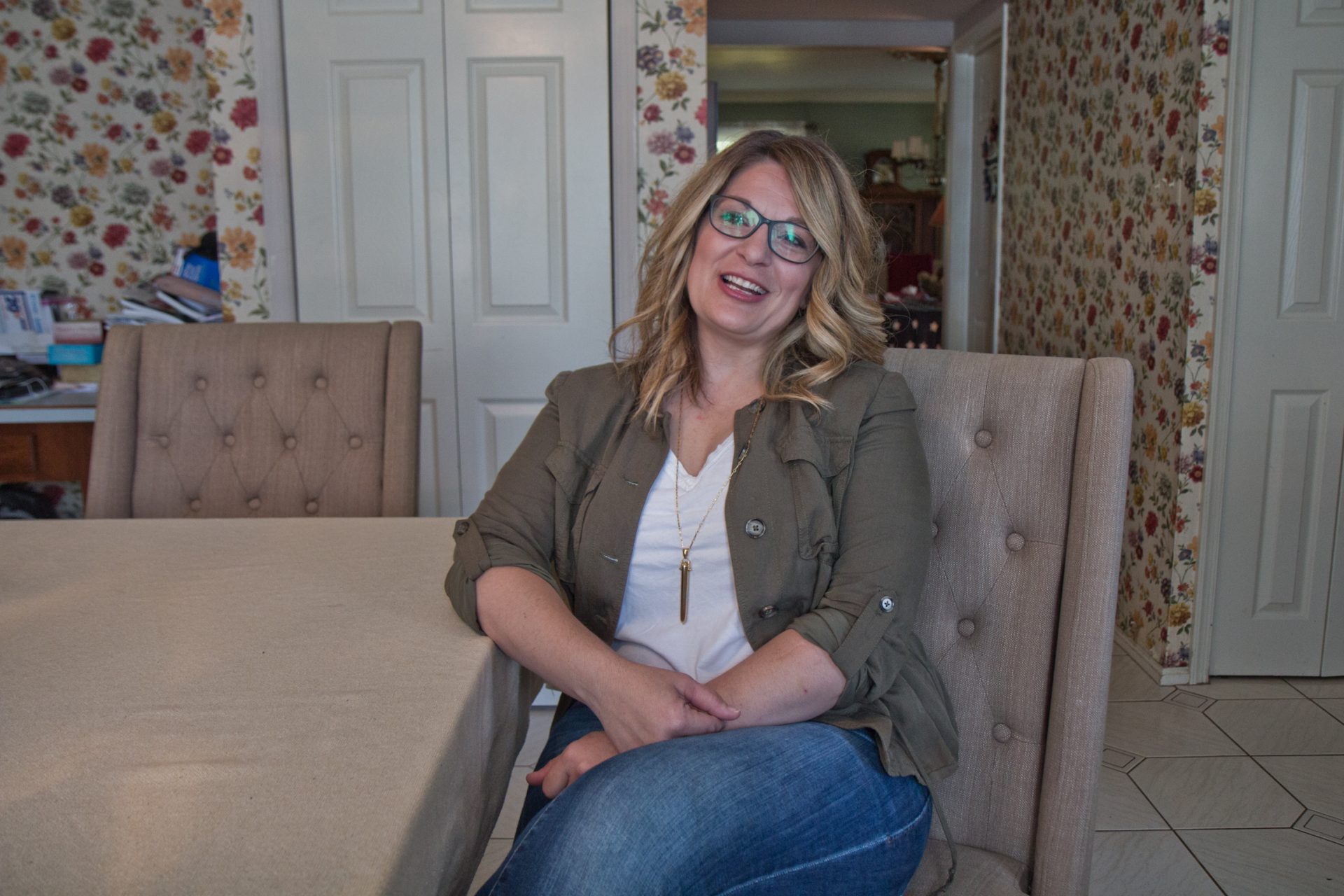 Christa Hayburn, a former PPD officer, at her home in Philadelphia.

“I just couldn’t do it. I didn’t want to have that same feeling, it was horrible.” Hayburn said.

Unlike Ross, most police brass implicated in civil rights cases remain on the force, regardless of the outcome of the case. In the majority of cases analyzed by WHYY, the female plaintiffs, too, are still patrolling the streets.

The city only recently overhauled the way it tracks these claims, amid a flurry of policy changes around sexual misconduct in the #MeToo era.

“We take all allegations very seriously, whether or not they are heard in court,” said Lauren Cox, a spokeswoman for the city. “We want to get to the bottom of any problems that anyone who works for the city may have.”

The most costly sexual misconduct payout for the city involved Chief Inspector Carl Holmes. Holmes is the same commander Hayburn accused of rape. He remains on the force today.

In 2014, Michele Vandergrift, a 13-year veteran detective on the force at the time, claimed that Holmes regularly verbally harassed her and sexually assaulted her in 2007. Holmes penetrated her with his hand and then licked his fingers, according to legal filings. Vandergrift alleged she was later transferred to an undesirable unit as a form of retaliation. She was later denied multiple requests for reassignment, even while she was pregnant. She settled with the city in 2017 for more than $1 million — the largest employee payout in city history — and resigned from the department.

In some cases, female officers claim the retaliation does not end with legal action. A new case filed in June by Detective Lisa Salvato seeks at least $100,000 in damages. Silvato alleges she was retaliated against after settling a previous sexual harassment lawsuit against the city.

The Philadelphia woman filed and settled her first complaint in 2014. In that case, Salvato alleges rampant sexual harassment in her unit, beginning in 2013. She was called demeaning names, including “spankasauras” and “gabbygail,” the lawsuit alleges.

As a condition of the 2014 settlement, Salvato was relocated to the Major Crimes Unit, where she was told immediately by her new coworkers that they knew about her litigation. “I know who you are and how you got here,” the captain in her new unit allegedly told Salvato.

The captain then denied her request for a promotion, ordered her to put colleagues’ name on her work so that they got credit for it, and moved her desk to an isolated location, the current lawsuit claims.

Salvato alleges an environment of “grossly sexist culture” is bred and protected at all levels of the department. Her pending lawsuit states that “male employees of all ranks in the Philadelphia police department on a weekly basis barrage female officers with demeaning sexist comments and conduct.” The department’s culture and policies serve harassers by covering up their abuse and protecting their jobs, her case argues.

Other civil rights cases lodged in U.S. District Court in Philadelphia allege myriad offenses. In one handled by attorney Cheikin, a police acadamy cadet had her graduation delayed after she reported a date rape orchestrated by a fellow cadet. Multiple suits recount instances in which male supervisors demanded that their female subordinates break up with their romantic partners or face retribution.

Numerous suits identify the prestigious Narcotics Strike Force as one of the “most sexually hostile” units in the department. In court filings, one female officer alleges the strike force supervisors allow the viewing of pornography in the office. An ongoing lawsuit filed in 2017 also alleges intentional racism in the unit’s policing tactics — and retaliation for officers who don’t follow orders.

The number of federal complaints grows when you include male police officers who endured or pushed back against sexual misconduct at the department. Sgt. John Massi said he faced retaliation after reporting the behavior of his supervisor, Inspector Anthony Washington, in the office — including massaging his penis and making lewd noises in front of both men and women. The city settled Massi’s case for $8,000 in 2014.

Washington has been named in four internal complaints since 2006, according to the Philadelphia Inquirer. But rather than discipline him, the department promoted him to a prestigious supervisory role in which he oversees several units, including Special Victims. Ross defended Washington to reporters earlier this year and touted his “extraordinary leadership skills.” 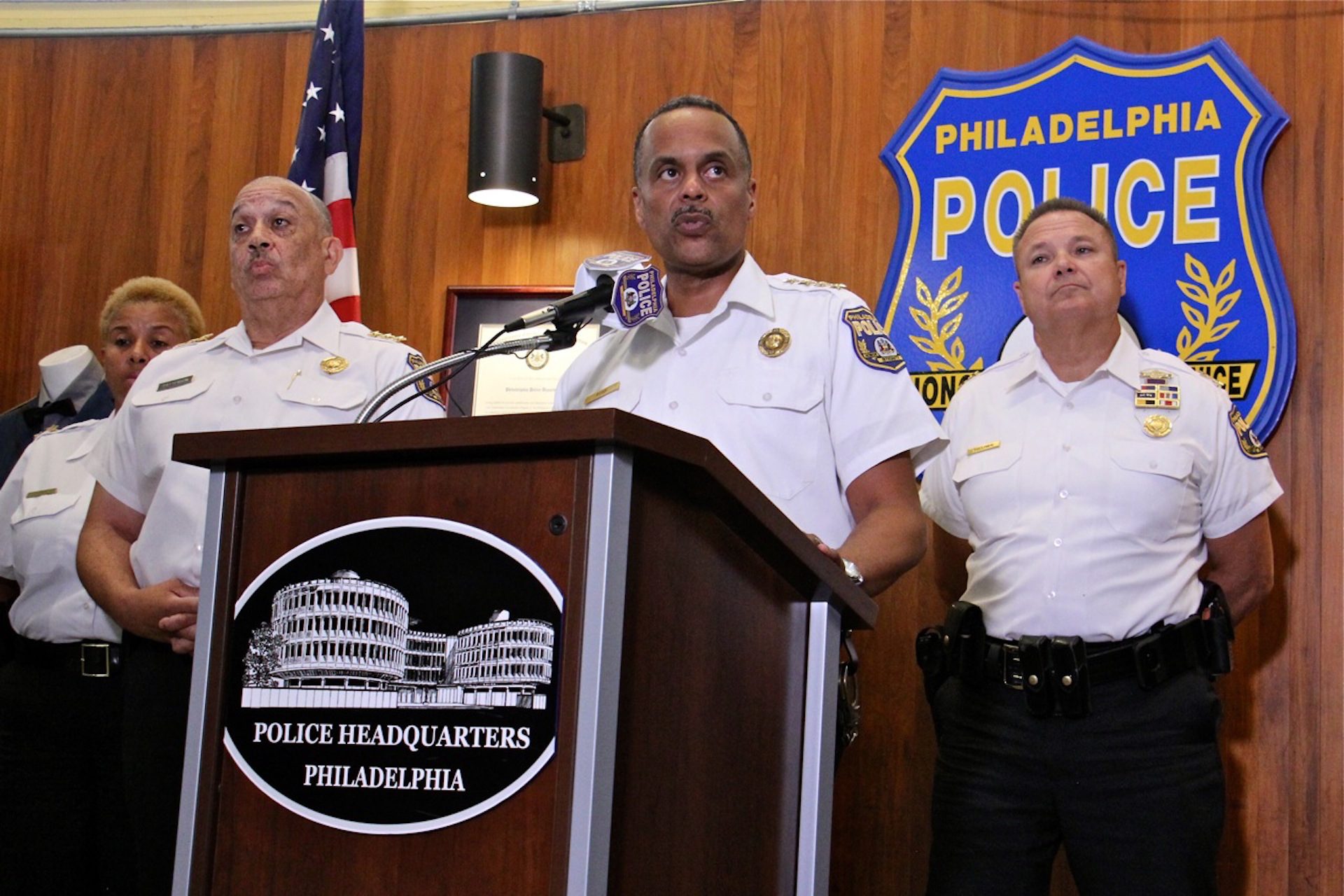 Ross stepped down, while other commanders remain on force

Ross’s resignation — which stunned observers both in and outside of the Roundhouse — remains an exceptional case. Most officers sued for civil rights abuses are able to remain on the force, especially in cases in which the city settled out of court with no liability.

Employment lawyer Cheikin said that the millions the city spends to resolve these cases reduces pressure to reform department culture. It was not uncommon for officers to be largely unaware they were even being sued, as the city’s Law Department took over cases with a goal of minimizing liability as quickly as possible, he said. Police brass have echoed this claim in the past.

“When the city writes a check, does that mean someone is being held accountable? Or are you just writing a check?” he asked.

National research supports the notion that harassment is normalized in police departments. Multiple studies have found that while the vast majority of female law-enforcement officers experience behavior defined by agency policy as sexual harassment, far fewer report feeling as if they are the victims of harassment.

The city announced an overhaul to its sexual harassment protocol in 2018, after an audit from City Controller Rebecca Rhynhart found that the city’s process to “receive, investigate and resolve complaints was too decentralized to effectively protect and support employees.”

Kenney responded to the audit in July 2018 with an executive order expanding the definitions of the categories of conduct prohibited, requiring that all employees and supervisors receive training, and improving how investigations are conducted. The executive order includes a requirement for annual reviews. The city hasn’t yet made public the first of these scheduled accountability checks.

In their lawsuit, Allen and McCowan allege they witnessed supervisors forging the signatures of officers on sign-in sheets at the required harassment training sessions.

Yet with the possibility that Ross may have blocked an investigation into sexual harassment or participated in his own inappropriate relationship with a subordinate, it is unclear whether these policies could ever have been implemented during his tenure. The question also lingers as to whether Ross would have resigned if the alleged affair not surfaced in public court records on Monday.

Ian Brycer, an attorney for Allen and McGowan, said he did not expect the ex-police commissioner to step down as a result of his clients’ suit.

“If that’s what it takes to shed light on this issue, then we see it as a win for working people,” Bryson said Wednesday.