Pa. libraries are getting more state money this year. But it’s still less than what they received 10 years ago

There are some coloring pages, crayons and craft supplies kids can use while they wait for parents to finish their paperwork.

A washer and dryer machine sits behind a clerk’s desk. Library workers use the machine to clean stuffed animals, linens from room rentals, and a variety of other things that get dirty on any given day.

But the unassuming room is really important to this Lancaster County library, which houses between 80,000 and 90,000 items on its shelves on any given day and is visited more than 263,000 times a year.

“This is how we keep our doors open,” Penny Talbert, executive director of the Ephrata Public Library, said outside the office. “The income from this is what keeps us going here.” 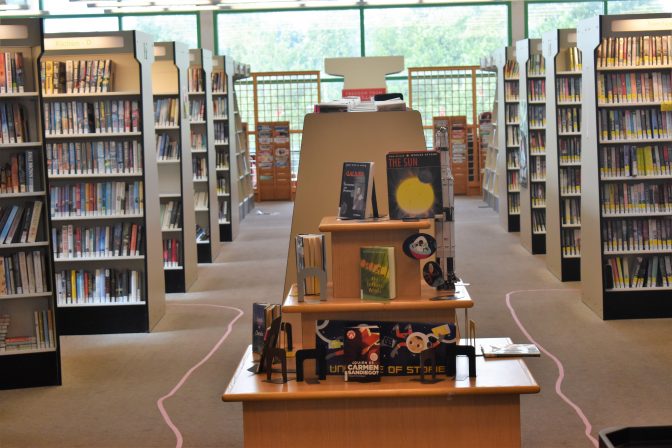 Libraries, like the one in Ephrata, have struggled for years with state funding cuts. In 2009 during the recession, then-Democratic Gov. Ed Rendell initially proposed cutting $1.75 million from the state’s nearly $76 million general subsidy for library funding.

In his annual state budget address that year, Rendell said his intention was “to restore funding as soon as our economy recovers and state revenues improve.”

But Rendell and the legislature ended up approving an even bigger cut —  more than $15 million, or 20 percent of the state’s general library subsidy. The next year, lawmakers cut library funding again.

Funding for libraries stayed mostly flat for several years, until Democratic Gov. Tom Wolf and the GOP-controlled legislature approved an increase in this year’s state budget. Even with that increase, the state provides less money to libraries than it did 10 years ago.

To cope with state funding cuts over the years, libraries cut hours and staff. Many held off on facility repairs and buying new items, according to Christi Buker, executive director of the Pennsylvania Library Association.

“That was where we could cut the most,” said Jane Hershberger, president of the board for the Ephrata Public Library. “And it is really, really unfortunate, because it’s shutting down services for our community, but it’s also taking work hours away from our employees.”

Service reductions were also implemented. In 2014, the Ephrata library reduced the number of days it was open, going from seven days to closing on Fridays and Sundays.

Ephrata, in some ways, is fortunate, and that’s related to providing services beyond books. 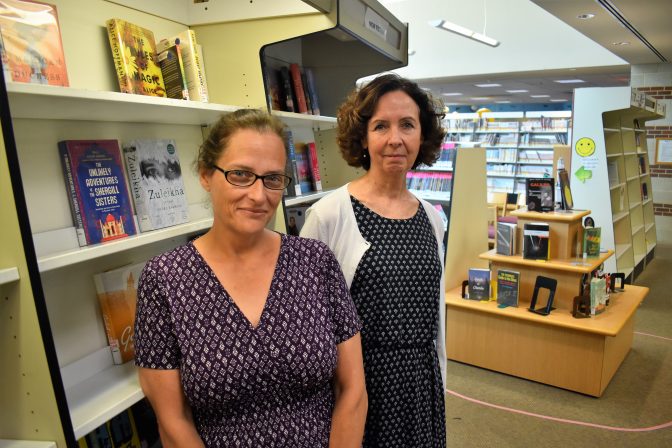 Penny Talbert, executive director of the Ephrata Public Library, left, and Jane Hershberger, president of the library’s board, are seen in the library on July 31, 2019.

About 15 years ago, the library started offering passport services behind its circulation desk. The demand grew. The library added a post office, document notarization and electronic fingerprinting. The additional revenue was so valuable that the passport office, unlike the main library, is open seven days a week.

Not every library has the option of hosting government services. And Talbert said funding is still a constant worry.

“It becomes very frustrating,” Talbert said. “And it makes you — it takes away your ability to have long-term vision.”

In February, the Pennsylvania Library Association urged lawmakers to increase state funding by $11.28 million this year and by another $9.57 million next year. Those increases sound big, but would only restore funding to about where it was in 2009.

“Investing in libraries is investing in education, workforce development, literacy, life-long learning, and our communities!” Buker, executive director of the association, wrote in an advocacy message.

Despite the association’s recommendation, legislators only approved a $5 million increase in June, a boost Bucker still said amounted to “a significant step.”

State Rep. Stan Saylor, a York County Republican and chairman of the House Appropriations Committee, said library leaders need to be patient. He hopes lawmakers can restore library funding to 2009 levels in the 2022-23 budget.

“I do believe we can get back there. But I think it’s a gradual thing,” Saylor said. “…It’s no good when you — let’s say, we were to put the library funding back to $75 million. And then next year, because there’s a bad economy, you cut it back again.”

Saylor said more lawmakers are realizing how important libraries are for providing people with broadband internet. Plus, he said they are important community centers.

That is on display at Ephrata, a single-story library with big windows and lots of natural light. The library offers educational programs for children and adults, as well as family movie nights.

On a recent weekday,  Laura Brandt, information technologies and young adult programs manager, worked with a group of students to create stop motion videos with iPads.

Some students used post-it notes to slowly create letters. Another used Legos to build a scene of a boat getting smashed. Another edited and added music. 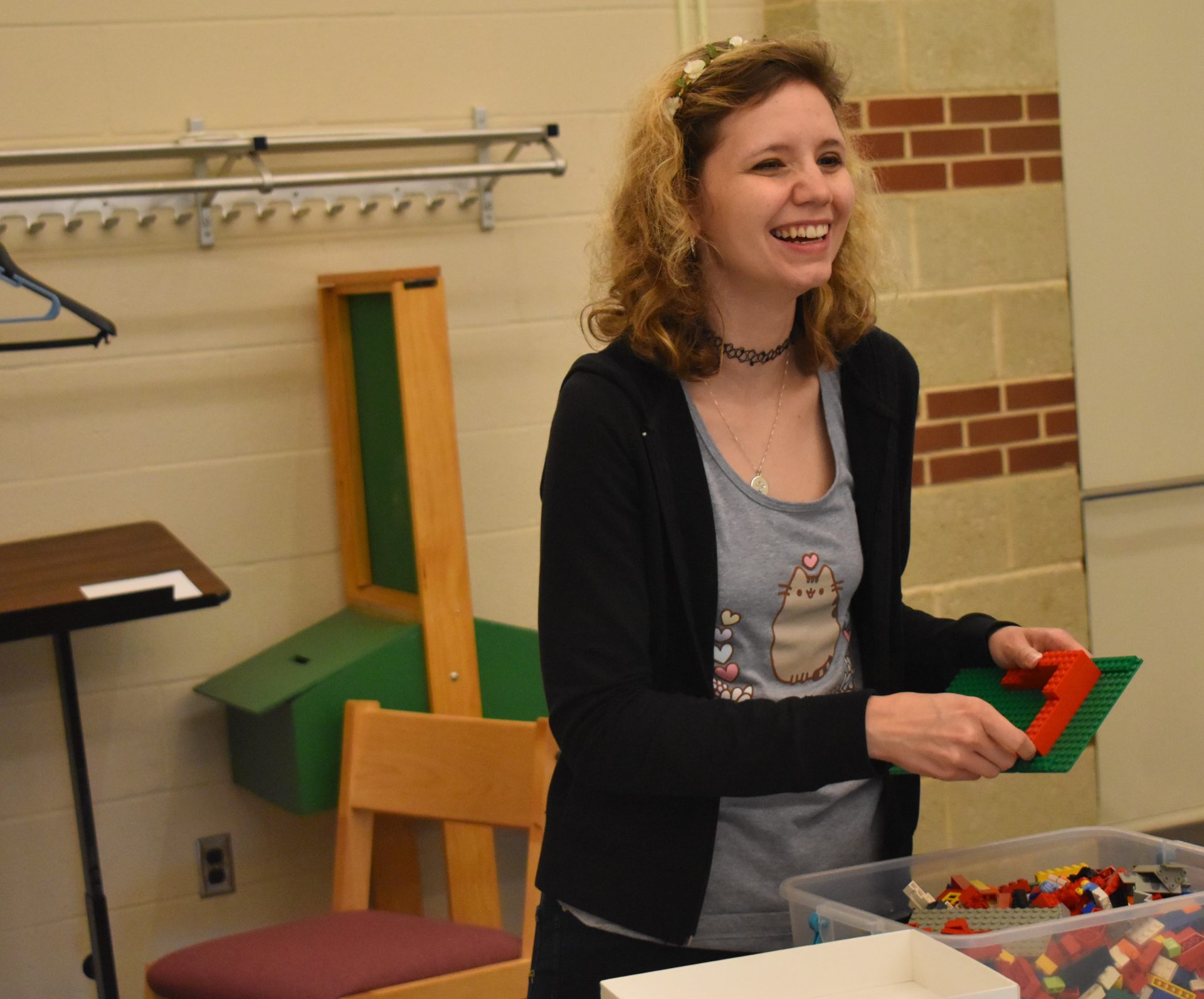 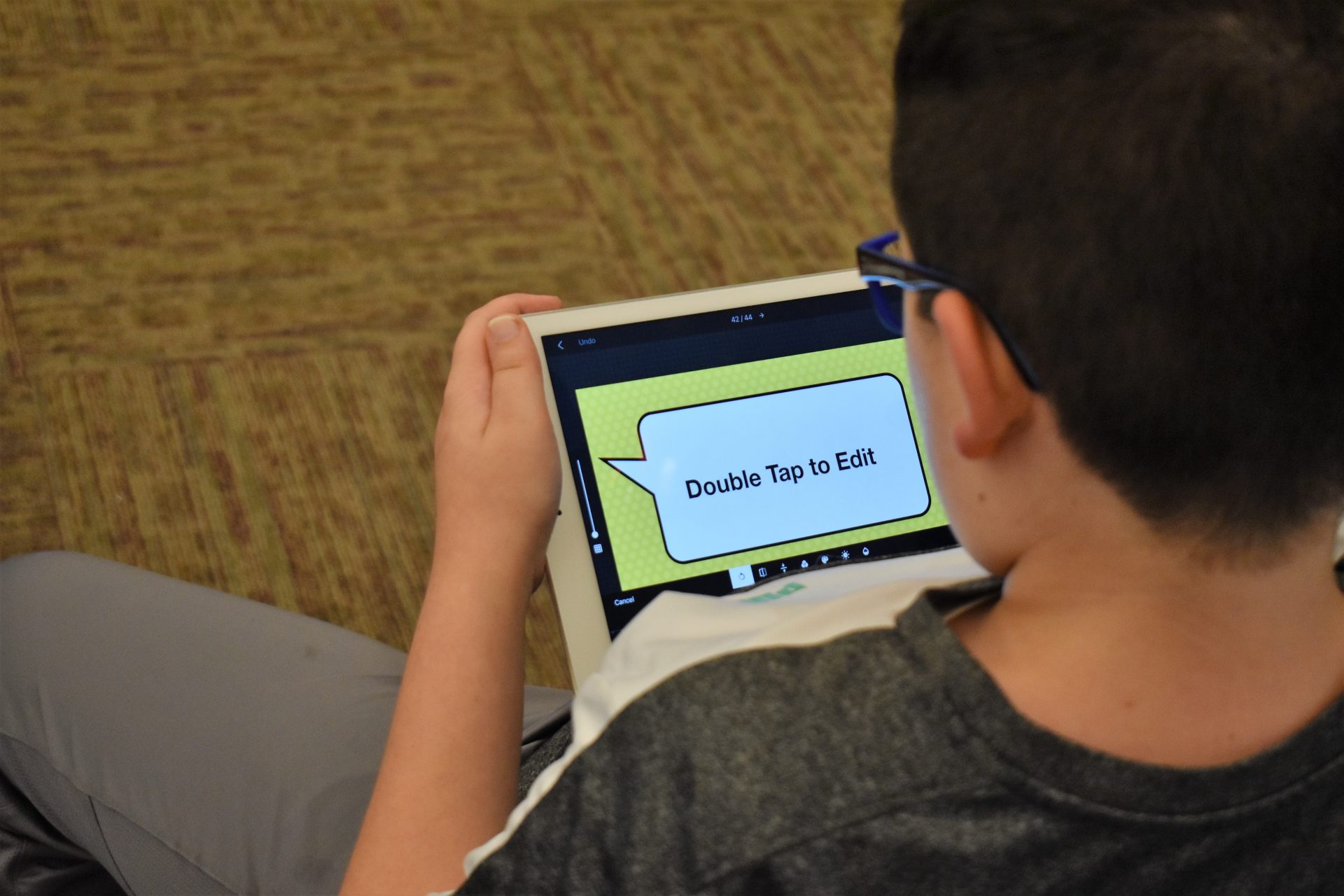 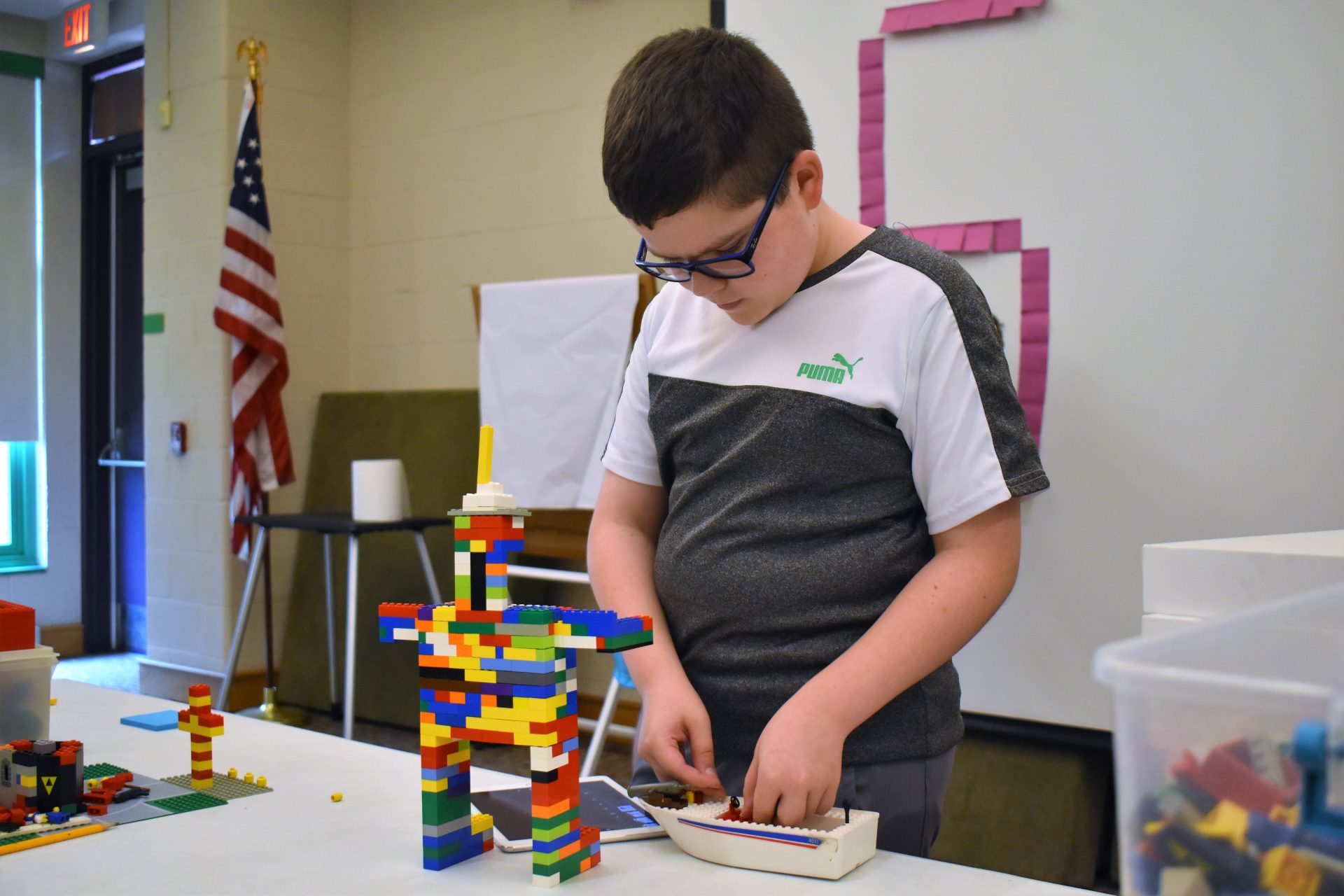 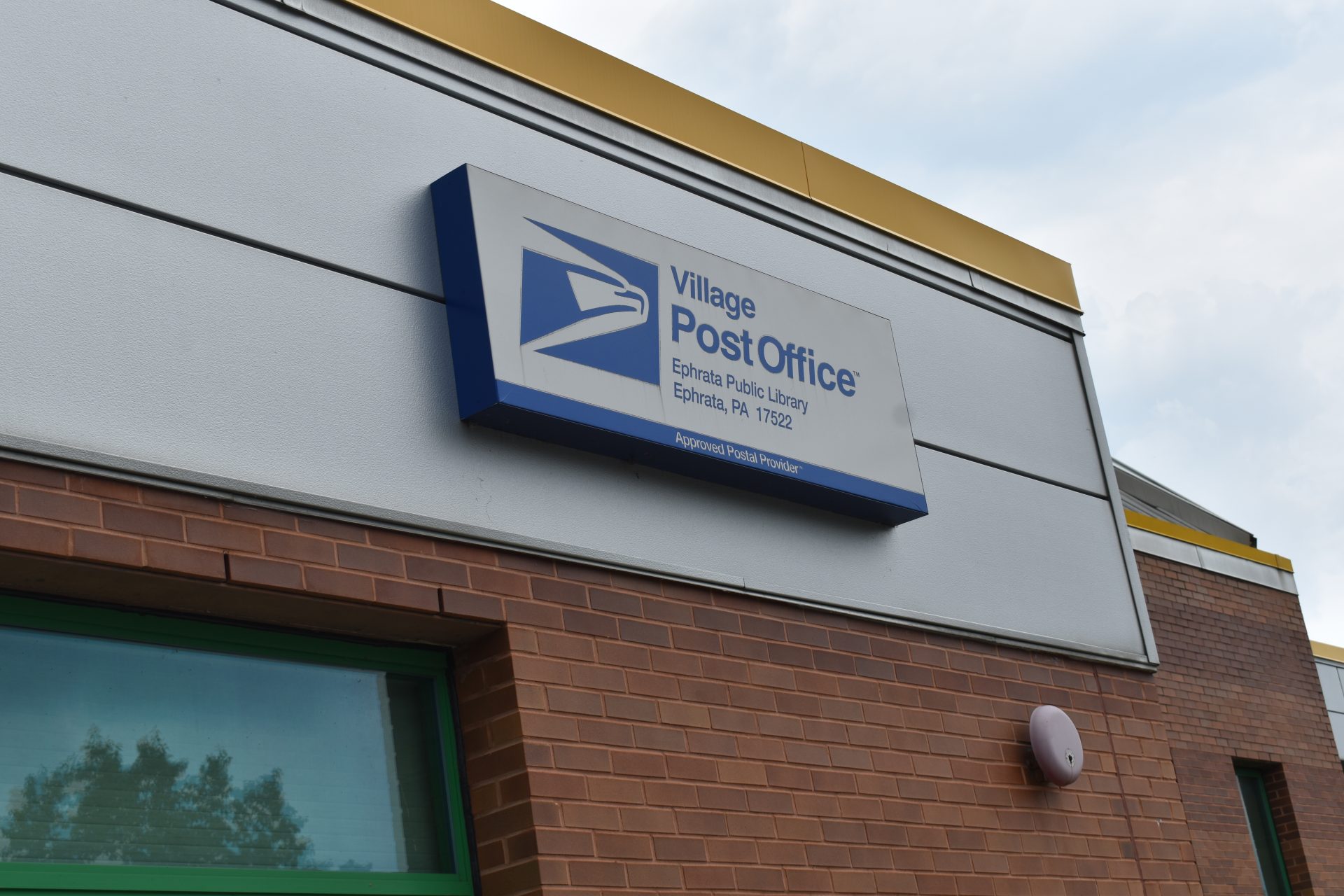 The Ephrata Public Library, which hosts a post office, is seen on July 31, 2019. 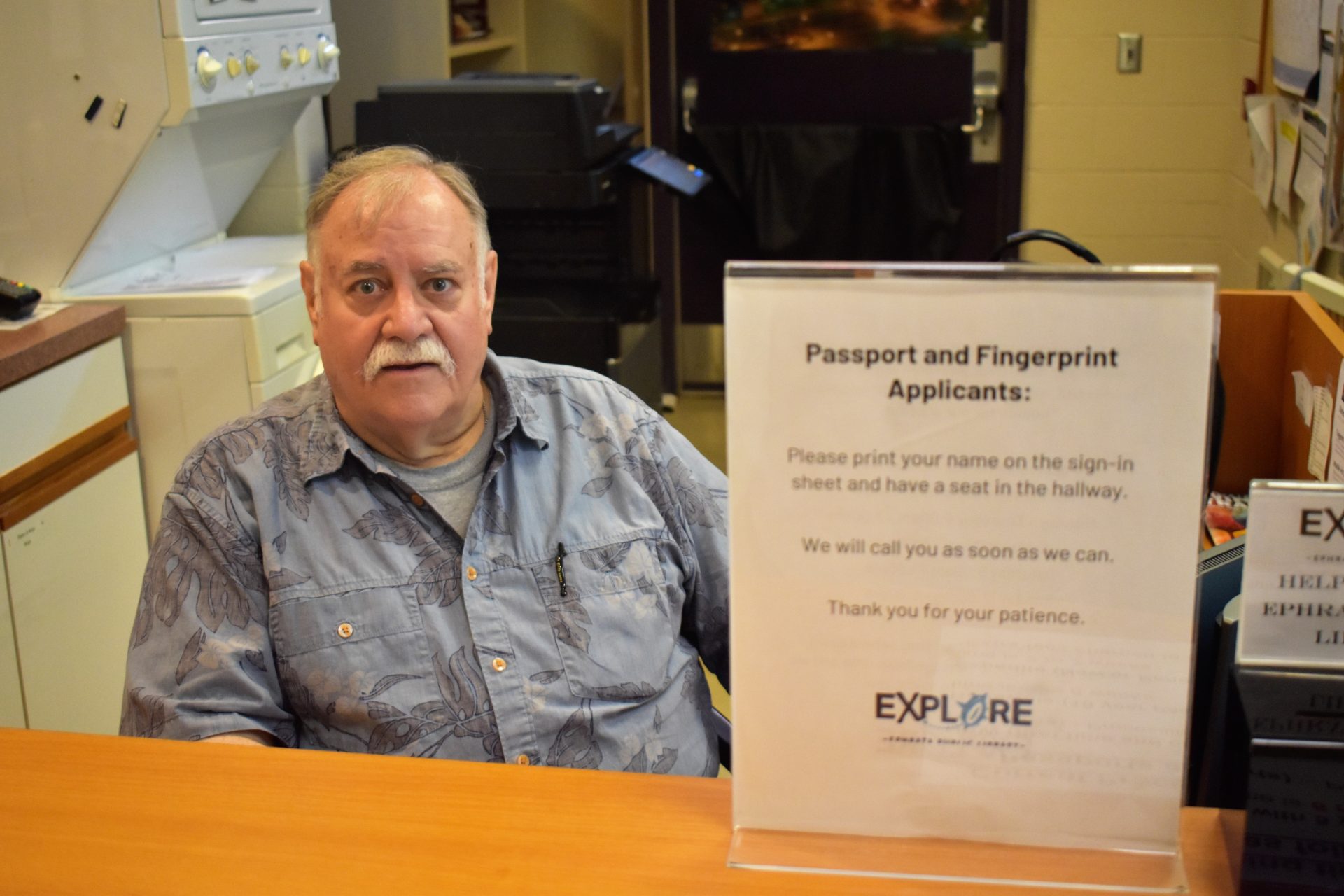 Craig Brenner, a passport agent at the Ephrata Public Library, is seen on July 31, 2019. 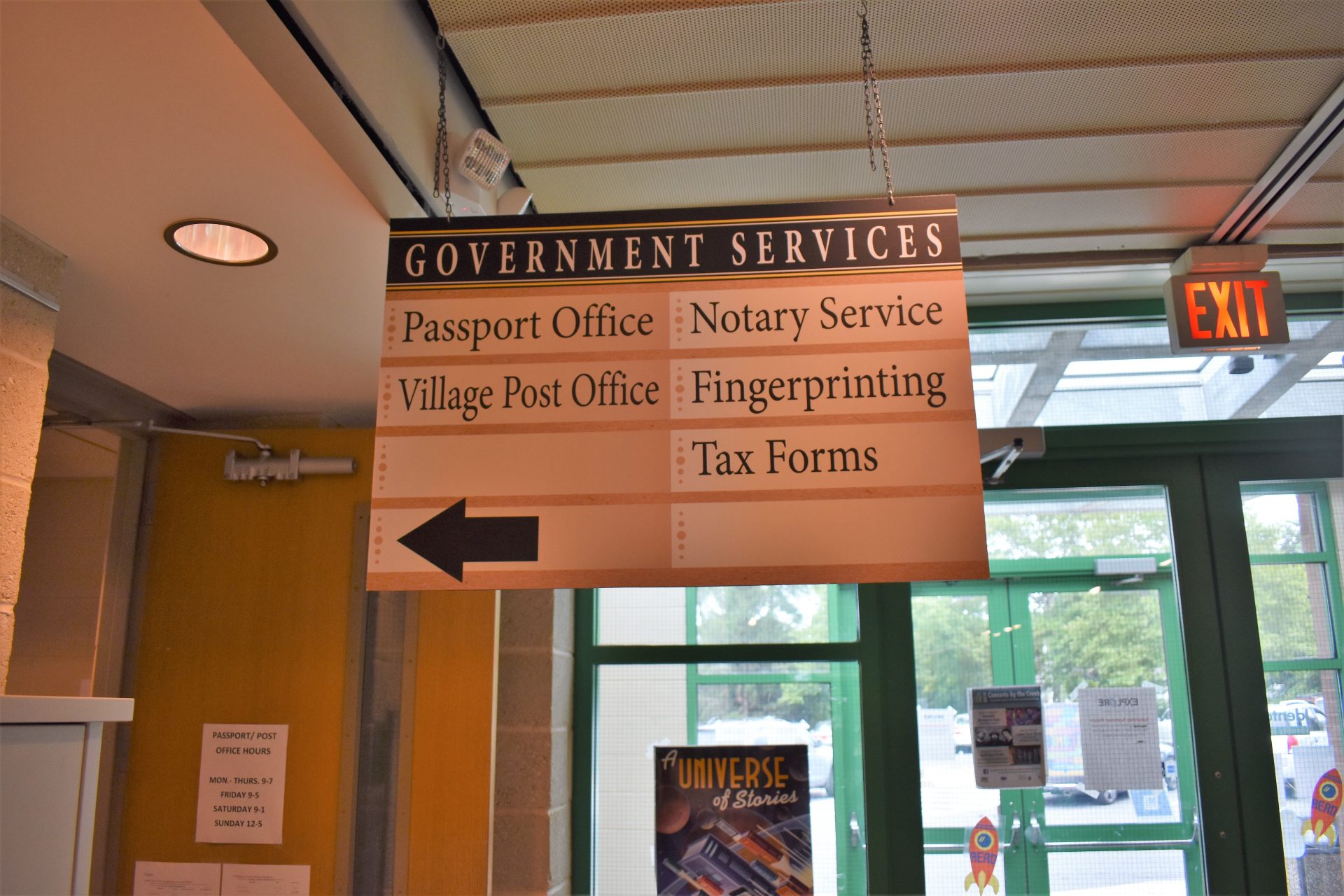 A sign directs people to the passport office and other services inside the Ephrata Public Library on July 31, 2019.

“It makes your video sound sad,” Brandt said and laughed. “Like it’s a tragedy.”

That was the idea, the student said.

In the corridor, grandmother Jo-Ann Keller sat with other adults. Keller said Brandt does excellent work.

“She tries to mix things up to give the kids different experiences, that they can learn at the same time as having fun,” Keller said.

Keller knew about the library’s budget woes, but said she wasn’t sure how she felt about more state money going to libraries.

“It’s a shame. It’s like a double-edged sword. People don’t want to pay higher taxes,” Keller said. “But they still want community services. So it’s kind of hard to figure out where you draw the line.”

Another library patron had a clearer idea. Suzanne Albinson stopped in the library with her granddaughters for a weekly summer library trip. They had a stack of books and a few DVDs they planned to take with them on vacation. Albinson would like to see more state money for libraries.

“I think it’d be a very valuable investment,” Albinson said. “It serves so many people in this community.”

Talbert was still waiting to hear exactly how much more money her library will receive under the funding increase that lawmakers passed. If it ends up with something close to a 9 percent increase, which is what the statewide increase amounts to, that would equal between $10,000 and $15,000 more for the library.

That’s not enough to open the library on Fridays again. But Talbert sees the money as an encouraging sign — and the increase is a chance to talk to the community about the library’s needs.

A lot of people, she said, assume that libraries receive more money from taxpayers than they truly do.

“It’s just not like that anymore,” Talbert said. “So I think we’re not going to be able to effect that real change until people realize what the actual situation is.” 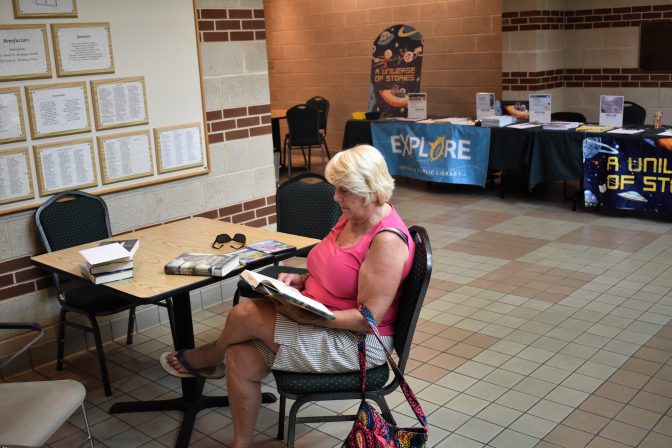 Suzanne Albinson reads in a hallway of the Ephrata Public Library while she waits for her granddaughters to finish checking out items on July 31, 2019.

Dale Hamby of Lancaster County submitted this question to the Listening Post. “Does Pennsylvania support publicly funding libraries? State funding has shrunk and local municipalities are cutting back in order to not raise property taxes.”

We included the question in one of our voting rounds, and it was the top vote getter. Hamby, who unsuccessfully ran for state representative as a Democrat in 2016 and 2018, is vice president of the board for the Library System of Lancaster County.

After Hamby submitted his question, lawmakers included a library funding increase in this year’s budget.

Got a question you want us to answer? Drop us a line at the Listening Post.