Per a state mandate, the Sentencing Commission must create an algorithm to measure recidivism risk. Advocates say this risk assessment is inherently racist. 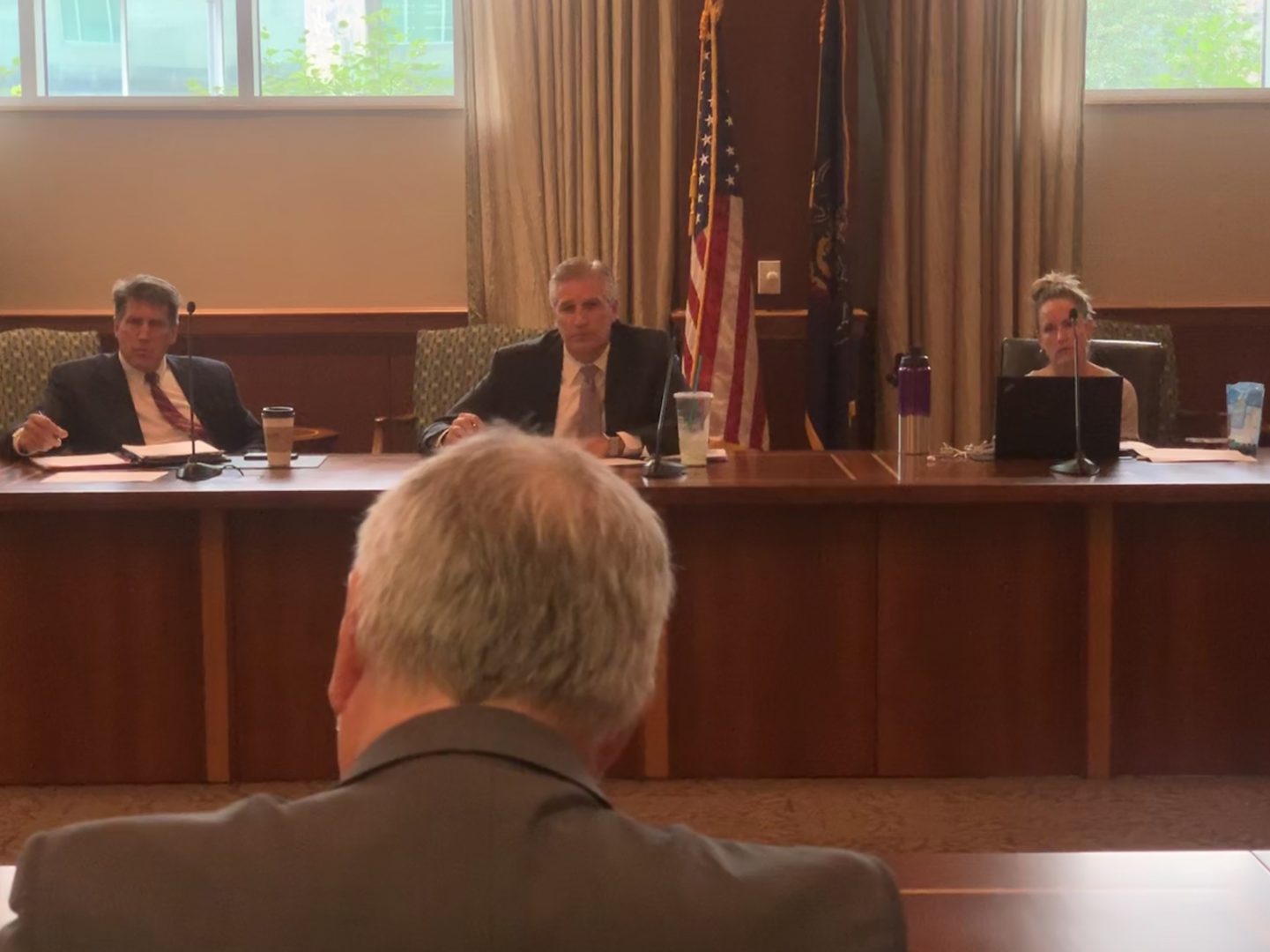 (Harrisburg) – A state commission is holding hearings this week in Philadelphia, Harrisburg and Pittsburgh to get feedback on its latest effort to make Pennsylvania’s criminal sentencing process more objective.

It’s a task they’ve been working on, unsuccessfully, for nearly a decade.

In the latest round, commissioners are running into the same issues that have long plagued the process. Advocates for the accused, like public defenders and the American Civil Liberties Union, say the risk assessments proposed could be biased and racially discriminatory–and that in fact, there may be no way to successfully create a fair risk assessment tool at all.

The effort started in 2010, when the commonwealth’s Commission on Sentencing was given a mandate by the legislature.

They had to come up with an empirical way to figure out the likelihood of a defendant committing another crime and ending up back in the justice system. The stated goal was to make sentencing fairer, and to reduce the population in state prisons.

Commissioners introduced their first risk-assessment algorithm in 2015, but went back to the drawing board when advocates weren’t satisfied. Two years later, their next attempt had a similar outcome, followed by two unsuccessful proposals the commission floated last year.

The current plan is the fifth in the process.

It would build an automatic risk assessment–officially called the Proposed Sentence Risk Assessment Instrument–into the report a court receives on recommended sentences for a person convicted of a crime.

The report is based on gender, age, the defendant’s current conviction, prior convictions, and whether the person was criminally adjudicated as a child.

The algorithm would weigh those factors on a scale, and come up with a risk classification: low, average, or high.

Under a previous proposal, that classification and the reasoning behind it would have been passed on to the judge and attorneys involved in the case. But Sentencing Commission Executive Director Mark Bergstrom said advocates told him they were concerned about that approach.

“The feedback we got the last time around was that it leads to labeling” of defendants and might inordinately influence a judge’s sentencing decision, he said.

So in this iteration of the assessment, the defendant wouldn’t get a label. The court would just get a note advising they seek more information before sentencing in the form of an RNR (risk needs responsivity) report.

Those reports would be carried out by county probation offices, which already use a range of different risk assessment tools of their own to determine the level of supervision people need once they’re out of prison.

One of the more common tools is the Ohio Risk Assessment System. Along with factors like criminal history, it measures risk by looking at things like a defendants’ education levels, jobs, finances, and problems in their neighborhoods.

The state chapter of the ACLU has taken particular issue with this portion of the plan.

The group noted different counties use different risk assessment tools, and said its attorneys fear that would make statewide implementation of the Sentencing Commission’s plan “chaotic.” It added, data points used in some counties’ assessment tools, like the neighborhoods where defendants live or their friends’ criminal records, are “directly correlated to race.”

“Pennsylvania is one of the nation’s worst offenders when it comes to racial disparities in the criminal justice system,” ACLU Criminal Justice Policy Counsel Nyssa Taylor said in her testimony at the Sentencing Commission’s Philadelphia hearing on Tuesday.

The incarceration rate for black people is roughly nine times the rate for white people in the commonwealth.

Taylor added eliminating racial disparities “should be the cornerstone of the Commission’s work. If the panel accepts the current version of this tool, it would be a complete repudiation of the Commission’s fundamental mission and nothing other than a full-throated embrace of a racist tool.”

Dean Beer, who serves as Montgomery County’s chief public defender, was the only person who testified at the Sentencing Commission’s Wednesday meeting in Harrisburg.

He echoed the ACLU’s concerns that counties’ assessment tools may lead to people being designated “high risk” due to racial bias.

Beer said he’s also concerned county probation offices, which he noted tend to be overworked as it is, will be given more duties under the commission’s recommendation.

Bergstrom said the plan would add about 10 percent more work for county offices.

Bergstrom and Representative Todd Stephens, the Montgomery County Republican who serves as Vice-Chair of the Sentencing Commission, led discussion at the commission’s brief Harrisburg hearing and both defended the updates to the risk assessment system.

“In my mind, it is not only unconscionable, it’s immoral and I think it’s inhumane to just simply take an offender, look at the crime they committed, look at their prior record score, and say ‘Okay, you’re getting six to 12 years in state prison,’ without looking at all at what’s driving their criminogenic behavior,” Stephens said.

The state, he said, doesn’t have the tools to do an in-depth, personal assessment on every person who is being sentenced, like the ACLU and other advocates would prefer. He said he thinks the next best option is identifying people who would benefit from either a more relaxed sentence or extra supervision and making sure their needs are understood.

“I do think that the mandate is not only possible, but I actually think it’s necessary,” Stephens said. “I think it’s a disservice to everyone involved with the criminal justice system–including the defendant–for us not to do a risk assessment.”

Bergstrom, in the past, has been less confident about the likelihood of the mandate’s success. After one of last year’s rounds of hearings on different proposals, WESA reported he acknowledged an impasse might occur.

Beer said his ideal outcome wouldn’t involve a risk assessment tool being implemented at all. He wants the legislature to repeal its mandate that one be created.

Asked if it’s possible to reach a compromise, he was ambivalent.

Stephens, who has served on the commission for nearly the entire history of the mandate, said whatever happens next, he’s hoping it happens soon.

“At some point you keep relitigating the same issues,” he said. “I do feel that we need to put this to bed and move on to other issues.”

A previous version of this story incorrectly referred to Representative Stephens as the chair of the Sentencing Commission. He is the vice-chair.

Pa. libraries are getting more state money this year. But it’s still less than what they received 10 years ago