Pa. wants to know what you’re throwing away 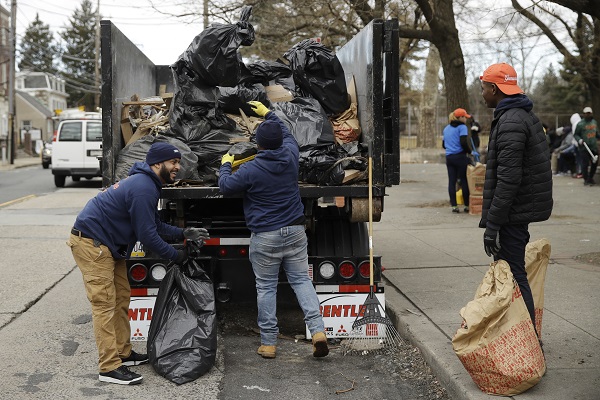 (Harrisburg) — Pennsylvania is going dumpster diving as part of two multi-year, statewide studies of the commonwealth’s trash and recycling systems.

Recycling programs have changed a lot since the state Department of Environmental Protection last undertook an audit of the commonwealth’s trash and recycling streams in the early 2000s.

So, DEP will pick garbage and recycling facilities in urban, suburban, and rural areas in each of its six regions and sort through items to see what people are throwing away and trying to recycle.

The goal is to improve the quality of recycling and trash streams across the commonwealth and show how the DEP and municipalities can improve education efforts.

“We need everybody to be on the same page as to what we’re recycling and focus on getting those materials in the recycling stream and keeping things like plastic bags out of the recycling container, that drive recyclers crazy,” said Lawrence Holley, manager of the DEP’s Division of Waste Minimization and Planning.

Holley said they want to keep the waste stream as clean as possible, by directing things like batteries and old paint to household hazardous waste programs.

He added, the studies will help industry as well as government at the state, county, and local levels because officials will have a better understanding of what they have to manage in the trash and recycling streams.

They could also answer questions such as, should a community open a composting facility and whether waste systems should consolidate by county.

A 2003 study into the state’s waste composition found food waste makes up the largest fraction of disposed waste at 12 percent. It noted corrugated cardboard could be targeted for future diversion to recycling programs.

A look into Pennsylvania’s recyclables composition in 2005 recommended encouraging recycling magazines and suggested single stream recycling, in which all recyclable items are collected in one bin, can lead to an increased level of rejects in the incoming material.