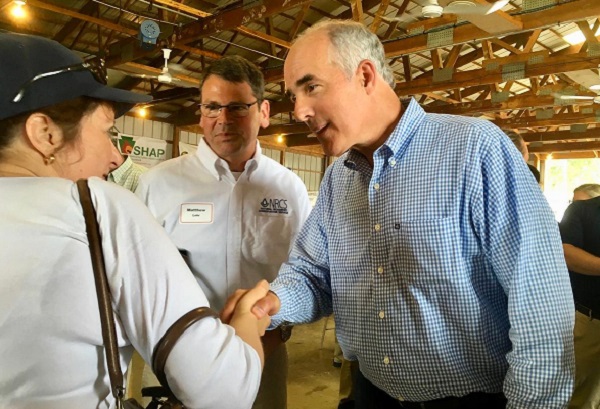 “The legislative intent was ‘Don’t cut the SNAP program,’ and now they’re trying to do that, and we’ve got to fight hard against that,” Casey said.

Casey said SNAP helps not only the families who get assistance, but the economy of Pennsylvania and the nation.

The Trump Administration has proposed changing SNAP rules that would cut the number of families who get assistance by 3 million. That includes an estimated 200,000 in Pennsylvania.

“We don’t want to support a policy that takes school meals eligibility away from 500,000, half a million children, in the United States of America,” Casey said. “There’s no reason for it. There’s no fiscal reason for it, and there’s no policy reason for it.”

Casey called on those at a government and industry lunch to make their opinions known.