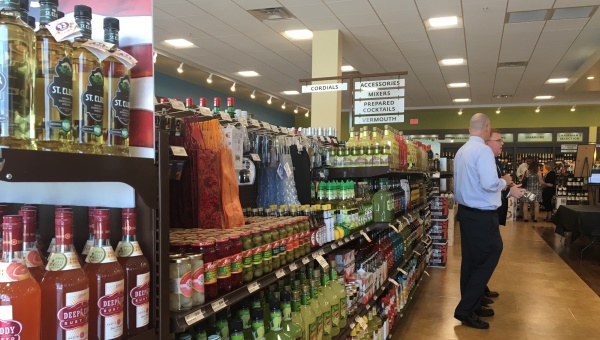 The PLCB launched its flexible pricing after the legislature approved it in 2016. (Katie Meyer/WITF)

Editor’s note: This story and headline have been updated to clarify that industry trade groups representing producers signed the letter.

Industry trade groups representing producers in several countries have signed on to a letter complaining the way the commonwealth prices alcohol is too opaque, and amounts to “stealth taxes.”

Pennsylvania changed the pricing structure for its state liquor industry in 2016, with authorization from the legislature.

Previously, it had levied a flat, 30 percent markup on all the products it sold. But the new system gave the state Liquor Control Board power to negotiate directly with wholesalers, and then set prices based on those agreements.

The change was pitched as a way to save consumers money, but also pump more money into revenue-starved state coffers.

But groups representing producers from Canada, Australia, New Zealand, Scotland, the United Kingdom and the European Union say they’re concerned it has made the markups unfair.

Plus, they say the system’s too opaque.

The PLCB maintains it has been transparent and open about its pricing, and says it’s having “collaborative” discussions about markups with suppliers.

After complaints, senators return to drawing board on part of school safety law