Belmont Charter School lobbied for the innovation schools law and intends to apply for the designation.

Innovation schools? Why a new category of school in Pa.?

(Philadelphia) — Amid a flurry of action before summer recess this year, state lawmakers created a new category of public school — with little warning or open debate — that seems designed to benefit one charter school in Philadelphia.

They’re called “innovation schools.” Backers say the new category is a good-spirited attempt to cut through red tape and test a model that blends academics with behavioral health supports.

Skeptics think it’s a political hand-out that could create a dangerous precedent for other schools who want special favors.

It’s hard to define what an innovation school is at this point. An eight-page insert into Pennsylvania’s school code says applicants can apply to the state Department of Education and submit annual plans about their work.

One part of this law seems to be about giving schools extra flexibility.

If the state education department approves the application and the annual plan submitted by the innovation school, it must then waive any state regulations that would conflict with the implementation of that plan. The department must also seek federal waivers for any federal regulations that could get in the way of the approved annual plan.

Those waivers can be in any of eight categories, including academic testing, behavioral health services, and academic assistance.

The new law also demands better coordination among state agencies on behalf of any innovation school.

And there is one area were the law is strikingly specific: who can apply.

To apply for this designation, the school must be located in a federal promise zone, have partnered with behavioral health specialists, and be within “the bottom 5% of all schools in this Commonwealth based on the percent of enrollment that is economically disadvantaged.”

There is only one federal promise zone in Pennsylvania, and it’s in West Philadelphia. Within that promise zone, there are just seven schools, six of which are run by the School District of Philadelphia. The district said it did not advocate for this law and only found out about it shortly before the legislature approved it.

The seventh school is Belmont Charter School, whose founder, Michael Karp, is a prominent real estate developer and political donor.

Belmont Charter Network CEO, Jennifer Faustman, makes no secret: it was her school that lobbied for this law and her school that intends to apply for the innovation schools designation.

“This has been a long process of advocating to officials to say we need to do something different,” Faustman said. “Our message has been consistent. It’s about helping us help our students.” 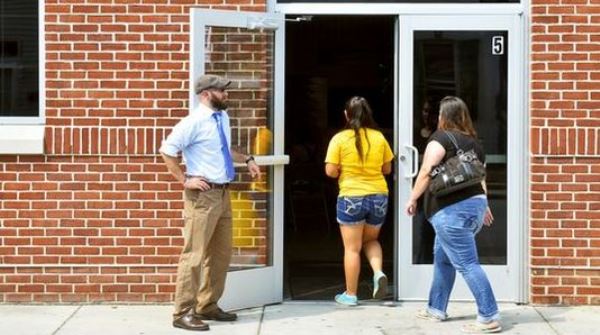 Belmont’s been pushing for over five years, Faustman said, to expand behavioral health services at its schools — especially its elementary and middle school located in the West Philadelphia promise zone.

Critics fear Belmont has created a loophole so that it can avoid accountability. And they worry about the precedent set by the legislature, which has essentially created a new category of school for the benefit of one specific school.

“I have seen thousands of bills come and go,” said Donna Cooper, a former aide to Pennsylvania Governor Ed Rendell and the head of the advocacy organization Public Citizens for Children and Youth. “It’s completely unprecedented.”

Cooper believes the bill’s language is designed to exempt Belmont from the academic oversight that comes with state testing. She also sees it as a conduit for state dollars. In essence, she argued, lawmakers could earmark money for innovation schools as a way to give Belmont extra funding.

“That is a very dangerous and highly cynical approach to figuring out how we give the poorest kids in the city a great education,” Cooper said.

It’s dangerous, she added, because other schools can now ask for carve-outs like this under the logic that “you did this for Belmont.”

Cooper also thinks there are politics at play here.

Michael Karp, who heads the board of the charter school network that oversees Belmont, is a frequent Republican donor. His development company, University City Housing, has been an active contributor to both parties.

From 2010 to 2018, Karp personally donated $502,000 to the House Republican Campaign Committee and $160,000 to the Senate Republican Campaign Committee, according to campaign finance records. He’s also contributed to the campaigns of Senate President Pro Tempore Joe Scarnati (R-Cameron) and Pat Brown (R-Lehigh), chair of the Senate Appropriations Committee.

In 2018, Karp gave more money to state officials than at any other time over that eight-year period.

“It’s clearly an indication of politics, not policy,” Cooper said.

David Hardy, a charter school advocate and head of the group Excellent Schools PA, said he’s uneasy with the idea of a single charter school getting a special carve-out. But he points out that school districts sometimes get emergency funds from the legislature, and he hopes Belmont’s approach will open the door for other charters to get the kind of treatment he believes traditional public schools receive.

“Do I like the idea of one charter getting a special deal? No,” Hardy said. “But if it helps other charters do good work, I’m all for it.”

Through a Belmont spokesperson, Karp declined to speak with Keystone Crossroads. 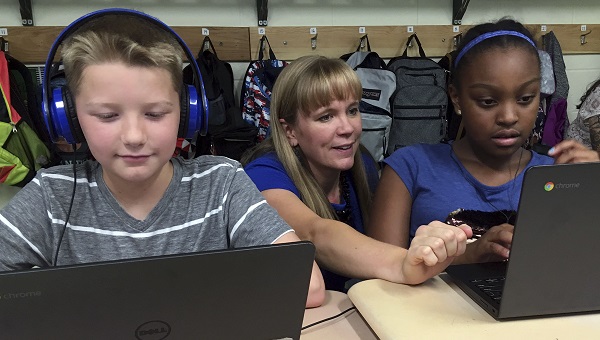 Belmont CEO Jennifer Faustman said the network’s founder has been a staunch advocate for the kids in his schools.

A spokesman for Turzai said the innovation schools program was designed so legislators could make sure it works before expanding it — not as a favor to Karp.

“That isn’t to say it won’t be open to other areas, or even statewide in the future, but the argument in favor is to make sure the program works before offering it on a larger scale,” wrote spokesperson Mike Straub in an email.

Straub didn’t detail what exactly schools in the program would be able to do differently, compared to traditional public and charter schools.

Karp’s no stranger to mixing politics and school advocacy.

He told WHYY’s PlanPhilly earlier this year he wanted Mayor Jim Kenney to help him purchase the school building Belmont Charter has rented from the district for the last 17 years. It appears he convinced another of his political benefactors, City Councilwoman Jannie Blackwell, to hold up a separate land deal in West Philadelphia so that Kenney would facilitate the building sale.

In a twist of fate, that sale might have gone through if not for the emergence of the innovation schools legislation.

In late June, the Philadelphia Board of Education was slated to vote on the sale of the building — which Belmont said it needs to buy so it can make urgent fixes the school district cannot afford to make. Right before that vote, the innovation schools legislation appeared in the state’s school code bill.

School Board President Joyce Wilkerson said the board was caught off guard and needed more time to determine if the innovation schools designation might complicate Belmont’s relationship with the district.

The board said it’s still not sure.

“It was unclear whether Belmont could seek to become exempt from all state and local oversight,” said board president Joyce Wilkerson in a statement. “We are waiting to see the outcome and effect of this legislation before taking action on the sale of the Belmont facility. We want to ensure that no components of this new law override the Charter School Law or the terms of charter agreements.”

Belmont officials think that’s an excuse to delay the land sale. The new label won’t change the fact that Belmont is still a charter school in Philadelphia, subject to district oversight, Faustmann said.

She also downplayed the idea that Belmont wants to duck oversight by avoiding state tests. The school may look to shift the testing window or find testing “alternatives” for students who have “high behavioral health needs” or come from “a traumatic background,” Faustman said.

“I don’t want to focus too much on testing, ” she added. “We’re more excited about the fact that we could start to get innovative with social service and behavioral health programs.”

That, Belmont leaders say, is the real purpose: to cut through red tape and find new ways to support low-income students. More than 9 in 10 Belmont students live in poverty, a rate well above the district average.

Faustman believes her school can shed new light on how to serve at-risk students, and become a “proof point” for others with similar student populations.

“Show me a model that’s working right now in the city of Philadelphia,” she said. “It doesn’t exist. This is completely necessary.”