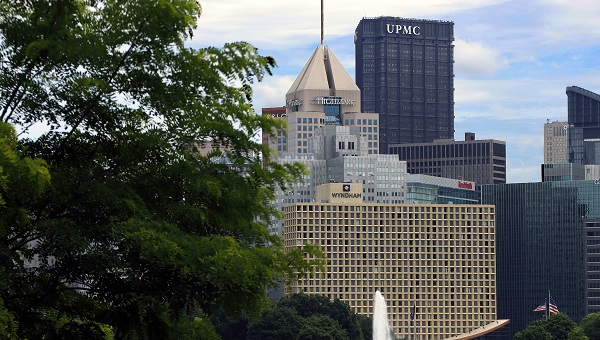 The Highmark and UPMC buildings stand among the downtown Pittsburgh skyline on Monday, June 24, 2019. (Photo by AP)

(Harrisburg) — Pittsburgh-based insurer Highmark has to pay the commonwealth $145,000 after a mistake that led to a number of businesses being overcharged for workers’ compensation.

The issue dates back to a filing error.

The Insurance Department says incorrect information was then passed along to the Pennsylvania Compensation Rating Bureau, which ultimately had some businesses pay out higher workers’ comp rates than they should have.

The department had to issue revised insurance rates in the middle of last year to fix it. And so far, 90 workers compensation insurers have reimbursed businesses for the overpayment.

BrickStreet was fined alongside Highmark. It’ll have to pay $80,000 for the error.

The insurance department is also requiring the rating bureau to boost its internal controls to guard against similar errors in the future.