After complaints, senators return to drawing board on part of school safety law 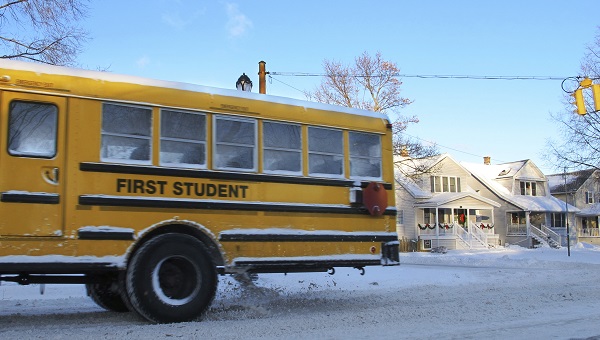 A bill that aimed to give schools more security options ended up taking away arrest powers from certain officers. Now, they’re pushing back. (Photo by AP)

The measure came with an unintended consequence — taking away their arrest powers.

The school safety bill, SB 621, was signed this summer as part of the state budget. It is a response to Act 44, another education bill that was signed last year.

The state had interpreted Act 44 to mean school security guards cannot be armed, so lawmakers drafted SB 621 in an effort to clarify that they are, in fact, allowed to carry weapons if the school district requests it. Plus, it lets sheriffs and deputies serve as school resource officers.

But the measure also contains a less-discussed provision.

Schools have different categories of security officers. One of those categories includes both law enforcement directly employed by schools, and officers who work through third-party vendors.

A staffer for GOP Senator Mike Regan, who sponsored the bill, said some lawmakers were concerned about giving arrest powers to officers who work through vendors, since they don’t report to a public entity.

“The main concern is accountability,” Legislative Director Erin Marsicano said. She noted, that concern was initially raised by the Fraternal Order of Police.

In response, during the late stages of drafting Regan’s bill, lawmakers decided to take away arrest power from an entire category of school law enforcement — both third-party vendor officers and officers employed by a school directly.

Officers in that category have always had to petition a court of common pleas judge to be granted law enforcement powers.

When the new law goes into effect at the end of August, they’ll still be able to petition for the ability to carry firearms and to detain people and issue summary citations. But they can’t be granted arrest powers.

Complaints have begun trickling into Regan’s office from districts across the state.

The Sunbury Daily Item reported that officers in Snyder County, for instance, felt blindsided by the change.

Now, Regan and other senators are working on an update to the law to return arrest power in certain cases.

The goal, Marsicano said, is still the same as it was when they first passed the bill — make sure make sure schools can return to the security options they had before Act 44 took effect.

“We recognize the need to do this for the School Police Officers while recognizing the concern raised about third-party vendor employees having police powers,” she added.

It is unclear what the legislative solution will look like. Marsicano said Regan plans to get the ball rolling when the Senate returns to session in the fall.