People embrace along the street in the Squirrel Hill neighborhood of Pittsburgh where a shooter opened fire during services at the Tree of Life Synagogue on Saturday, Oct. 27, 2018.

After a bloody weekend during which mass shooters in Ohio and Texas killed 31 people with high-capacity rifles, President Donald Trump voiced a familiar sentiment while listing plans to prevent such shootings.

“… we must reform our mental health laws to better identify mentally disturbed individuals who may commit acts of violence, and make sure those people not only get treatment, but when necessary, involuntary confinement,” Trump said. “Mental illness and hatred pulls the trigger, not the gun.”

Some state lawmakers also called for such plans as part of the solution to gun violence.

To some people, the act of indiscriminately shooting people is by itself evidence of mental illness. However, groups such as the American Psychological Association and the National Association for Mental Illness say that’s not true.

Transforming Health posed five questions to mental health professionals in Pennsylvania. While they each brought different areas of expertise to the table, there was a lot of consensus in their responses. They pointed to some key data that informs their perspectives: 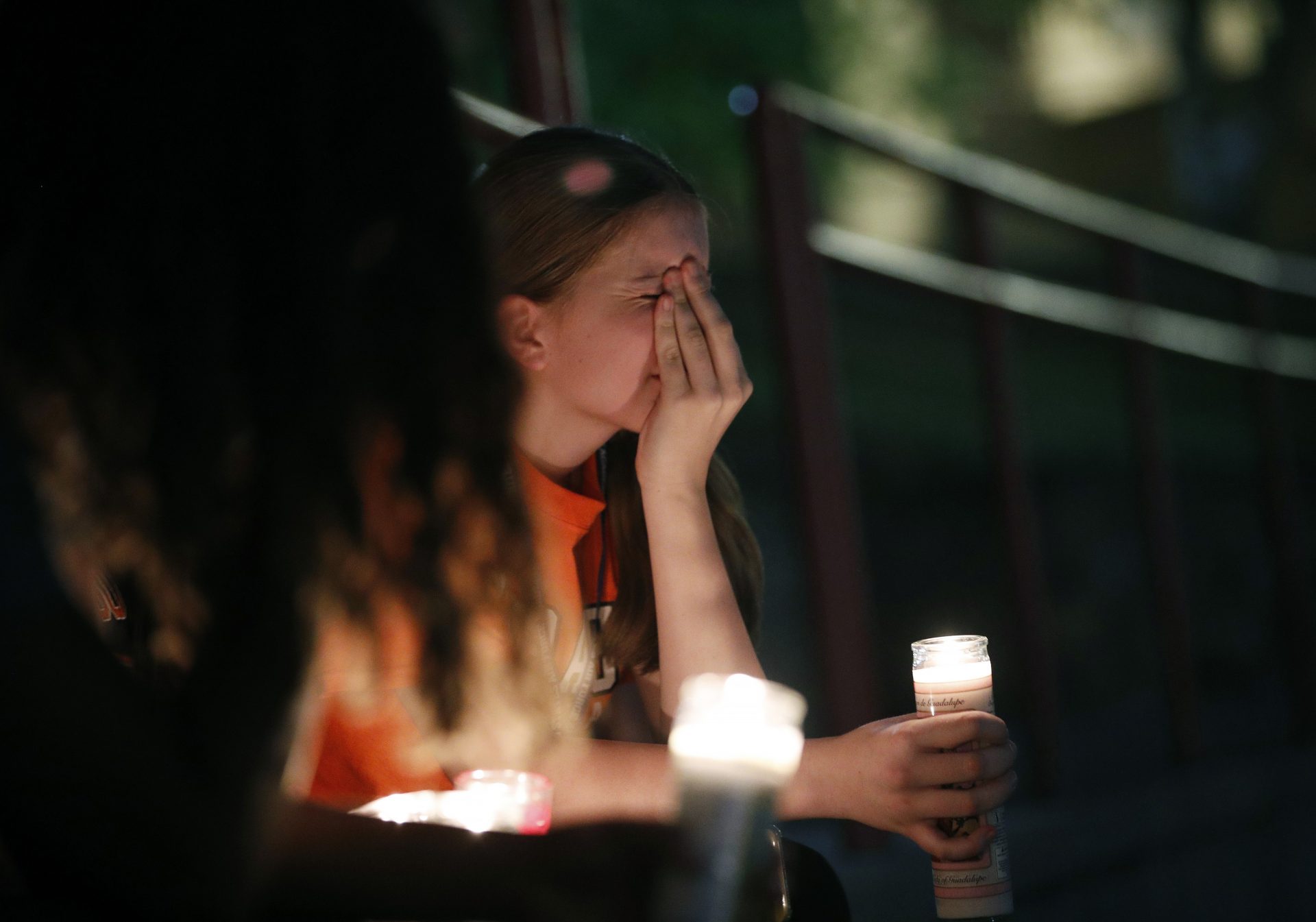 Sherie Gramlich reacts during a vigil for victims of a mass shooting that occurred earlier in the day at a shopping complex Saturday, Aug. 3, 2019, in El Paso, Texas.

What follows are excerpts from their responses, edited for length.

The president and others have said mental illness is driving mass shootings. What are these public figures getting right or wrong in saying this? What are the big misconceptions out there?

Dirk Matson, Westmoreland County behavioral health administrator: There is little evidence to support that mental illness drives gun violence. According to the National Center for Health Statistics, less than 5 percent of 120,000 gun-related killings in the U.S. [between 2001 and 2010] were carried out by a person diagnosed with a mental illness. It is more politically and socially acceptable to blame those with mental illness. People will believe a quick answer that has face value, no matter how untrue it may be. However, it creates more harm by strengthening the stigma associated with mental health, preventing many people from seeking help that have a real mental illness and who are not violent. 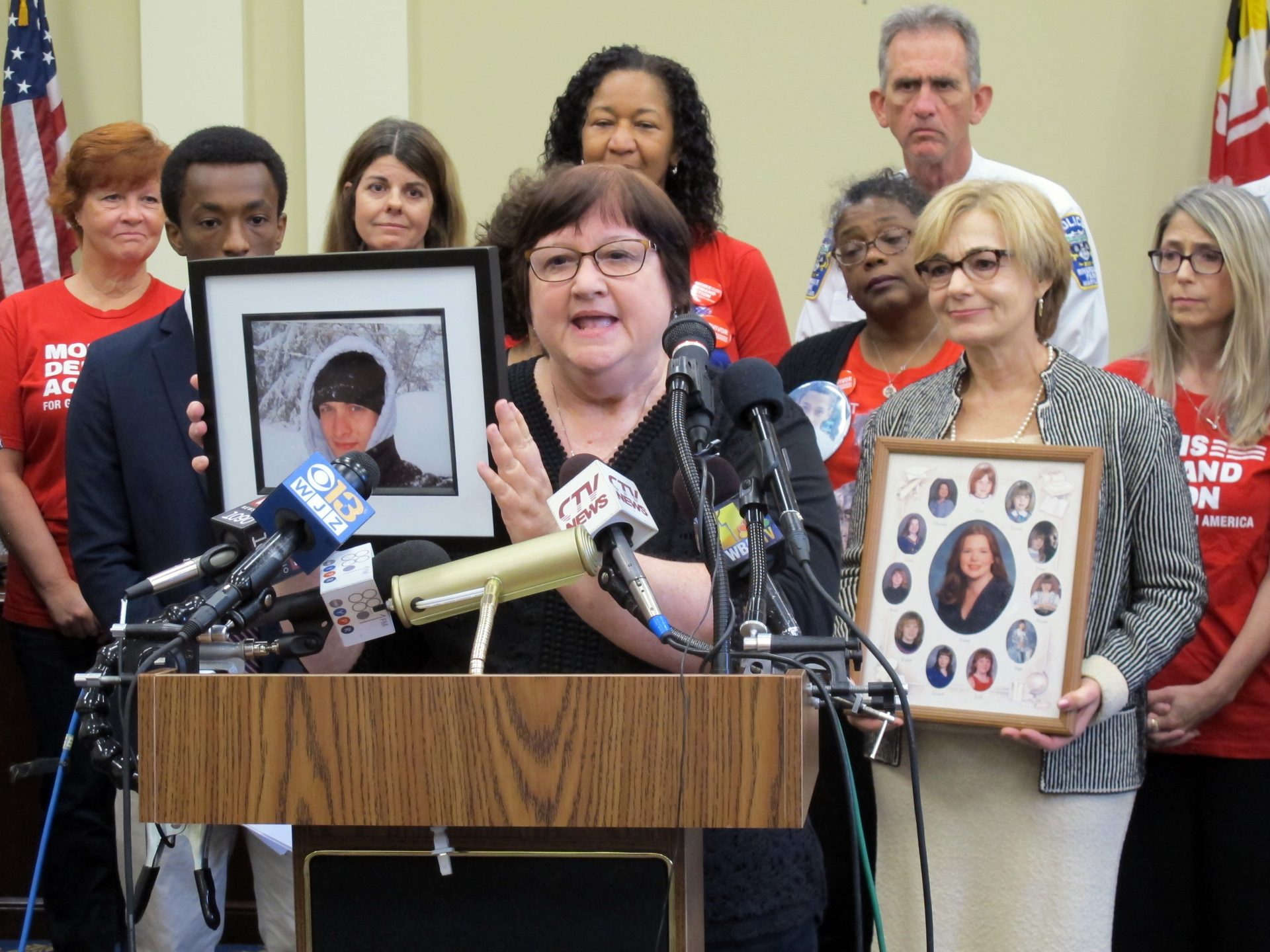 Dorothy Paugh holds a photo of her son, Peter Lapa Lilly, during a news conference in Annapolis, Maryland, on Monday, Oct. 1, 2018. Lawmakers and gun-control advocates held the news conference to discuss a new Maryland law that enables courts to temporarily restrict firearms access for people found to be a risk to themselves or others.

Dr. Adriana Torres-O’Connor, psychologist and president/CEO of Mental Health Partnerships: There is the mistaken belief that people who are experiencing mental illness are dangerous and violent. In the majority of cases, that’s not true. It’s that mistaken belief that perpetuates stigma, and as a result, people are not getting treatment. So although the statistics are that 1 in 4 adults in United States and 1 in 5 children experience mental illness, less than 50 percent of people are actually seeking treatment. And the treatments are extremely effective, not only at reducing symptoms, but in helping people to recover. And when you have less than 50 percent of people seeking treatment because of fear of discrimination and stigma, that’s a huge problem.

What’s your initial reaction when you hear lawmakers or politicians saying, after a mass shooting, that society needs to focus on better mental health care?

The perpetrator of the recent shooting in Texas voiced white nationalist sentiments. At what point do violent ideologies lead people who are susceptible to such ideologies to commit violence for that cause?

Dr. John “Jack” Rozel, medical director at re:solve Crisis Network, Western Psychiatric Institute and Clinic of UPMC: We don’t have a psychiatric diagnosis for being racist, or for being extremist. When we look at people who are involved in hate groups. who have that hate ideology, we don’t actually see that much of a difference in psychiatric illness than we would in any other sampling. We have studies of what we call non-ideological mass shooters. And what we find, about 1 in 4 of these folks have an identifiable history of psychiatric illness. In one study, when they looked at folks who are involved in ISIS related and ISIS-inspired attacks across the world, and both in the U.S. and in Europe, they found about 1 in 4 of these folks had some type of identified psychiatric illness. They’re not mutually exclusive, but they’re certainly not contingent upon each other. One of the best data sets that’s come out recently came out June of 2018. And it looked at about 12 to 13 years of FBI data on assailants in these mass attacks. And what they found was that about 25 percent of them had an identified psychiatric illness, but less than a quarter of those who had a psychiatric illness had what we’d consider a severe or a major psychiatric illness like schizophrenia, or severe bipolar disorder. Most of these folks, they had a little bit of depression, a little bit of anxiety, maybe a history of ADHD. Yeah, it’s there, but it, it doesn’t define their life or their behavior. 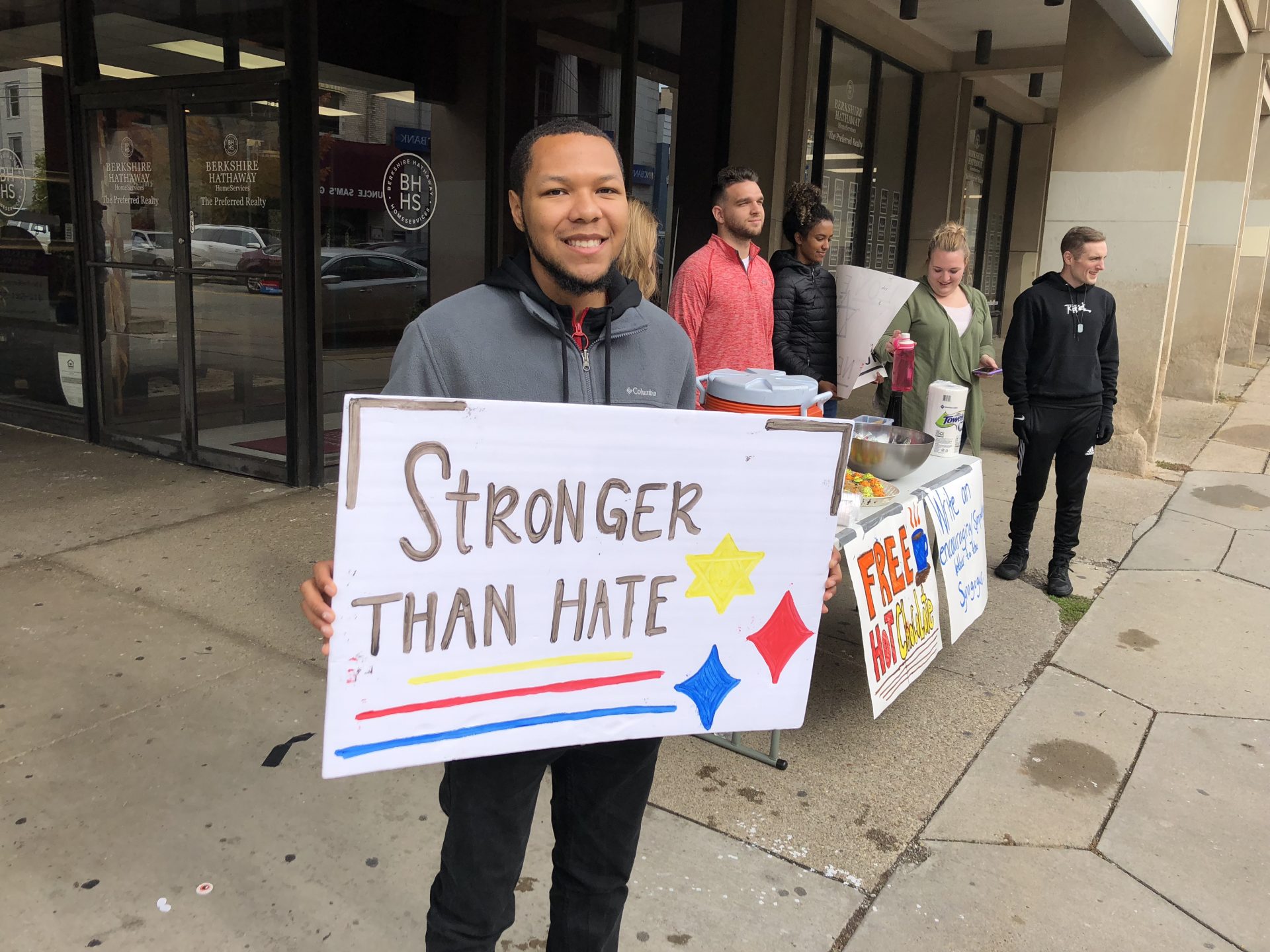 Dean Garland Jr., who grew up in Pittsburgh, holds a “Stronger Than Hate” sign on Nov. 1 in Squirrel Hill. Days earlier, a man shot and killed 11 people at the nearby Tree of Life synagogue. Six people were wounded.

What in your opinion is one thing we could do now to prevent mass shootings?

Dirk Matson: Public education about substance abuse, trauma, poverty, mental health, domestic violence and other areas that will bring awareness and coping skills. Thorough follow-up responses by mental health professionals in community or individual situations where there has been violence, loss, sex abuse or any form of trauma. Universal background checks for weapons in all of our states. As of 2016, only 8 states have universal background checks.

Adriana Torres-O’Connor: Mass shootings and violence are complex and truly multi-factorial problems that need to be approached holistically and systemically. It can’t be about placing blame, but rather, we need to find solutions in the short-term and the long-term. And I think overall, as a society, we’ve lost our interconnectedness. People feel more isolated than ever, and the ability to empathize and tolerate differences has really been impacted. And I think as a community and as a country, we need to work on improving our connections with each other, and being more open to learning about and tolerating difference, and that needs to permeate through all levels of society.

Dan Eisenhauer: I’m not aware of any single thing that could be done right now that would immediately reduce mass shootings in America. (Dan did point to a recent PBS News Hour piece addressing some potential solutions to gun violence).

John Rozel: So the first thing I’d say is, the most important things we can do to prevent the next mass shooting are not about psychiatric diagnosis, psychiatric interventions, but it is about threat assessment. This is a model that we’ve had for a generation. It began at the US Capitol Police, at the Secret Service…as we were trying to protect our elected officials. And what we learned is that using the multi-disciplinary approach can be really helpful. Right now, sitting in the House Judiciary Committee is something called H.R. 838. It’s a great way to provide resources to develop and implement threat assessment programs across the country. It’s an effective tool, and we could get a lot of mileage out of it, not just for these large mass attacks, but for the day to day violence that makes up 99 percent of violence in our country.

Psychologist on mental health treatment for young people: Get the ball rolling